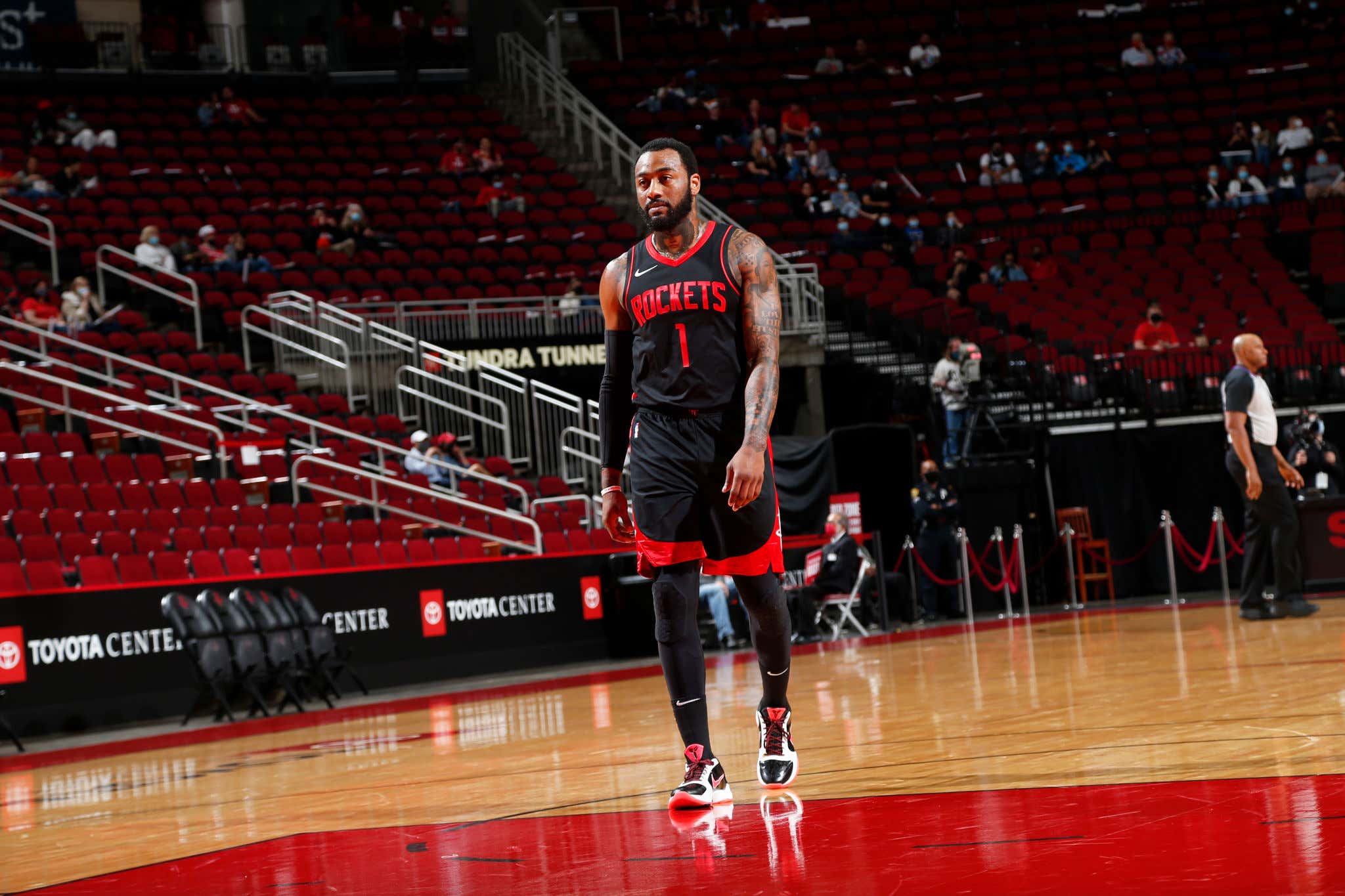 The last time we saw John Wall play in an NBA basketball game April 23rd, 2021. It was a decent showing with Wall putting up 27/3/13 in 39 minutes. From that moment on, he's been more of an "idea" than an actual player. The beauty of guaranteed contracts though means we were going to get the easiest no brainer in the history of no brainers. There was no chance John Wall was going to willingly turn down $47.4M dollars. The same way there's probably zero chance that Westbrook turns down his $47M player option this summer unless the Lakers pony up and offer him an extension. At the end of the day, the Rockets (or whoever trades for him) is going to be on the hook for that money unless something happens

Yeah, so this is looking like a buyout. Unless we're going to get a Wall/Westbrook Version 2.0 trade, who the hell is giving up everything it'll take salary wise to match that Wall money. This way he gets his money and once he's bought out he'd be free to sign wherever. My question is if you're Wall, would you even agree to a buyout? You usually don't get the full amount when you do that, and is it the worst life to not have to work and still make $47.4M? Then you're even healthier and fresher next summer and you can go wherever you want. From the sounds of things it seemed like Wall actually wanted to play this year, but the team basically told him to kick rocks. I get it, he's not part of their future, they were most definitely not in the business of winning games last year, so why play a guy who A) could get hurt and B) might actually help you win games.

Let's say Wall does get bought out, he is an interesting player if truly healthy. I mean it's been 424 days since we've seen him play, and he'll turn 32 right before the season starts. That's exactly not a normal 32 though since he's only played a total of 3,802 minutes dating back to 2017-18 and he's completely missed 2 of the last 3 seasons. If he's ready and willing to take a reserve role, you can't tell me his talent can't help a roster if the buy in is there

The last time we saw him (40 games in 2021), Wall did put up 20.6/3.2/6.9 in 32 minutes a night. The efficiency hasn't been good for the last handful of years and he's not exactly a three point shooter, but he does have good size, and if healthy he can give you something as a defender/playmaker. I think the deal with Wall has more to do with his current team situation and contract than ability. On the right team in the right environment and with the right role, I do think Wall can be effective.

Once he's bought out, none of those roadblocks exist anymore. Wall might not look attractive at $47M, but what about at like, 6-10M? I think that's a different discussion. You may not feel great about having Wall be your starting point guard and franchise cornerstone anymore but as a reserve backup PG/SG? This feels like the classic case of a guy whose arrow might be pointing down right now who signs a short term prove it deal, has a healthy year on a team that wins, and suddenly the narrative around him changes. It would not shock me if once he's bought out the market for Wall looks entirely different. There are plenty of contending teams right now that could use some point guard depth, and a bought out Wall could be the type of value a smart team pounces on. Especially if that organization has a good culture and direction. For a time, that was the deal in HOU before they decided to smash the rebuild button. Rebuilding teams don't need someone like Wall, but a contender might, and there are plenty of teams that fancy themselves a contender this summer.