This has gotta be one of the scariest moments a human being can face. You're randomly walking on the street when someone begins to interview you. Along the way they bring up Mike Tyson, so you answer honestly. Then after talking about him, like Slenderman in the woods, he appears right behind you. CHILLS!

There's not many human beings on planet Earth as scary as Iron Mike Tyson, so you better hope what you said didn't piss him off. 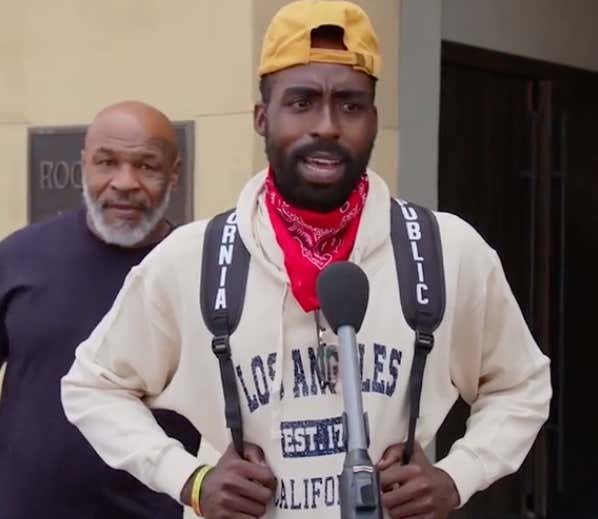 The majority of these weren't that bad thankfully. But the second dude kicked off his interview by saying Mike's face tattoo's were fucking ugly! Then before he knows it, he's turning around and looking at Mike with the face tattoo straight in the eyes. My guy should be happy there wasn't a ring around them! Mike might've turned back the clock.

Mike Tyson is still THE GOAT. I wish I was able to see him during his fighting days.

Relive some of his greatest knockouts with this 120 MILLION viewed YouTube video: