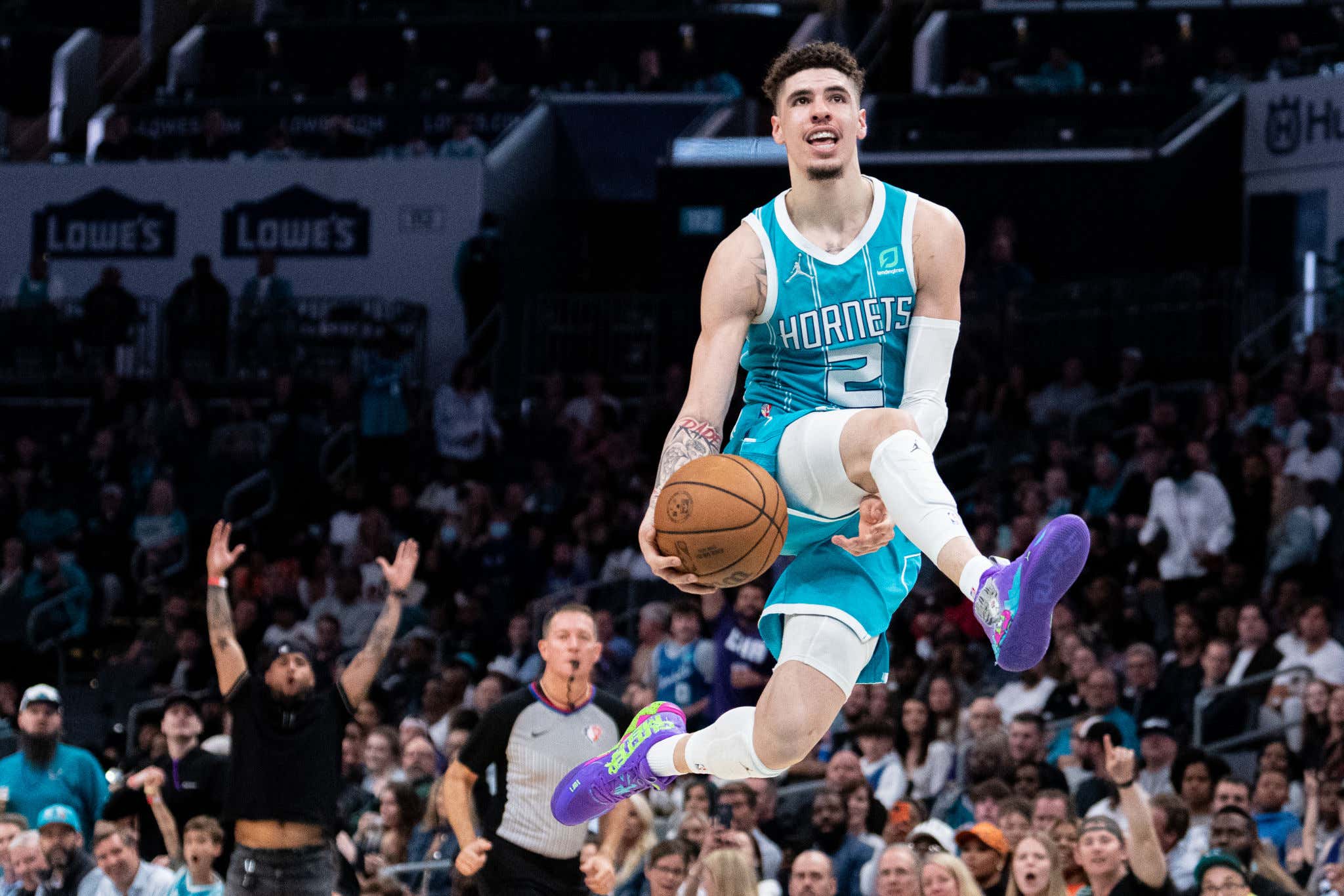 When the Charlotte Hornets decided to part ways with James Borrego, it was certainly a little surprising. A good up and coming coach, Borrego had gone from 23 to 33 to 43 wins over the past 3 seasons. Sure the defense was still an issue and the Hornets mostly got by through their must watch offense, but there did look to be some progress happening. Plus their roster is super young so it was a little shocking to see the team decide to go in a different direction.

When Kenny Atkinson was offered the job and then decided to pull out last minute to stay in GS, you got the sense that MJ knew that the defense had to change so to do that they should bring in a defensive minded coach. Well, that line of thinking can be completely thrown out the window now that it sure looks like Mike D'Antoni is in a great spot to take over this roster. It's almost as if they're deciding to double down on their offense which certainly isn't the worst idea when this is your starting point guard

I'm also going to assume that the Hornets step up and pay Miles Bridges. He wants the max or close to it, there's obviously going to be some posturing from all sides over the next few weeks, but given the leap he made this season I can't see the Hornets letting him walk out the door.

It goes without saying that the Hornets were already a League Pass Must Watch team even without D'Antoni in the mix, especially offensively. They were 4th in the NBA in points (115.3), 5th in 3PM (13.9), 6th in 3P% (36.5%), and 1st in AST (28.1). It was the root of their surprise season, and if not for some Hayward injuries (sigh), this team was in top 6 contention for a large part of the season. I'd say the one glaring issue on their roster is clearly the center position, and already we're hearing the rumors that they are back in on someone like Myles Turner. How many times can that scenario be rumored before it just actually happens? Pull the trigger already.

So if you're telling me one of the best offenses in the NBA which is run by one of the most exciting young point guards in the NBA is going to be coached by one of the best offensive minds in the NBA, hell yeah I'm excited to watch some Hornets basketball. How many times has that sentence been typed? Can you imagine what that meeting with MJ is like? It's very obvious that D'Antoni was not the first choice seeing as how this job was already offered to someone else, so how does that conversation go? Does D'Antoni give a shit? I mean a head coaching gig is a head coaching gig no matter how you get it. Maybe his price went up by a few million or something but last time I checked MJ is a billionaire so who cares. If MJ is just going to accept that his team will forever have defensive issues, you may as well do whatever you can to bring in a guy who can help you average 120 a night.

I want this to happen mostly for the potential of what the 7 Second or Less offense could look like with LaMelo. If you thought those Suns teams played fast or those Rockets teams shot a lot of threes, well what do we think a Hornets team that already shoots a shit ton of threes and plays very fast will look like. It's not like the Hornets don't have talent, of course they do. It's all just super young. Given what their roster looks like, a coach like D'Antoni make sense on paper. His style and his approach fits what they have.

The goal for the Hornets should obviously be to stop losing in an embarrassing fashion in the play in tournament. So far, they're 0-2. But if they get some internal improvement on the defensive end, find a way to address their glaring need at the center position and mix all that in with some D'Antoni offensive magic, I don't think that's an unrealistic expectation. We've seen the flashes at times during the year, but now it's about finding that level of consistency that teams usually have when they make their next leap.