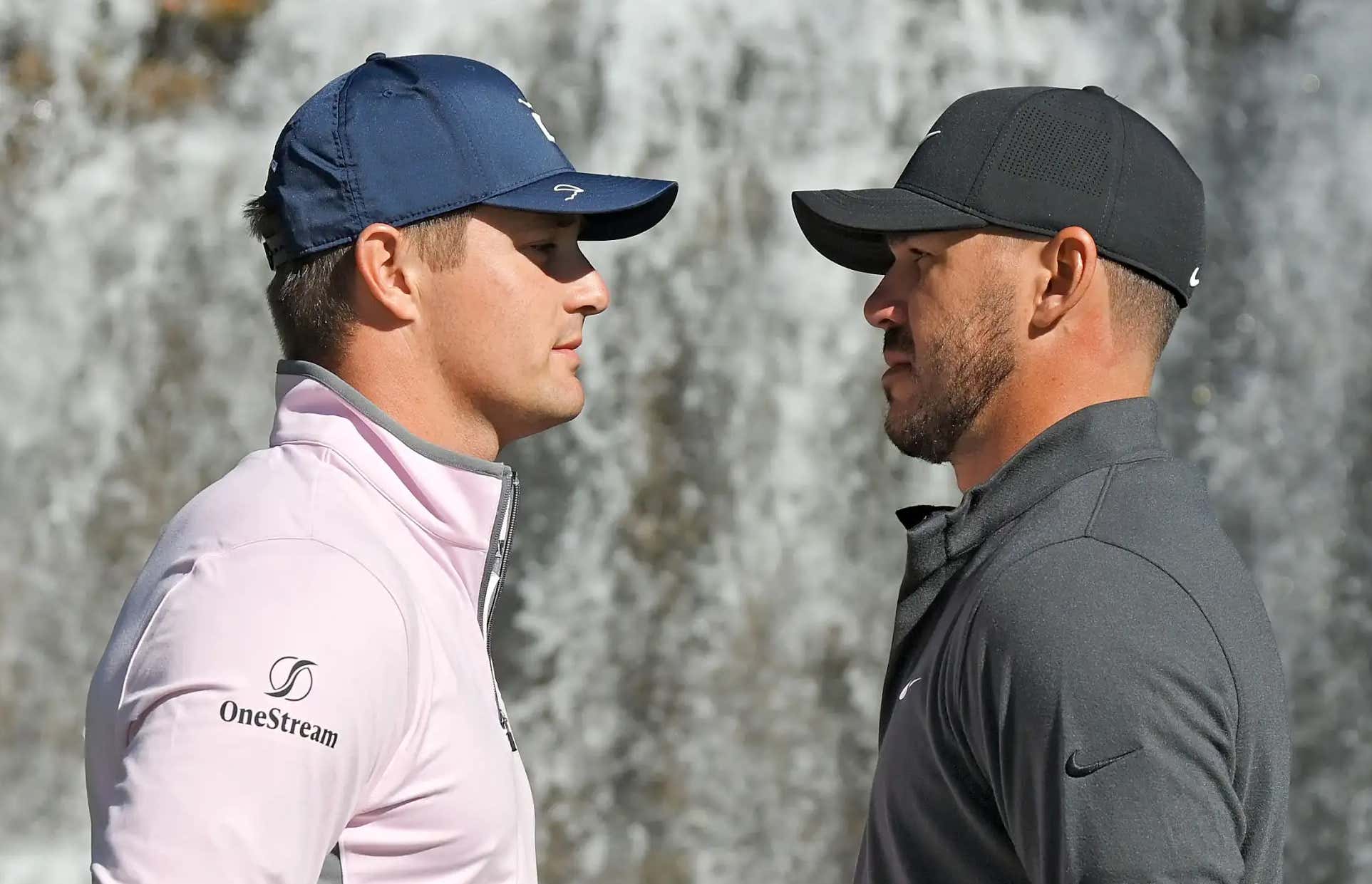 Does LIV Golf need enforcers? I mean aside from the ones they already employ to make sure journalists don't ask any tough questions at the press conferences?

You bet your sweet ass, they do. Because LIV has a chance to actually help grow the game like they've been trying to make it seem like they're doing. You can argue all day until the cow's come home about the definition of sportswashing. You can say that for the most part, LIV has only been able to secure golfers who are past their prime or just seem to be a general nuisance for the PGA Tour anyway. But what you can't say is that some good ol' fashioned fisticuffs in the middle of the 12th fairway wouldn't be the greatest non-Tiger moment in golf history. And they have the ingredients to make that happen now that Bryson and Brooks have both defected.

Obviously it'll be tough to get Brooks to care enough to drop the glove and square off with Bryson. But LIV just needs to keep pressing the buttons. Keep pairing these guys up every week there's an event. Push them to their breaking point. There has to come a time when Brooks stops thinking about his bank account and just lets the rage take over. And when these two finally snap and start beating the shit out of each other in the middle of the fairway (or more likely 50 yards off to the right while they're looking for Bryson's drive), don't suspend them or kick them off the tour. Just add a stroke to each of their scores and watch the ratings skyrocket.

If there's one thing that golf has been missing, it's fighting. It's been a gentleman's game for far too long. Time to goon it up a bit.