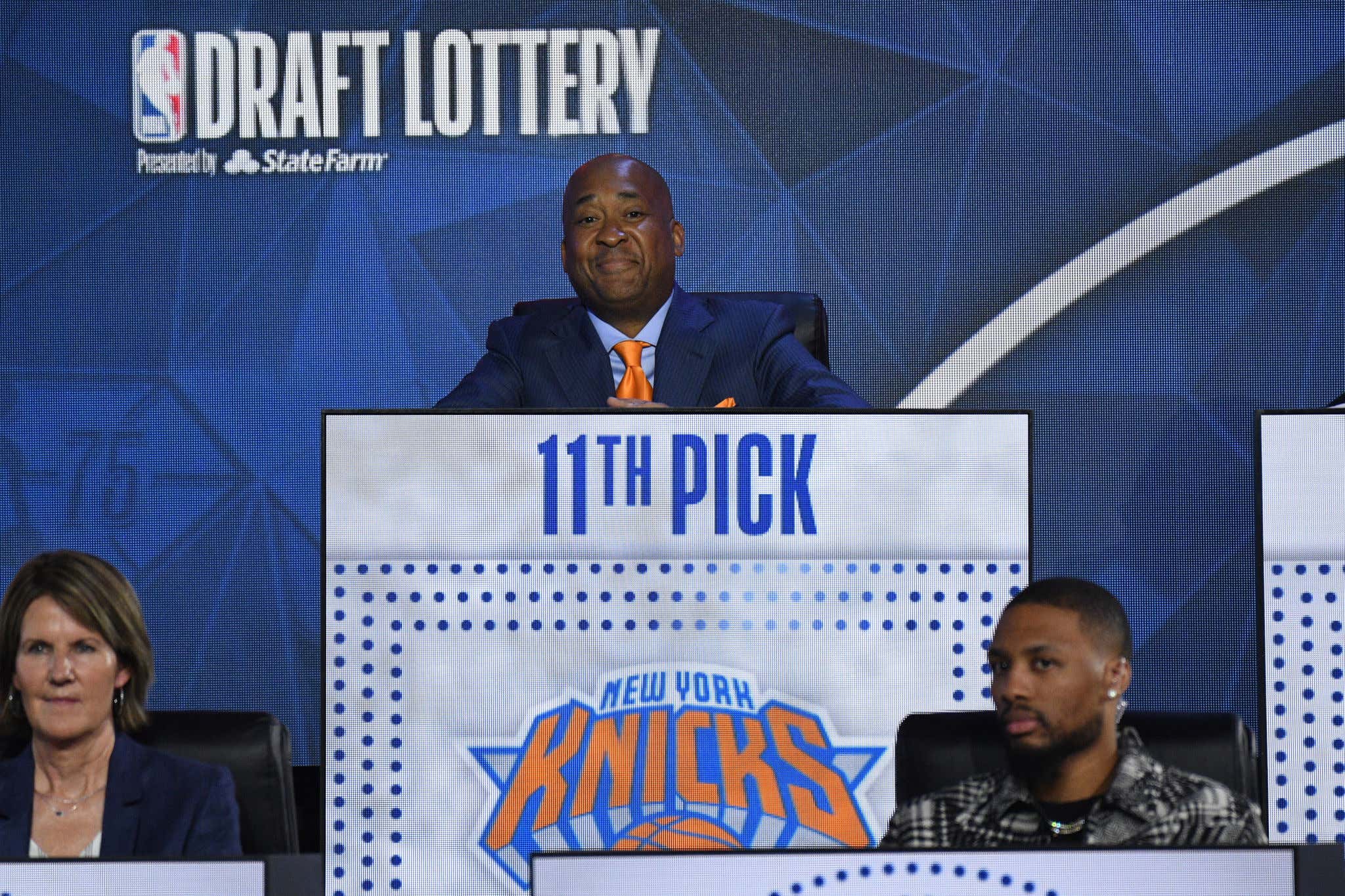 Alright, we're at draft week and wanted to take a page out of Jerry's blog and focus just on one team here. My Knicks. Why? Well, because I care about them and they are one of the most fascinating teams heading into the Draft. It's simple in the fact that the Knicks need to make a move this offseason. They basically have everyone back - Mitchell Robinson is an unrestricted free agent. But everyone else is under contract and can/will be used in trades.

Let's get right into it. Here's what the Knicks currently have:

Yep, not shocking. However, this is what sucks. The Draft is first. There's not a guarantee to land Jalen Brunson because of Dallas wanting to re-sign him as a free agent. They can't necessarily just sit and wait unless there's a wink, wink guarantee from Brunson's camp. Shedding the $25 million isn't all that tough to do for the Knicks with the assets they have going forward.

This seems like the way more likely scenario than Brunson. Simply because the Knicks aren't going to want to wait and the picks at 11 are just kind of whatever. Brogdon has been linked to the Knicks for what feels like at least a year already. Now the problem here is the Pacers are trying to actively move up to 4 to land Ivey. That will help in terms of the Knicks landing Brogdon but going to take more talks and different sort of negotiations. I would say this is the most likely outcome though. The Kings apparently are high on Keegan Murray, who could be available at 6. At the worst spot they could get Murray or Mathurin while still landing Duarte and a package from Indianapolis.

(h/t ESPN) The Knicks could also create enough cap room by dumping significant salary on a team like Oklahoma City, in order to go after a big-name free agent -- Kyrie Irving, for example.

In a word - no. In three words - absolutely fucking not. I don't want Kyrie around the Knicks at all. Sure, he'll be best player the Knicks have had in decades. He's just, he's just not worth it. He's not worth blowing it all up for when he's not reliable to stay on the court, stay with the franchise or do anything sensible. You're not winning a title with Kyrie. You're not building a future around Kyrie. Just no.

Remember we're talking about the Knicks here. A handful of mocks I saw today had the Knicks taking AJ Griffin from Duke. Sure? I don't love it because Griffin has a ton of medical concerns and defensive concerns. He might be the best shooter in the class but does that really matter to Thibs? It's not like he's consistently playing IQ, Grimes and McBride out there. Other list of guys if the Knicks stay at 11 that I prefer in order:

To me it's simple. The Knicks need to land a lead guard or a star. At the same time if they let Mitchell Robinson walk they need to look at the centers. But the only centers truly out there are Jalen Duren and Mark Williams. I have Sharpe and Duren at the top-2 because they have the highest ceiling along with Branham out of the realistic group at 11. Davis and Agbaji are more who we know they are. Give me Agbaji as a somewhat reach because of his defense and shooting. That fits with the Knicks. Branham is getting a ton of talk and rightfully so because of his ability to score.

1. Trade 11 and package for Brogdon

4. Stay at 11 and fail on landing that lead guard