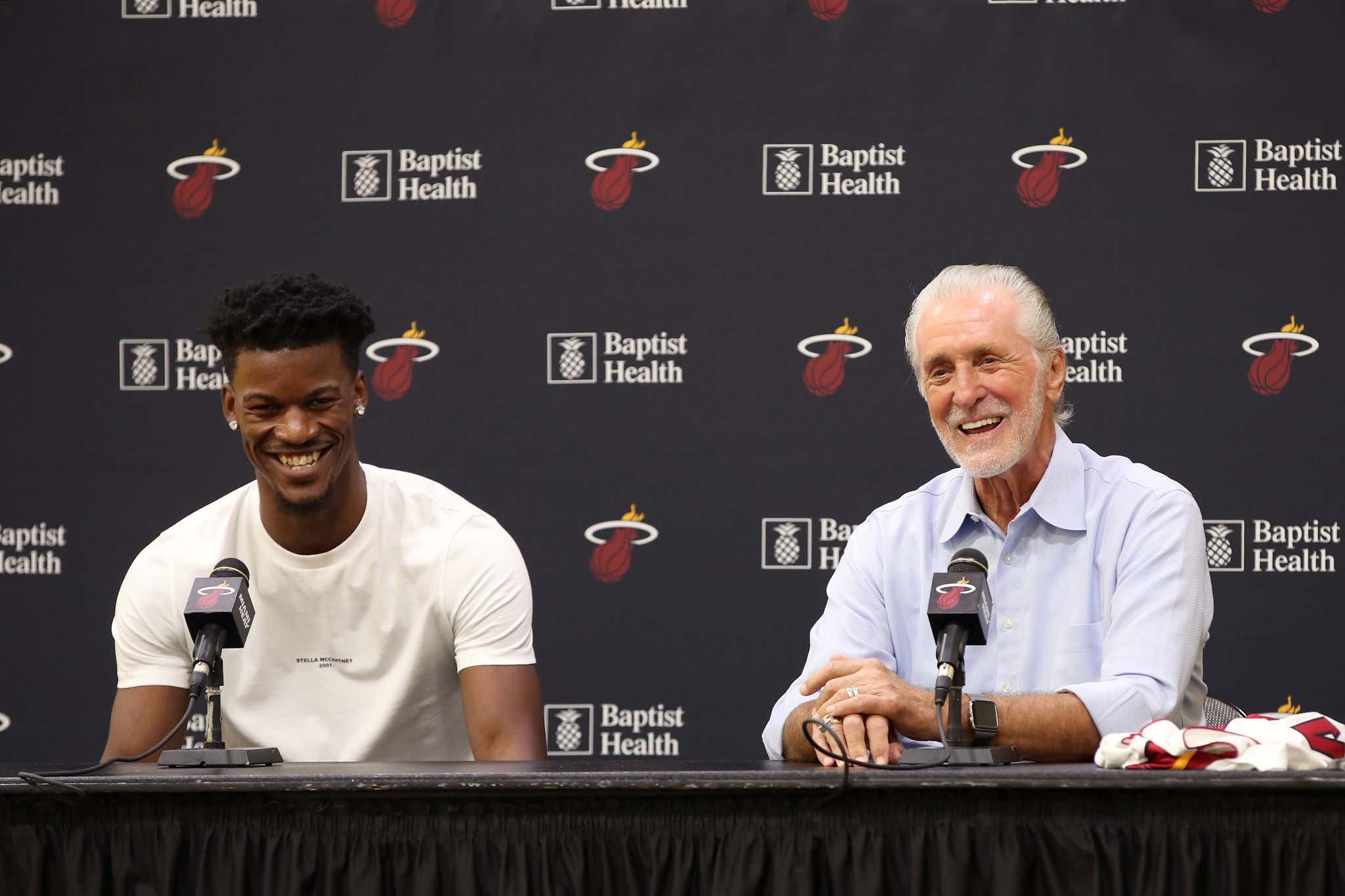 Some think the NBA offseason begins when your favorite team either misses the playoffs or gets eliminated from the playoffs. That would be incorrect. In reality, the NBA offseason doesn't begin until you hear that the Miami Heat are interested in the best player on your favorite team and are going to "pursue" them this summer. It doesn't matter if that guy is your franchise player with multiple years left on their current deal. Why should that matter? I dare you to find me a summer/offseason in which the Miami Heat don't leak that they are "interested" in every free agent under the sun. It's like clockwork

Should we just take a quick trip down memory lane?

It's one of the most predictable offseasons traditions we have. Even though I've come to expect it, the most recent "rumor" of where the Heat are "focusing" this offseason literally made me spit out my coffee that I was actually drinking.

We've gone over the Donovan Mitchell piece already. That rumor isn't new, but is still fairly outrageous. Danny Ainge hates Pat Riley like poison. Mitchell has 3+1 left on his current 5/163M extension. Unless he plans on pulling a James Harden sometime soon or maybe entertaining the idea of pulling a Ben Simmons and sitting out for an entire year, I can't exactly see the leverage he has or why Ainge would consider moving him. If it does get to that point, why would he help Pat Riley, a guy he has a very public beef with?

But that's not even the best part of that tweet. That of course is the "focus" on Joel Embiid. OK, what are we doing. This is what I mean when I say these Heat rumors are so funny every offseason. They basically just go team by team and pick the best player as someone to have "interest" in. Look, it's even happening with Jerami Grant!

But back to Embiid for a second. The guy who is in the final year of his deal but already has his 4/195M extension that starts in 2023-24 is somehow going to leave Philly? THE Process is going to bail on the Process? Yikes, that would be a tough look. I know he loves and misses Jimmy Butler but still. That seems a little far fetched even for me. Not only that, but what could the Heat possibly have to offer that the Sixers would want for their generational player?

Oh you mean everyone on their roster but their two best players are available? Surely that solves that issue! Guys like Kyle Lowry, Victor Oladipo, Markieff Morris, Udonis Haslem, PJ Tucker, Tyler Herro and Duncan Robinson are exactly the group of assets that someone like Daryl Morey will trade his franchise player for.

This is not to say the Heat won't make any additions this offseason. Of course they will. They are a good team with a solid foundation that plays in a city many players love. It's just funny how we go through this every year and once the dust settles it's not Bradley Beal and DeMar DeRozan and is more like an older Kyle Lowry and PJ Tucker.

All this begs the question, if you don't get a Miami Heat are interested in you rumor tweet, are you even any good? I mean the best of the best get tied to the Heat every offseason regardless of if they are free agents or even close to free agents. You just read one that included JOEL EMBIID for crying out loud. Makes you wonder about the rest of the guys who fancy themselves pretty good players in the NBA. Where is your Miami Heat rumor huh? On the flip side, the second you get that first rumor tweet, that's sort of a right of passage right? That means you've made it in this league.

I now cannot wait for the next one. Who do we think it is? Jaylen Brown? Jokic? Ayton? Kyrie? Steph or Klay? You know we are nowhere close to being done hearing about who the Heat are "interested" in this summer, so who ya got?