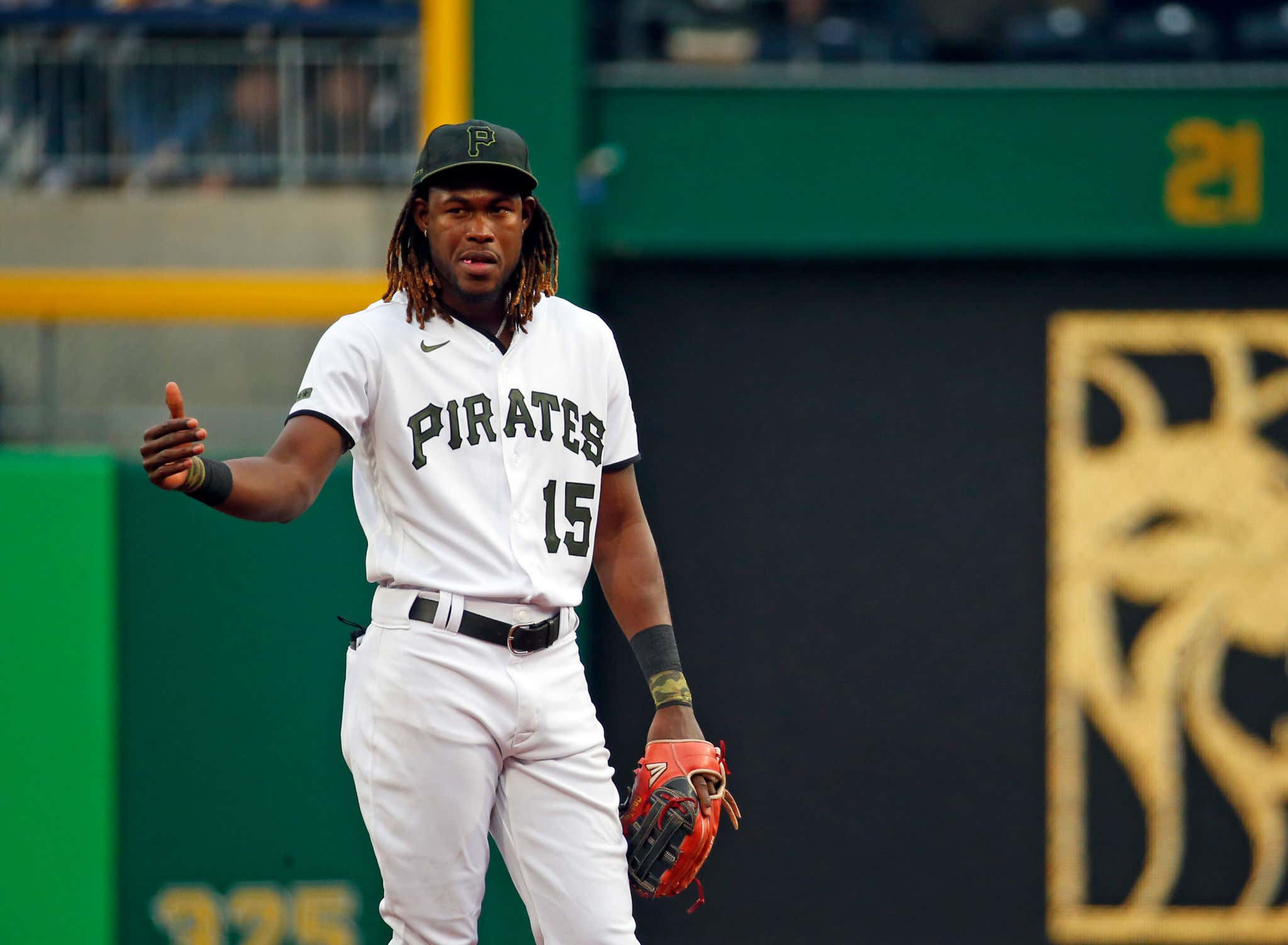 The Pittsburgh Pirates organization is typically not a fan of fun or winning. Owner Bob Nutting despises spending money on anything that will benefit the team. Their fans' only hope for happiness is when a young star climbs the ranks in the system and shows out. Enter 6'7" shortstop Oneil Cruz. Named after Paul O'Neill, Oneil Cruz is an alien. It's a war crime the Pirates kept him in the minors for the first few months just to mess with service time. After making his brief MLB debut in 2021, Cruz is back up here and ready to make people laugh at what he can do.

For example, in the 3rd inning tonight he unleashed a 96.7 MPH rifle from short. That registered as the fastest throw from an infielder in baseball this year, in the clear by a whole 2 MPH from the next closest. For the record the average MLB fastball is 93.6 MPH. Like I said, he's an alien.

Later on he roped this 112.9 MPH bases clearing double. That would be the hardest hit ball by a Pirate this year.

I'm happy for Pirates fans. Your owner may worship satan and want the absolute worst for you, but Oneil Cruz is here to bring joy and excitement to your life. Drink it in until he's inevitably traded for spare parts in 3 years.

P.S. The Pirates getting this dude from the Dodgers in exchange for Tony Watson was definitely a rare glitch in the matrix.