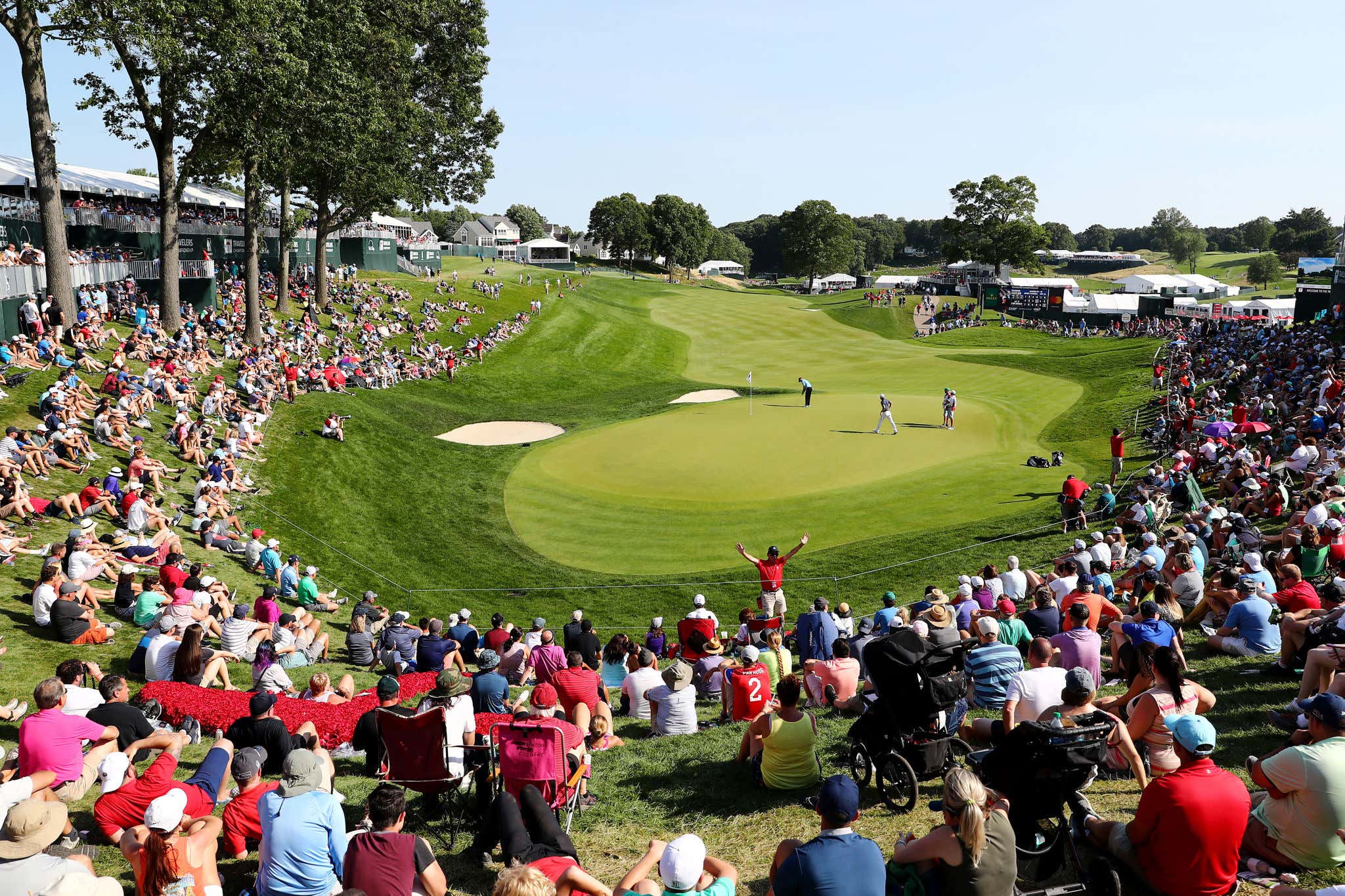 We're back! After an awesome US Open, we hit the 3-week window until the Open Championship at St. Andrews. We've got the Travelers, the John Deere, and then the newly minted PGA Tour version of the Scottish Open before we get to the final major of the year.

First up is the Travelers in Cromwell, CT. Last year's Traveler's Championship was maybe the tournament of the year. Harris English and Kramer Hickok went head-to-head in a playoff that lasted not 2… not 3… not 4… but EIGHT playoff holes. Neither of those dudes backed down, which I recapped here. It was English who finally buried a birdie putt on the 8th playoff hole (and their 6th crack at the 18th hole in the playoff) to take the tournament. 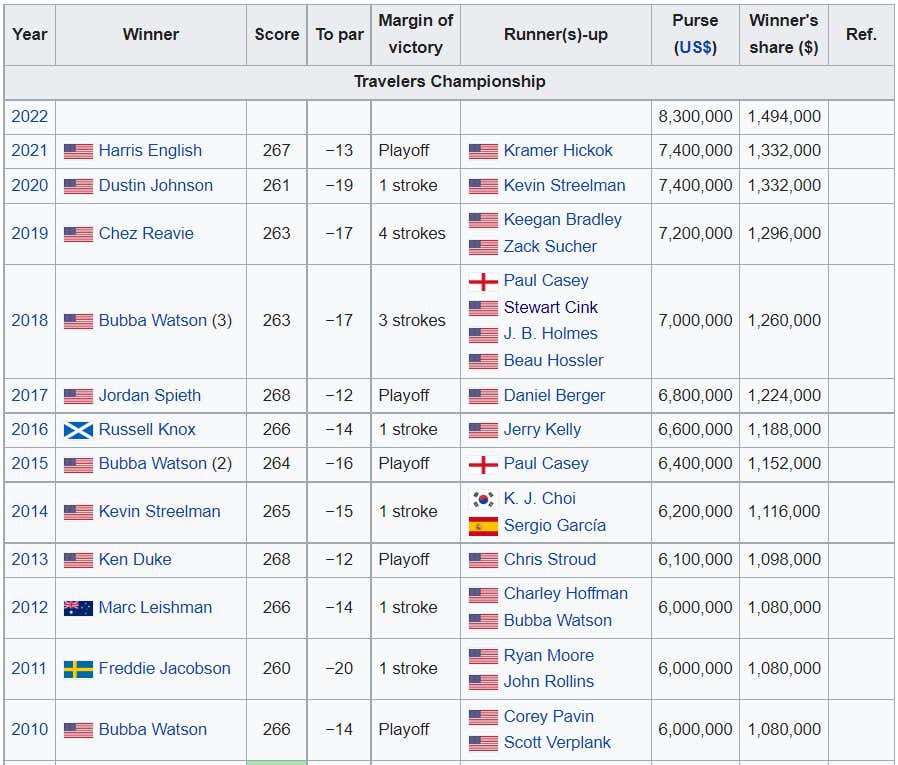 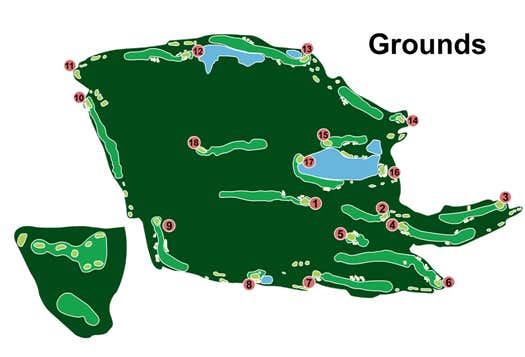 TPC River Highlands is a par 70 measuring 6,841 yards. It's yet another Pete Dye design, and it's one of the shortest courses on Tour. Only Pebble Beach measures shorter. That short length lends an opportunity to any kind of player to contend at this course. If you're one of the shorter hitting players on Tour, you're probably throwing this on your schedule. Last year's leaderboard (English, Harman, Kisner) and past winners (English, Reavie, Spieth, Streelman, Duke) support that notion as well. The fairways are pretty generous as well, so the ability to hit the ball off the tee is about as minimized here as anywhere on Tour. It's all about who can dial those wedges in and score. In some ways, that makes this a good tune-up for St. Andrews where wedge play tends to be an important skill. 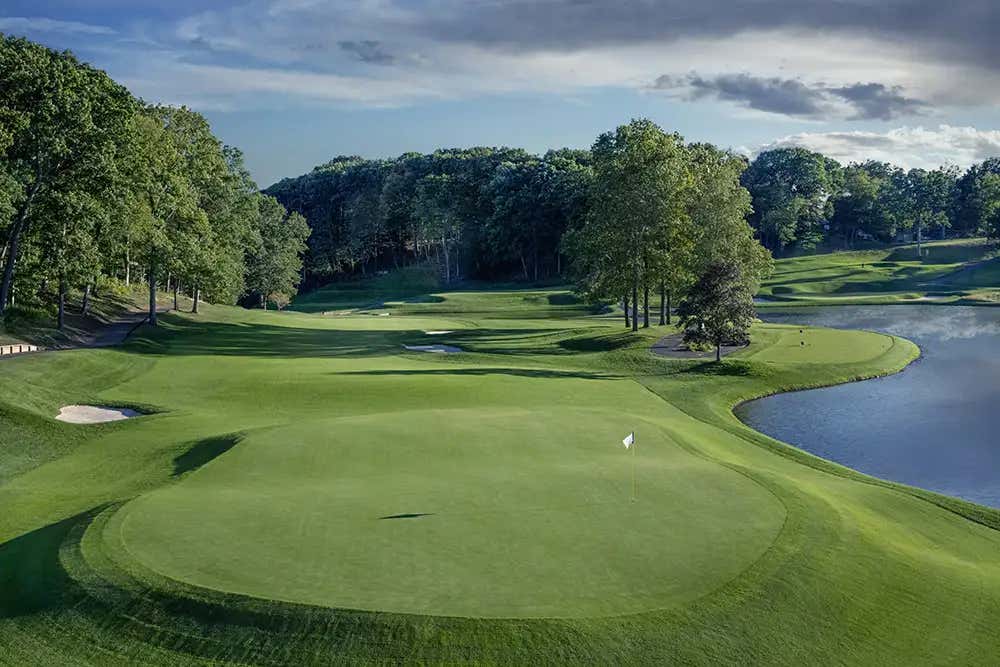 Driveable par 4's on back 9's are what dreams are made of.  All kinds of excitement at play here. It's got an elevated green with 3 tiers and swales that make the green look larger and more difficult to hold than it really is. That's Pete Dye to a T. The water to the left is hard to ignore as well, especially with everything sloping off that direction. Great opportunity to pick up one or two strokes coming in and should play a big part of the result on Sunday. 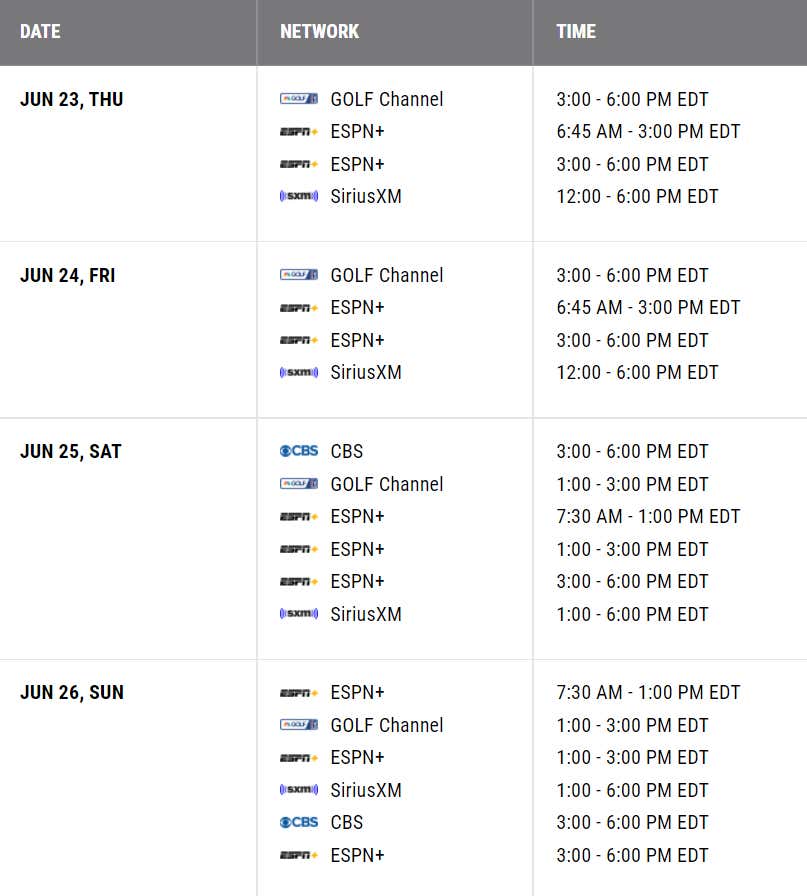 After a barrage of commercials from NBC last week, we're back on CBS for the weekend.

Could be a wet one. Including Monday. We'll see. 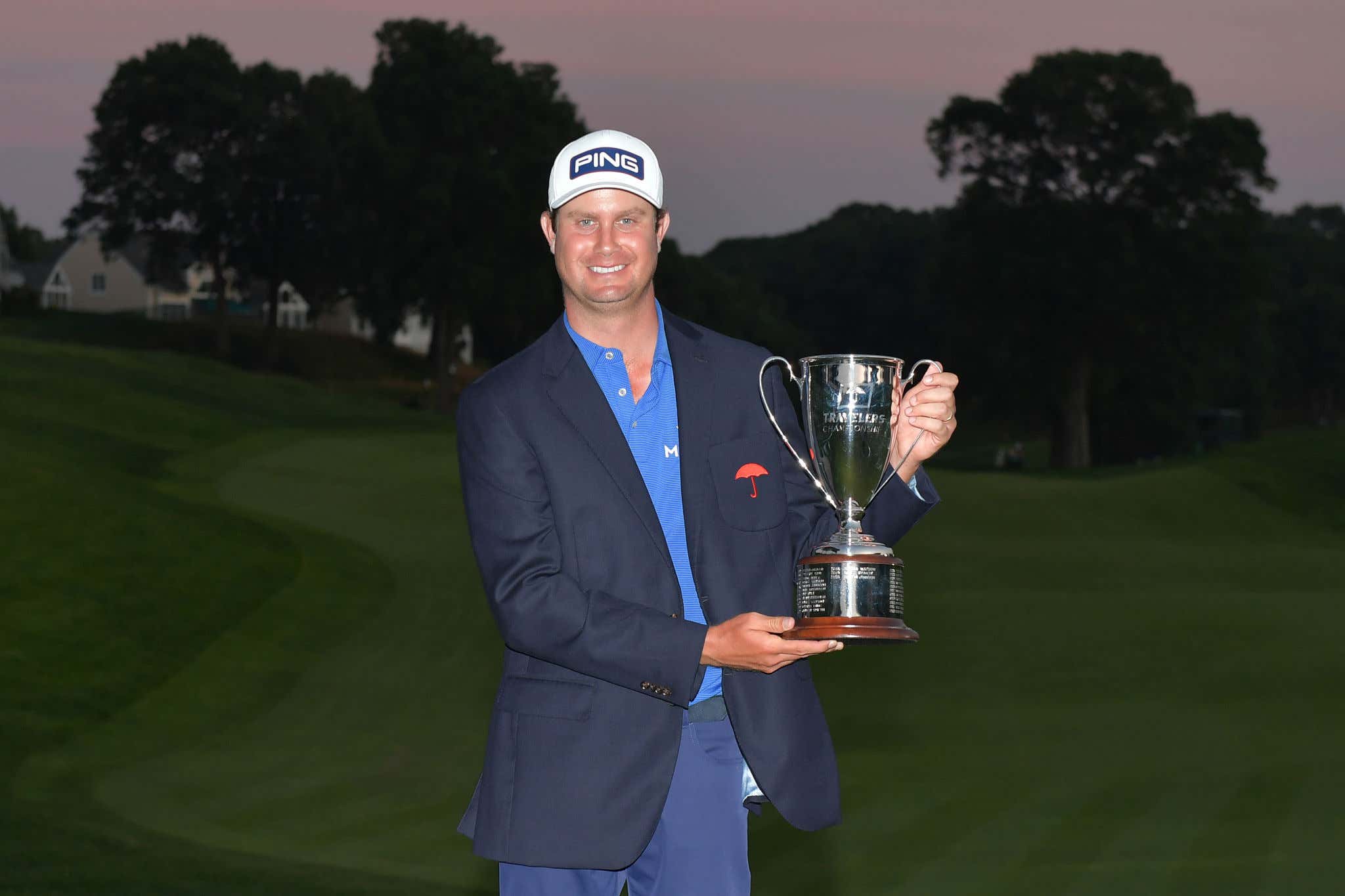 This is just so tremendously boring. Not worth my breath. Jacket is a yawnfest too. 2/10.

This is a remarkably good field, especially coming off a major. Even after Brooks Koepka left town and JT withdrew with a back injury, this is a very solid field. PGA Tour is really going all out these days. Rory, coming off yet another major top 5 that wasn't a win, is currently the slight tournament favorite ahead of world #1 Scottie Scheffler. He's +900 at the Barstool Sportsbook.

We're talking wedges this week and that only means one thing. Jordan. Spieth. I'm surprised to find him at +2500 this week. That speaks to the quality of this field. But there's few better with a wedge in his hand than ol Jordo and he's shown it here before, winning in 2017 in his last start before winning the Open at Royal Birkdale. He's been driving the ball exceptionally well this year and his iron play has been sturdy as well, he just hasn't gotten the putter heated up like his old self. If he can get it going, he's gonna contend and he's probably going to win. 25/1 is a nice little payout, wouldn't ya say?

Harold Varner To Win +4500 - Shorter courses requiring accuracy are his specialty. I'd like to think he's got some good juju heading his way after bailing on LIV Golf too.

Denny McCarthy To Win +6000 - Doesn't hit it long but can roll it with the best of them. Saw that all week in Boston. He's playing well so he could break through here.

Doug Ghim Top 10 +1000 - Another Pete Dye guy. Has contended at THE PLAYERS each of the last two years.

Kramer Hickok Top 20 +650 - Has missed 14 of 24 cuts since last year's Travelers but these odds are too good to pass up after he lost in an 8-hole playoff here last year.

That's what I got this week. Enjoy the Travelers.