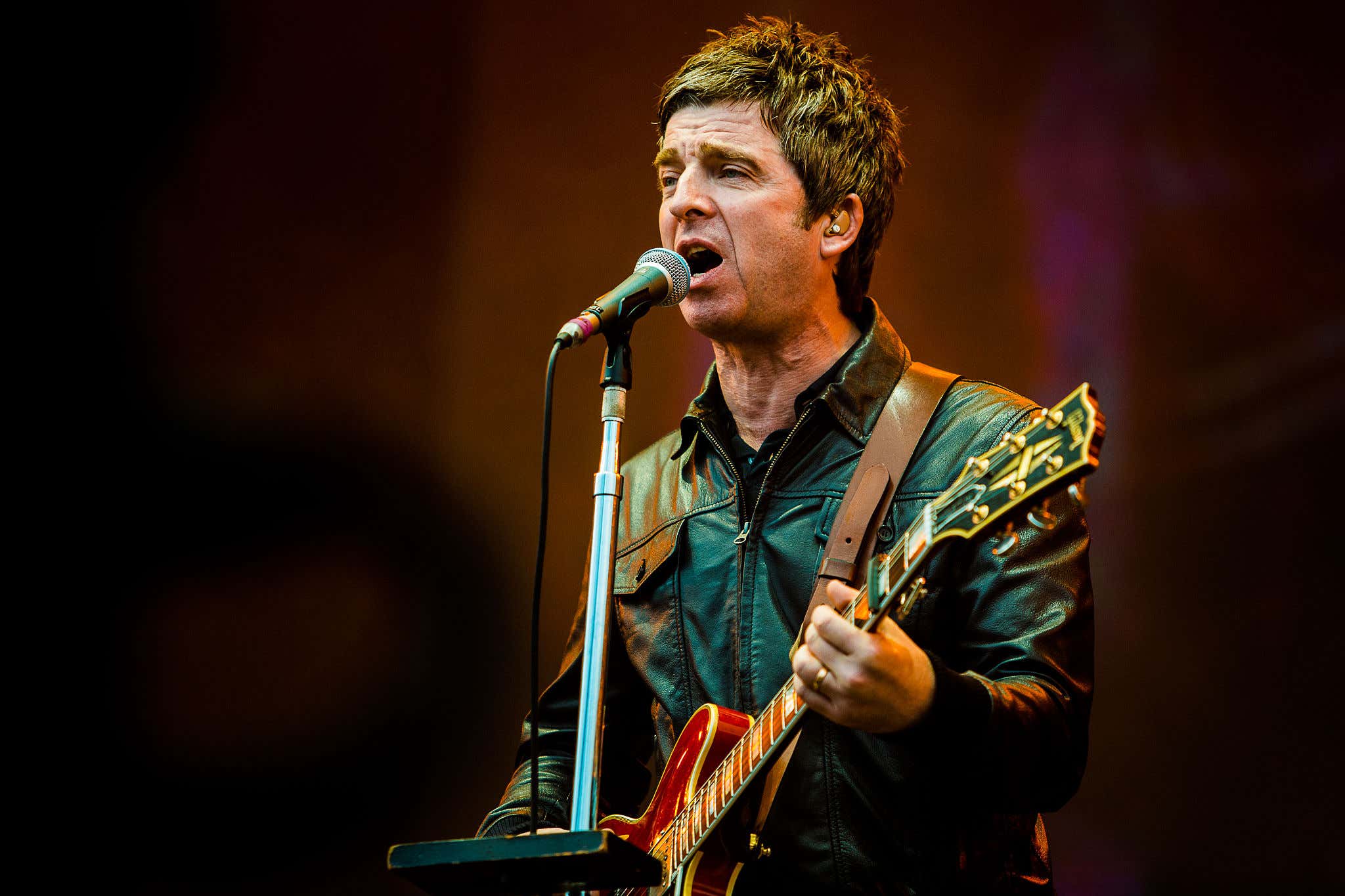 RadioX- According to the Daily Star, Gallagher revealed: "I only found out I was banned when Oasis got invited to go to China a good 20 years ago. We’d agreed to go and all the paperwork came and you had to send through a list of your songs and the Chinese government sent you back a list of songs that weren’t appropriate and we’d agreed to do all that. About a month before we were about to leave I got a letter saying you lot can come but you can’t because of this thing you did for the Tibetan people. I’d forgot I’d even done it."

Noel added: "The reason that they didn’t want you there was in case you started spouting off some pro-Tibetan shit. I was like, ‘Mate, I’m not even interested in Tibet, I’m not arsed just let me go.’ They we’re like, 'No'. I’ve got a letter somewhere from the Minister of The Interior saying, ‘You are an enemy of the people,’ or something like that. The rest were invited with open arms.”

This story came across my Instagram feed today and the headline itself made me laugh enough to write a blog about it. Noel Gallagher of Oasis is banned from China for life as he is an "enemy of the people" - and it's because he played at a benefit concert for Tibet in 1997!

Hilarious that Oasis was invited to China without Noel because of a solo gig he did to benefit Tibet, and knowing how the Gallaghers operate, I'm almost surprised Liam didn't say "Fuck you, we're goin without ya!" to Noel and cause an even earlier breakup to the band! Having that "banned for life" label now is kinda rock n' roll though, right?

The Concert for Tibet was a strange gig for Noel, and he admits as much below….

RadioX- Gallagher recalled that the only reason he played the concert is because none of his former bandmates, including his brother Liam could be bothered at the time.

"Oasis were on tour at the time and it was a day off and Oasis got asked to do it and no one else would do it so it was like I’ll do it. All my equipment was in Ohio somewhere and I wasn’t into playing acoustics then, we never used to do Wonderwall with an acoustic the we used to do it electric. They said, ‘Can you just do it?’ So I did it."

Taking about the gig itself and how he immediately regretted it, he said: "I walked out on stage in front of 50,000 people and as I walked out I thought, ‘Why have I agreed to do this? I’m not even the fucking singer. I’ve got a Marshall stack and I’m going to do Wonderwall and Cast No Shadow.’

"As I remember I only did about three or four songs but it felt like it was about four hours long. I was on in between Radiohead and U2, full bands."

You can watch the full performance below, but it's certainly not great - just strange to hear one guy with an electric guitar as Noel says in that interview….

Now let's look at the other artists who played those gigs to see who else is banned from China for life! 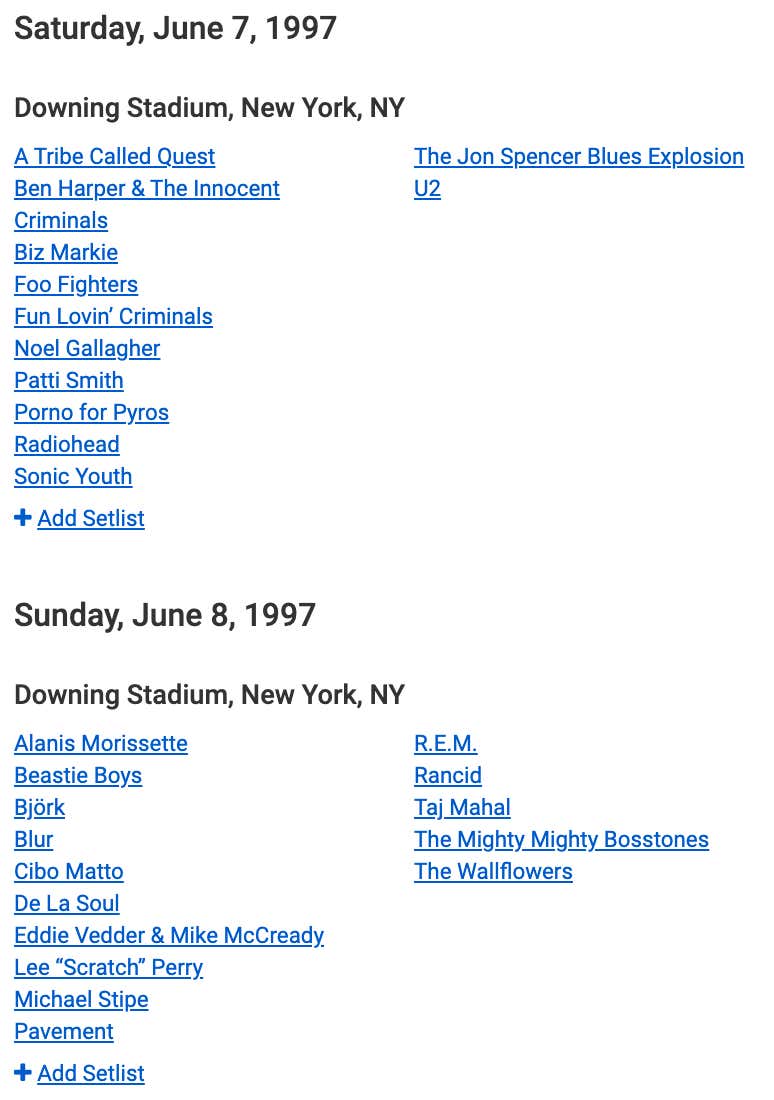 I don't know if I'm buying myself a one way ticket to bannedtown from the powers that be at China by saying this, but that is an UNBELIEVABLE lineup for a weekend of music on Randall's Island. I would kill to be at even one of those dates!

Oh, and speaking of great lineups, I think tickets to Oceans Calling are very close to selling out so if you wanted to come down for a fun weekend of music, comedy, and plenty of events surrounding the festival (like KFC Radio Live) you gotta act quick….

Hope to see you there!