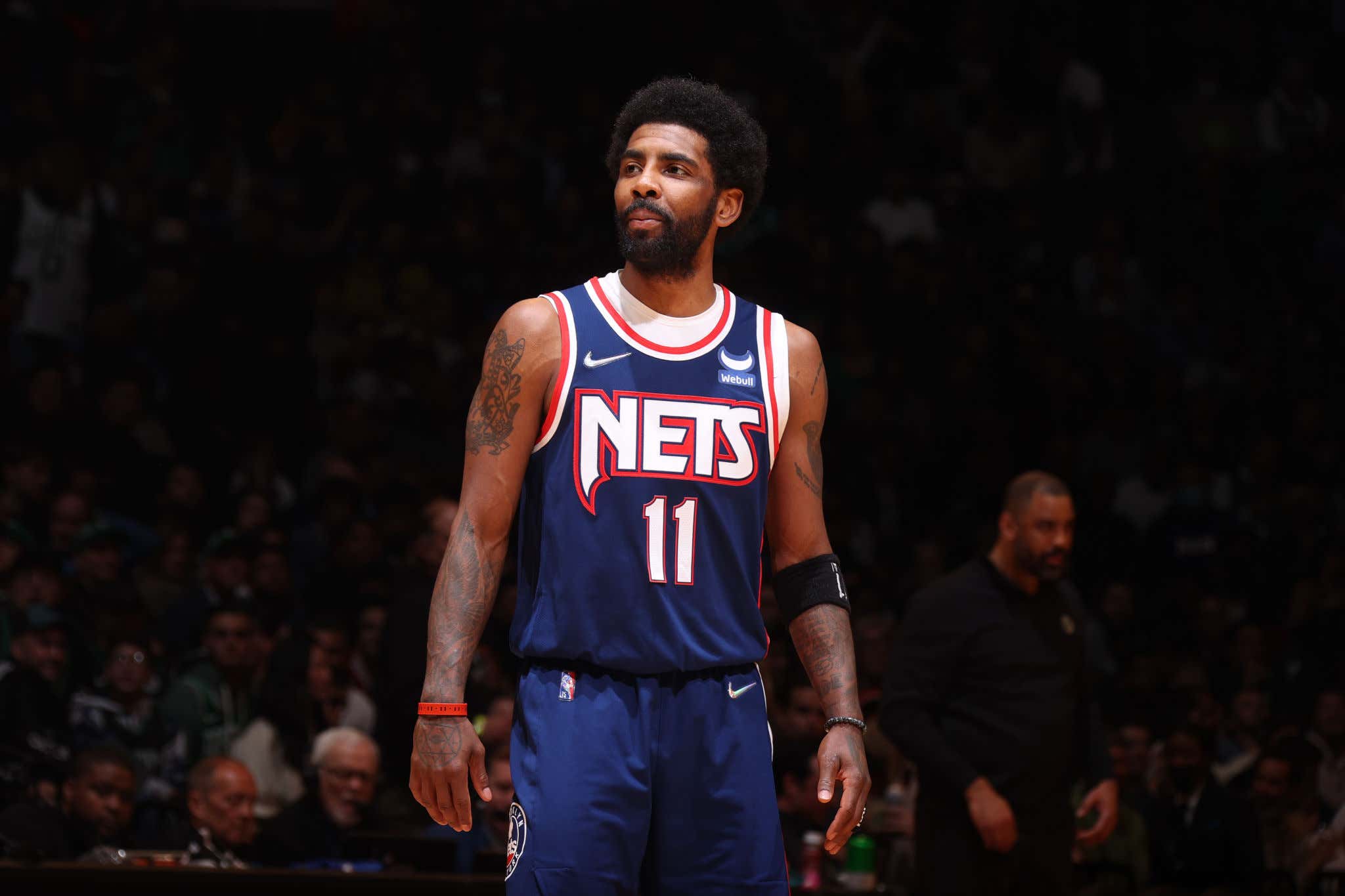 I swear, I cannot get enough of this saga. What a journey it's been so far and we aren't even at the NBA Draft yet! Free agency is still a few weeks away and here we are, with another flip flop of a Kyrie update.

- On May 11th, Sean Marks had his end of season presser (after the Nets got swept) and was pretty noncommittal in terms of a long term future with Kyrie

- Two weeks later, it got leaked that they were unwilling to give Kyrie a long term deal, which sort of lined up with how Marks was talking during that presser

- But then came our first twist! On June 7th it was reported that not only was it looking like Kyrie was staying in Brooklyn, but there was going to be some sort of extension offer!

But Irving is still not only close friends with Kevin Durant, but maintains a good relationship with team owners Joe and Clara Wu Tsai. The Post reported last month that a return to Brooklyn appeared a fait accompli, and sentiment around the league is Irving will re-sign.

Which brings us to about two weeks from that "report" to Shams latest update. Call me crazy, but being at an "impasse" sure doesn't sound like things are going all that great! That doesn't scream "Kyrie is going to be a Net for the long term" in my humble opinion. It just goes to show you how much postering each side is doing right now. They are negotiating in the media, people are leaking things left and right, and really we as fans have no fucking idea what's going on because each update basically contradicts the one before.

It still doesn't change the biggest factor in this whole thing. If Kyrie wants to test the market, where is he going to go? As a reminder, this is what the current free agent landscape looks like for the summer of 2022 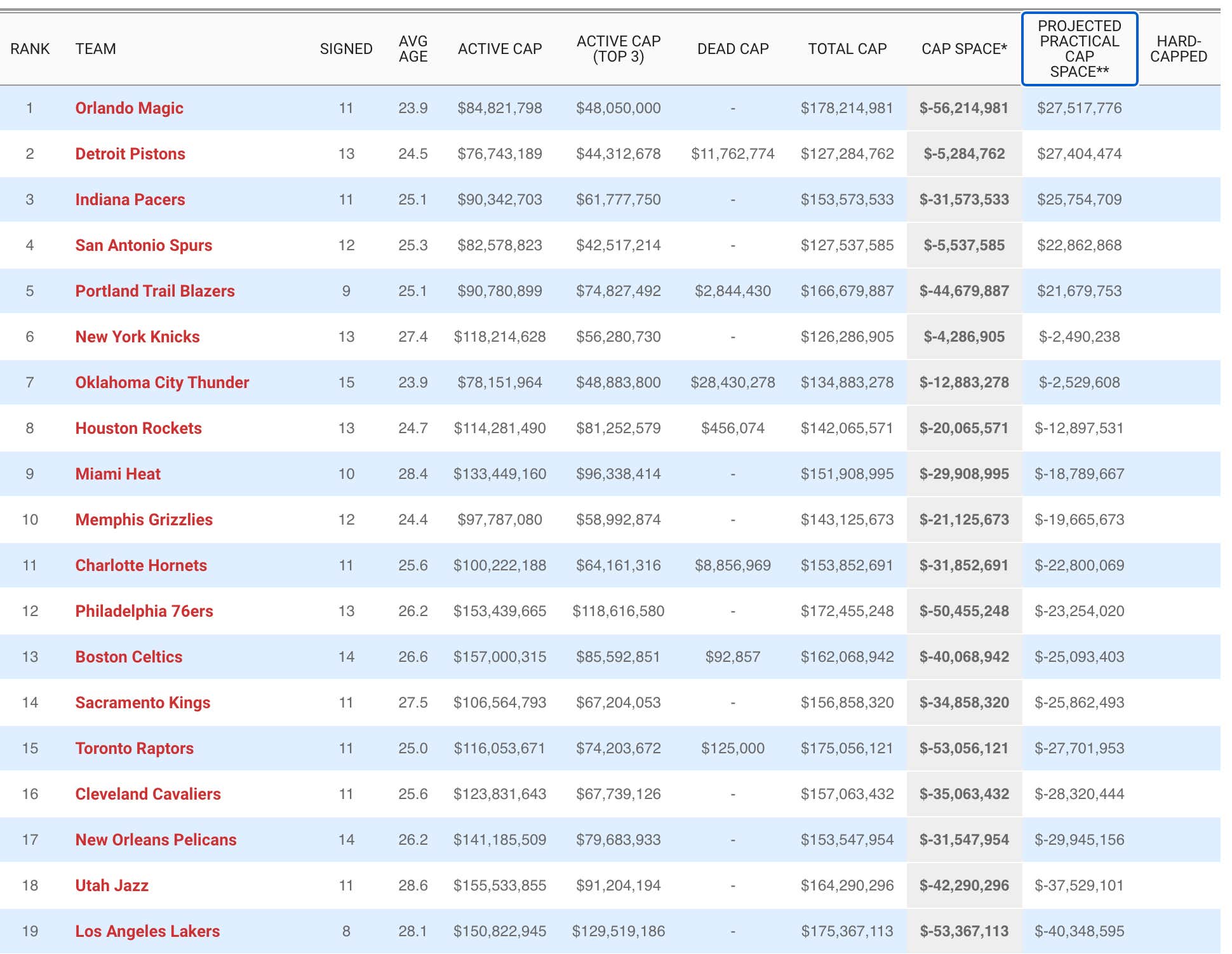 Which one of those teams at the top are going to be down to fork over big time money and big years to Kyrie Irving? What we're seeing right now is basically a "leverage-off" between the two sides. Kyrie has leverage because he owns a player option. He can tell the Nets to pay his price or lose him for nothing, which would certainly be a bit of an issue for that roster given their talent and cap situation. But the Nets can also say go ahead, test the market and see who is going to give you 35M+.

I know Shams tweet mentioned the Lakers and Knicks, and that's a little misleading, especially if Kyrie opts out. They should be hoping Kyrie opts in, and then they can move hi 36M salary. Sign & trades get pretty messy when talking about hard caps and what not, so while I think THE ENTIRE WORLD wants to see the chaos of a Westbrook/Kyrie trade, my guess is that only happens if Kyrie opts in. The Lakers just need to get to at least 29M in salary to trade back.

“I don’t really plan on going anywhere,” Irving said on April 25 after the Nets’ season-ending sweep to the Celtics in the first round of the East playoffs.

Nearly two months later, it appears both sides have serious work to do in order to find a resolution that brings Irving back to Brooklyn and his co-star in Durant, who is under contract with the Nets through 2025-26. Several teams across the league have kept tabs on the situation, wondering about the future of Irving and Brooklyn.

Where have I heard that before? Oh right.

The Knicks need to get a shit ton of money off their books, but we've seen that happen before in the NBA. It's not like nobody has an unmovable contract on that roster for the right price.

All I know is this. We aren't done with this story. Farrrrrrr from it. The Nets put all their eggs in the Kyrie Irving/Kevin Durant basket and so far that has resulted in 0 NBA Finals appearances, 1 first round sweep, and now the reality that they could have to trade one of their franchise pieces. Life comes at you fast huh? The Nets were supposed to run the East the second those two paired up, and so far, they've done anything but and who knows if they ever will.