This was NOT from Sunday. Despite what big J journo Daniel Greenberg wants you to believe it wasn’t from this past weekend. These were staged photos that the ushers allowed.

That's the look of a man who went on a heater of all heaters at the blackjack table. Had blacks and pinks stacked to the moon and decided to color up and head to the cage to cash out. While he was away, the mojo of the entire table goes to shit and the dealer is flipping nothing but faces and flopping blackjacks and 20s in your eyeball left and right. Before you know it not only are your piles gone, but you're bumming money off your buddies.

Look at that face - 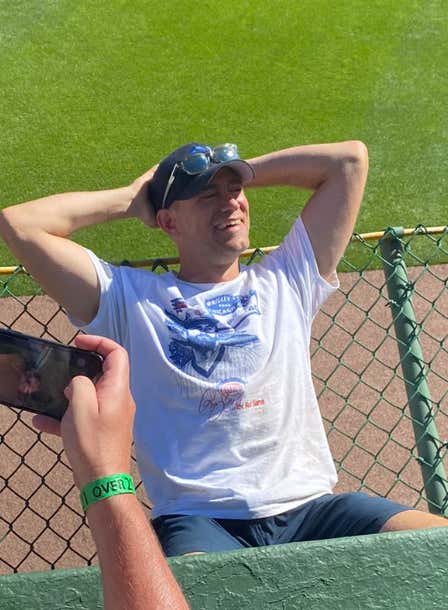 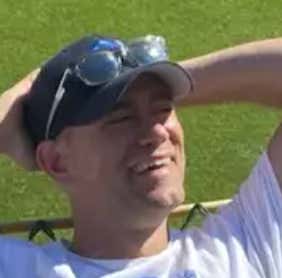 Happy as a pig in shit.

Do you know the only other people who enjoy posing for pictures laying in netting like this?

Soaking up some vitamin d. Watching the SS patrol the bleachers protecting our national security by breaking up cup snakes. Probably indulged in a few cold ones himself if we're being honest. But on top of it all he's stress fucking free.

Don't ask your crypto friends, who told you Bitcoin would be at $100,000 by now this time a year ago, (shout out light switch lou), because they wouldn't know, but do you know how fucking amazing it feels to walk away from something at the top?

The craps or blackjack table. Unloading a stock. Getting bought out of an investment. Dumping your high school girlfriend because you know she peaked and you don't wanna stick around for the freshman 25.

All fall right in line with selling high. It's why winners win. And why degenerates stay degenerates.

Now that Manfred's done his job and broken up the lockout that was inevitable, the path is clear for Commissioner Theo Epstein to be a real thing. And for the only man capable of reversing a mandate from God, not once, but twice, breaking the two longest curses in sports history, it's time for him to now do the unthinkable once again- save the sport of baseball from itself.

p.s. - this beats the year he went out there in a black mustache and sat amongst the real fans all game.

(Ladies the babe in the upper left corner of that last pic is Scott Harris. GM of the San Fran Giants. And He's single. You're welcome.)