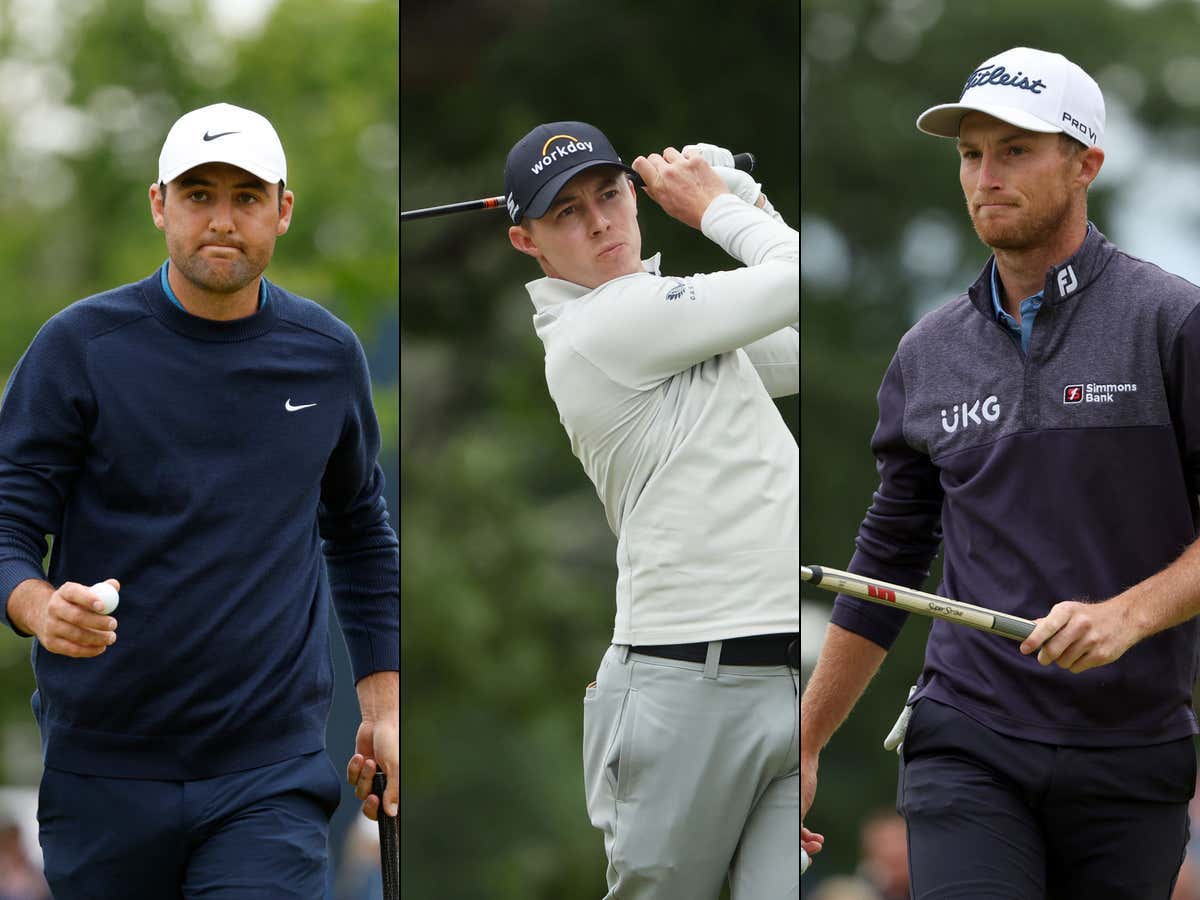 For better or worse, it's looking more and more like this is gonna be a 3-horse race. It's Scottie, Fitzy, and Will Z for the US Open. Numerous guys that started the day in the mix have stalled out and lost ground, while those 3 guys are in attack mode and have avoided major blood. That's a formula for golf's toughest annual test.

I can't say I'm surprised that these three have emerged ahead of the pack, but Scottie's front 9 has been especially impressive. Guy came out firing, burying putts and filling it up with 5 birdies and no bogeys. His day started with him hitting a beauty of a drive but finding a divot on the 1st fairway. But that ain't no problem…

Then on the 4th, he buried another tough one from 24 feet to jump up to -5

And then of course, he hit one on safely at 6 and managed to bury another one

And maybe most impressive of all, he managed to scramble and make par at the par 5 8th after making his first mistake of the day on his 3rd up the hill.

It's like the guy can't miss on the greens. That's the kind of stuff that will win you a big trophy. As I wrote on Thursday night, Scottie was playing out of his mind tee-to-green, but could not get anything going with the flatstick. And like I said, putters can run hot and cold. It's caught fire and now Scottie is in position to make history.

Of course, Fitzy stands in his way. He positioned himself well over the first 54 holes where he didn't necessarily need to come out guns blazing today. But he's played good, solid golf and was really the only guy who was able to put a drive on the short par 4 5th green.

Not even Rahm, Rory, Scheffler, or any of the other guys in contention could get it up there. Such a smooth, easy swing for 181 mph ball speed. Insane for a guy his size.

Of course, as I'm writing this Will Zalatoris has gotten back on the horse and is firing DARTS

He's right on their tails and can reel off birdies with the best of em. He's heating up so look out. Just closed out his front 9 with the walk-in of the year.

3 big time golfers chasing down their first US Open trophy. Scheffler is the alpha on tour right now and is in position, but faltered on the back 9 on Saturday. Fitz has the experience having won here at the 2013 US Amateur, and thrives in these types of setups. And Will Z is a big game hunter, and him nabbing one of these seems inevitable.