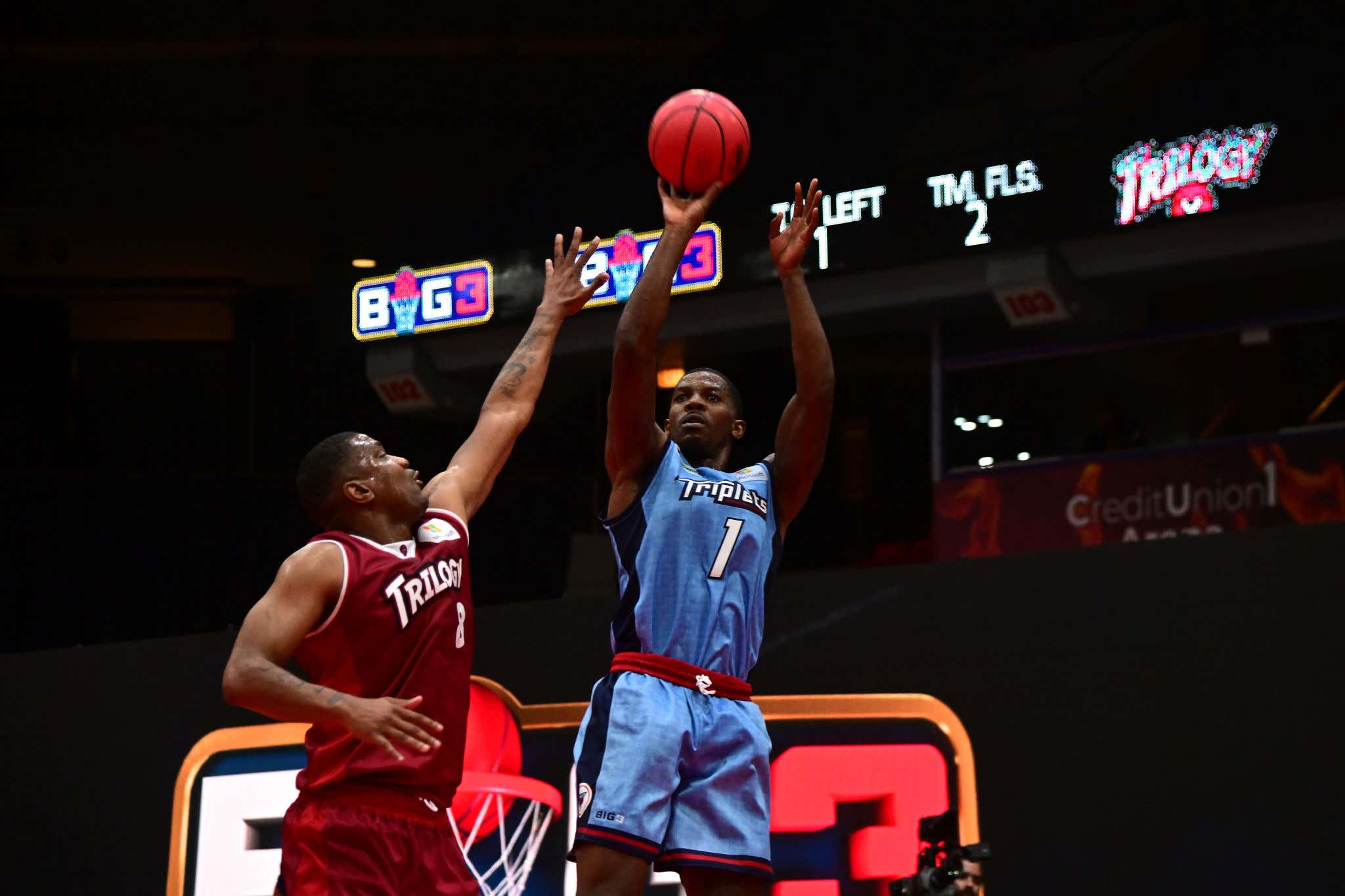 I generally live by a rule in life that if you give me any form of basketball on television, I'm going to watch it. I have to wait until July 7hth for Summer League to start, which means I need to scratch my basketball itch somehow and the BIG3 does the trick. I've blogged it before, but if you're just hanging around looking for something to watch, the BIG3 is a lot of fun. It's the perfect way to transition into our next wave of fake basketball that doesn't mean anything but at the same time means everything. I think it's cool to see former players like Michael Beasley, Rashard Lewis, Ricky Davis, Mario Chalmers play. But what the BIG3's return also means is the return of maybe the greatest BIG3 player in history. That's right. Iso Jo is back.

He won the MVP. No biggie. As a big time Iso Joe guy, seeing him dominate people at 40 years old is very entertaining. His BIG3 production last year was what made this shot possible

What a moment that was. A fair share of the pain from this Finals loss comes from the reality that they blew a chance to get Iso Joe a ring as a Celtic. That would have been incredible.

Anyway, we don't need to think about the Celts season right now. This is a blog to celebrate another dominant performance from Joe Johnson as he defends his MVP crown

A light 30/8 for Iso Joe in the opener. That seems pretty good. I've seen enough to start to question if the Celts lost the title because they didn't have Joe Johnson to bring off the bench after his 10 Day expired and I'm thinking the answer is yes? I mean he looks great. You forget he's 40. I'm 35 and every time I wake up my left achilles has started getting super sore out of nowhere. Every step I take I'm certain it's going to somehow rupture. Then it warms up (?) and is completely fine. What the hell is that shit. Is that just getting old? Christ.  Meanwhile, Joe Johnson is dropping 30.

I'm telling you, if you're laying around and have nothing to do and the BIG3 is on TV, watch it. 3 on 3 rules. That talent is actually pretty good. It's nostalgic and who doesn't love nostalgia. If anything, do it to watch Joe Johnson because this dude is not only electric, he's probably going to play his way onto an NBA roster for the second season in a row.