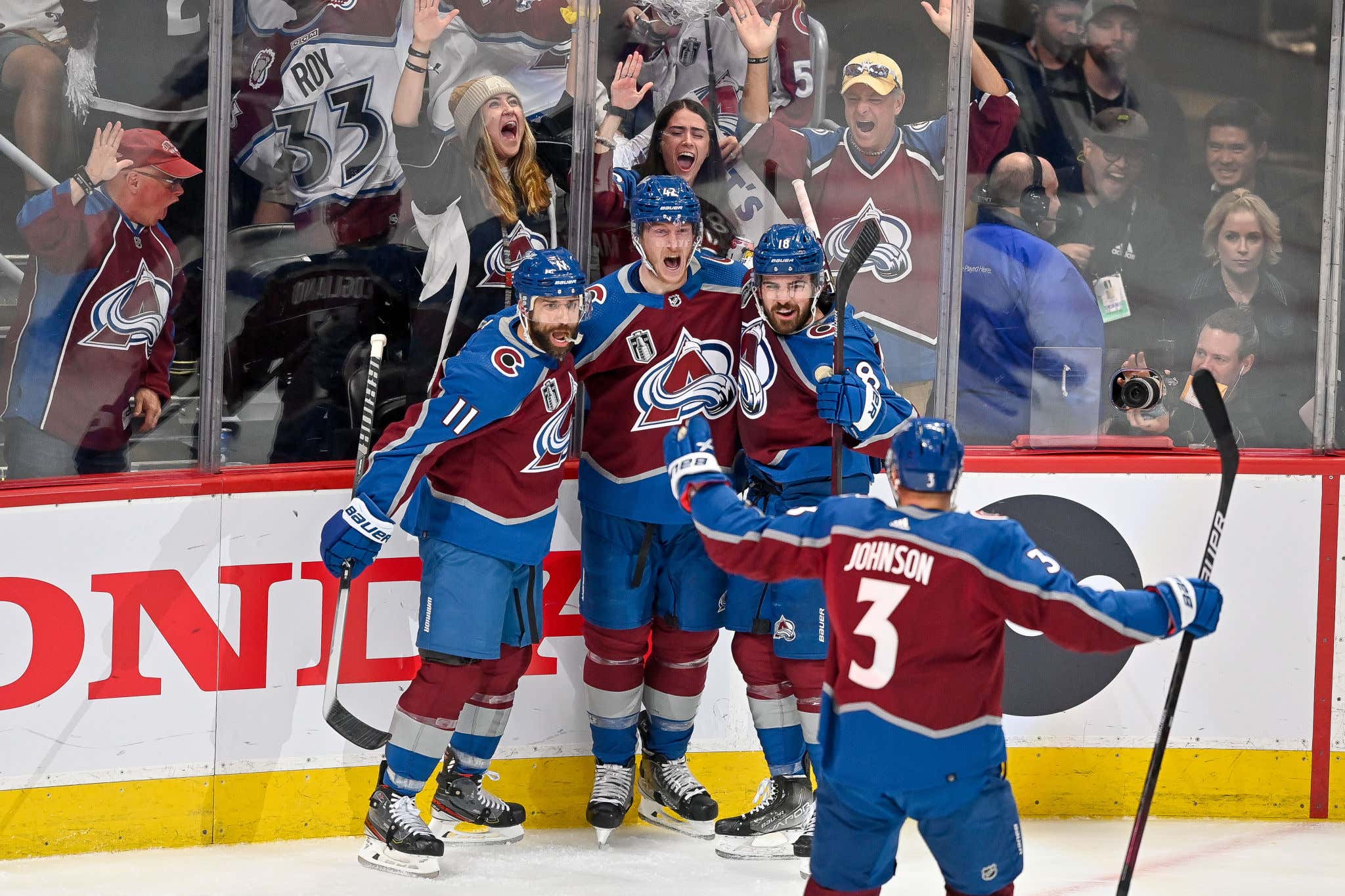 You know you're a great hockey team when the two-time defending Stanley Cup champions can't even remotely fuck with you. Saturday marked the second-most lopsided shutout in Stanley Cup Final history.

The Lightning put forth a commendable effort in Game 1 to force overtime, but it looked like they were completely gassed off that demoralizing 4-3 defeat. They came out flat in Colorado, and spotted the Avalanche a power play not long after the first puck dropped. As one would come to expect, the Avs made them pay in short order — and it was only the beginning of an absolute onslaught.

Andrei Vasilevskiy yielded three first-period goals for the second time in a row. This man is an all-time great playoff goaltender. His performance is a big reason the Lightning have held Lord Stanley's Cup at the end of the past two postseasons. However, Colorado's attack has proven overwhelming for the other, non-Barstool artist known as Big Cat.

All three of the Avs' goals in the first stanza came low and away on Vasilevskiy's blocker side. That's been an area of weakness for him throughout these playoffs and had to be in his head a little bit. I don't know if it led to overcompensating course correction later on. I guess we'll find out in Game 3, because with how well the Avalanche were playing, it's hard to really blame Vasilevskiy despite the lopsided score. He made a couple excellent saves to prevent the rout from being even worse.

The next two goals for Colorado in the second period were due to a bad turnover behind the cage and an absolute missile of a snap shot by Darren Helm to Vasilevskiy's glove side. Those sudden strikes gave the hosts a prohibitive 5-0 edge.

Helm to that point had 6:50 of total ice time and had already recorded 10 hits. Based on his style of play and advanced hockey age, it was impressive that he managed to race past the Lightning defense well enough and open up a pseudo-breakaway.

What else can you say at that point except…

Especially considering this fact (put a pin in this, I'll reference it again in only a few sentences' time)…

Avs goalie Darcy Kuemper faced only 12 shots to Vasilevskiy's 23 through the first 40 minutes — and the home team even had 16 shot attempts blocked, or else that differential would've been even more lopsided. The final tally of shots wound up at 30-17. Brian Elliott should've subbed in to relieve Vasilevskiy to start the third but didn't. Don't ask me why. The latter could've used the extra rest.

Oh, you know how Cale Makar and Nathan MacKinnon had one combined point in the Stanley Cup Final as of the second intermission of Game 2? Well right when the Lightning had a glimmer of hope, Makar raced down the ice, put it past Vasilevskiy's blocker AGAIN and scored shorthanded to make it six to nothing.

I wish I could tell you, Lightning folk, that Makar was done. Apologies, not the case. On a power play later on…7-0.

Colorado was relentless on the forecheck, was able to keep the puck in Tampa's end for much of the night and didn't give much ground at all in the neutral zone. As hard as the Lightning were trying to match the Avalanche's physicality and intensity, they simply couldn't do all that and produce anything of substance on offense.

Also, back to Makar for a quick second: Loved this from him afterwards — job's not done yet!

I said this after Game 1 (I think): The Bolts are back-to-back champs for a reason. Well, more than one, but they just rallied from 0-2 down against the Rangers to win the Conference Final. They were facing a superior goaltender to Kuemper in Igor Shesterkin and still found a way to advance on four straight victories. Vasilevskiy also picked up the slack in a big way during that streak.

But the Avs aren't the Blueshirts. I have a hard time seeing Colorado blowing this. And I swear I'm not saying that because I have a +350 futures ticket on the Avalanche to win the Cup. Can't say I'm complaining about how this matchup has unfolded thus far, though!

PS, sorry to pass along this final anecdote, Lightning fans: The Avs are a perfect 7-0 on the road this postseason. Yeah…don't like your chances for that three-peat!