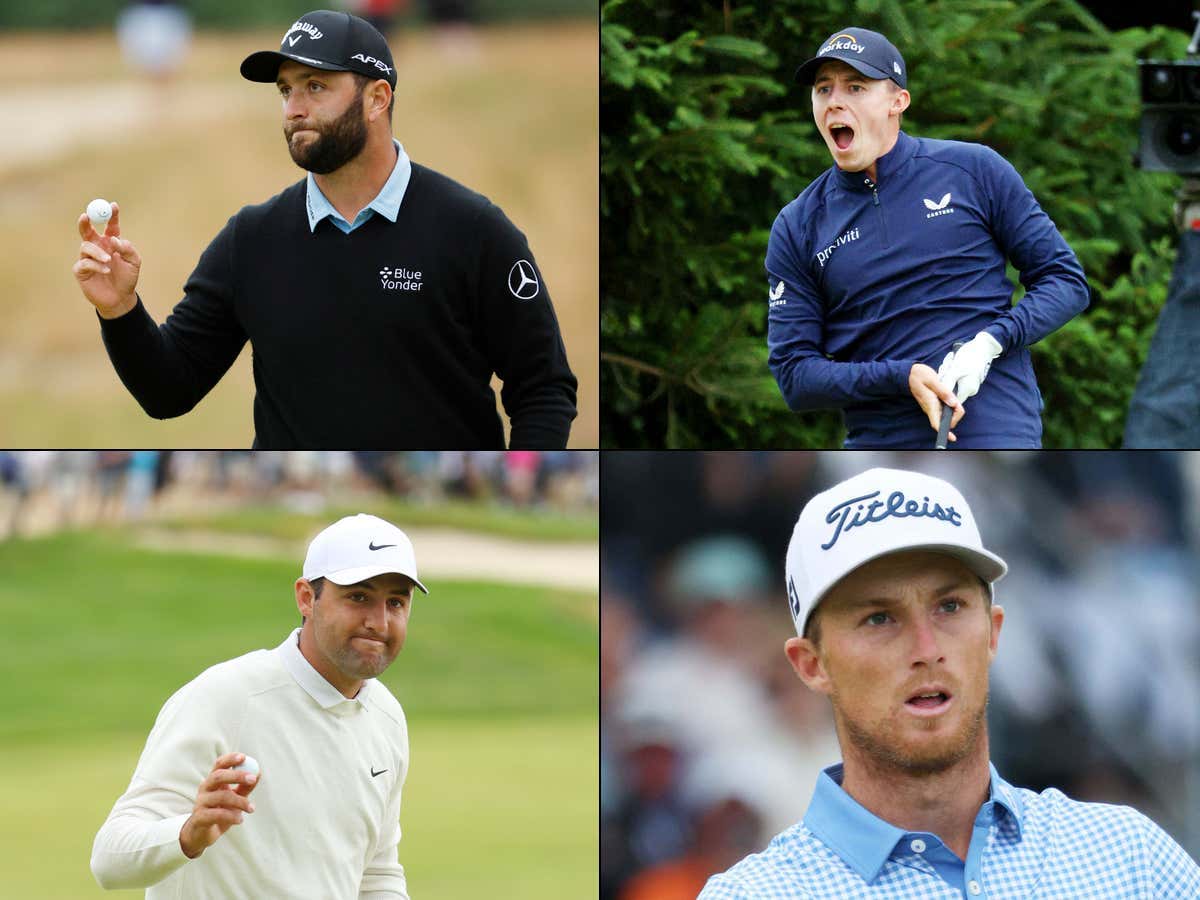 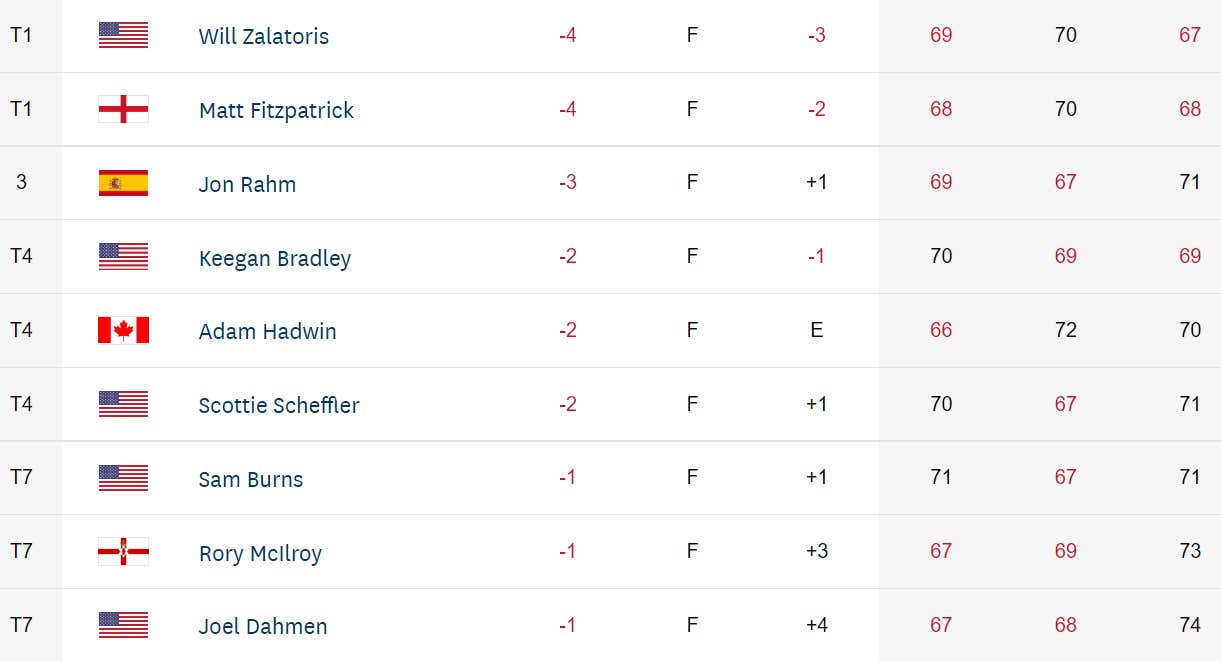 My goodness. What a leaderboard we have here. There are 9 players in red figures and nearly all of em are big dogs. Hell, the top 3 players in the world are in that bunch, along with a guy who has won 4 tournaments in the last 15 months (Burns), a local major winner (Keegan), a popular pick who has won a big tournament here in the past (Fitzpatrick at the 2013 US Am), and lastly… a guy who has been sniffin around a major win damn near every time he tees it up.

All of that was set up by an unreal moving day at Brookline. The thing I love about the US Open is that it almost always tends to weed out the pretenders in due time. You can catch lightning in a bottle for a while (that's just golf), but over the course of 72 holes, a US Open setup is eventually going to wear down inferior players. That's why a player outside the World Top 25 hasn't won a US Open in over a decade.

Today's action was a great example of that. Guys like MJ Daffue, Nick Hardy, and Matthew NeSmith were great stories (and they're not necessarily out of this thing), but the top dogs were always going to weather the storm and be in position to win this thing. What's awesome is that this set up has been so penalizing (and fair, that should be said) that nobody has been able to pull away. For a moment today it looked like Scheffler was in position to run away with it at the turn, and The Country Club immediately bit him in the ass. Rahm was in position to be the leader coming in and he got eaten up too.

What's separated the best from the rest is the ability to scramble their balls off and come away with pars that mere mortals simply could not. Rory has done that on numerous occasions just when it looks like he may fall out of contention and Scottie made this HUGE putt to stick at -2 after a back 9 that could have done him in too.

All of this sets up for an all-time Sunday. Fitzpatrick has maybe been the steadiest constant near the top of the leaderboard, and he's got the co-lead. He's the favorite at +300 and just may outlast the rest of these guys. Zalatoris is right behind him at +335, and I think he's ready to break through in the clutch, especially after showing huge stones making that par putt to force the playoff at Southern Hills. He's my pick to go along with my Rahm pick pre-tournament. But so many other of these guys could take it.

Gonna be a helluva Sunday.