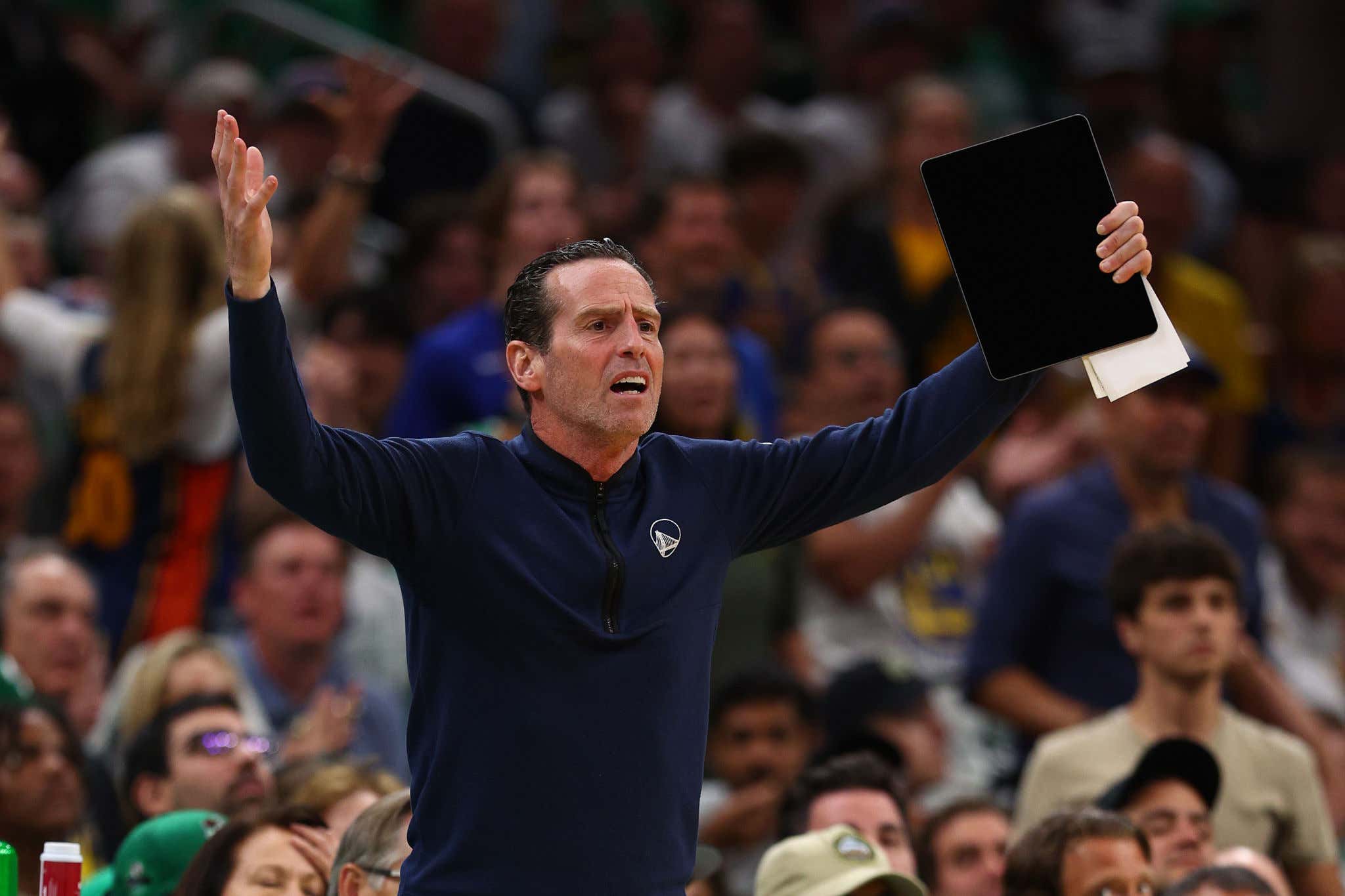 As Woj also reported, the Charlotte Hornets' other previous finalists were Mike D'Antoni and Terry Stotts before they offered their vacant head coaching gig to Kenny Atkinson. I know I just lumped the NFL from several years ago directly into NBA coaching news from this offseason, but the analogy is too perfect for me to give a damn about confusing any of you.

Several prominent sports news outlets definitively reported this past week that Atkinson was, in fact, going to take over in Charlotte. This wasn't dissimilar to longtime New England Patriots offensive coordinator Josh McDaniels accepting the Colts' head job in 2018, only to literally bail on them before his opening press conference.

McDaniels appeared to make the right call in the end. Indianapolis can't get their QB situation right, McDaniels won another Super Bowl in New England, and now he's the head coach of the Las Vegas Raiders.

In case you're thinking this Atkinson situation isn't quite as extreme or analogous, well…it's pretty damn close.

Time will tell if things shake out quite as well for Atkinson. A myriad of factors are at play here, all of which could be at least somewhat responsible for him reneging on his initial commitment to the Hornets.

First, Charlotte probably shouldn't have had a coaching vacancy in the first place. James Borrego's win totals across the last three seasons steadily improved from 23, to 33 and then 43 this past year. That wasn't enough for Hornets owner Michael Jordan, who felt he had to upgrade. Many argue MJ is the GOAT as a player. He's had a far less sterling tenure running his home-state NBA franchise.

Atkinson can relate to Borrego's plight. He fought through two brutal seasons with the Brooklyn Nets before leading them to the playoffs in 2018-19. If you look at that roster, you wonder how it even happened. Between that prior experience and the relative dysfunction that's plagued Charlotte over the years, Atkinson must've felt like the timing and opportunity weren't quite right.

Remaining with Golden State also isn't the worst move at all. Atkinson will now be the unquestioned top assistant on Steve Kerr's Warriors staff now that Mike Brown has left to coach the Sacramento Kings. Sheesh, talk about a fucking shit show of an organization. With one more season alongside Kerr and more success for the defending champion Warriors, Atkinson should be an even hotter commodity on the next hiring cycle.

Now let's circle back to the Hornets' side of things to finish. They have an exciting young core and a dynamic offense catalyzed by LaMelo Ball. Where Charlotte must improve is on the defensive end. That'll take a combination of coaching and personnel upgrades. In terms of the aforementioned finalists, D'Antoni would ensure the Hornets rank firmly among the NBA's highest-scoring, most electrifying teams, but perhaps at the cost of defense. Stotts' lengthy tenure in Portland looks stronger now in light of how brutal the Trail Blazers were in their first season without him under Chauncey Billups.

I personally think it'd be a boneheaded move for Charlotte not to kick the tires on Quin Snyder. He did a hell of a job building a winner in Utah, and stunned the basketball world by resigning from his post.

Snyder wasn't on the market when the Hornets were already deep into recruiting Atkinson, D'Antoni and Stotts. This feels like a no-brainer. Gordon Hayward leaving the Jazz in free agency happened long enough ago that it should be water under the bridge. Hayward ascended to All-Star status under Snyder in Utah to begin his NBA career, and there's a familiarity there that'd help the coach and team hit the ground running if that's the direction the Hornets go.