Adrian Yanez just extended his win streak to NINE by knocking out Tony Kelley in his home state of Texas! Another first round finish, as well! That's the fifth one tonight!

Tony Kelley was the biggest villain coming into this card by far, thanks to a run of heel-ish behavior starting with this freudian slip while cornering his girlfriend, Andrea "KGB" Lee, a few weeks back....

Saying "That's what they're gonna do [cheat], they're dirty fucking Brazilians" on a hot mic made Kelley a lot of enemies in the MMA world, including Gilbert Burns....

….and he did himself no favors when he showed up a pound and a half overweight at weigh-ins and flipped everybody off all week. 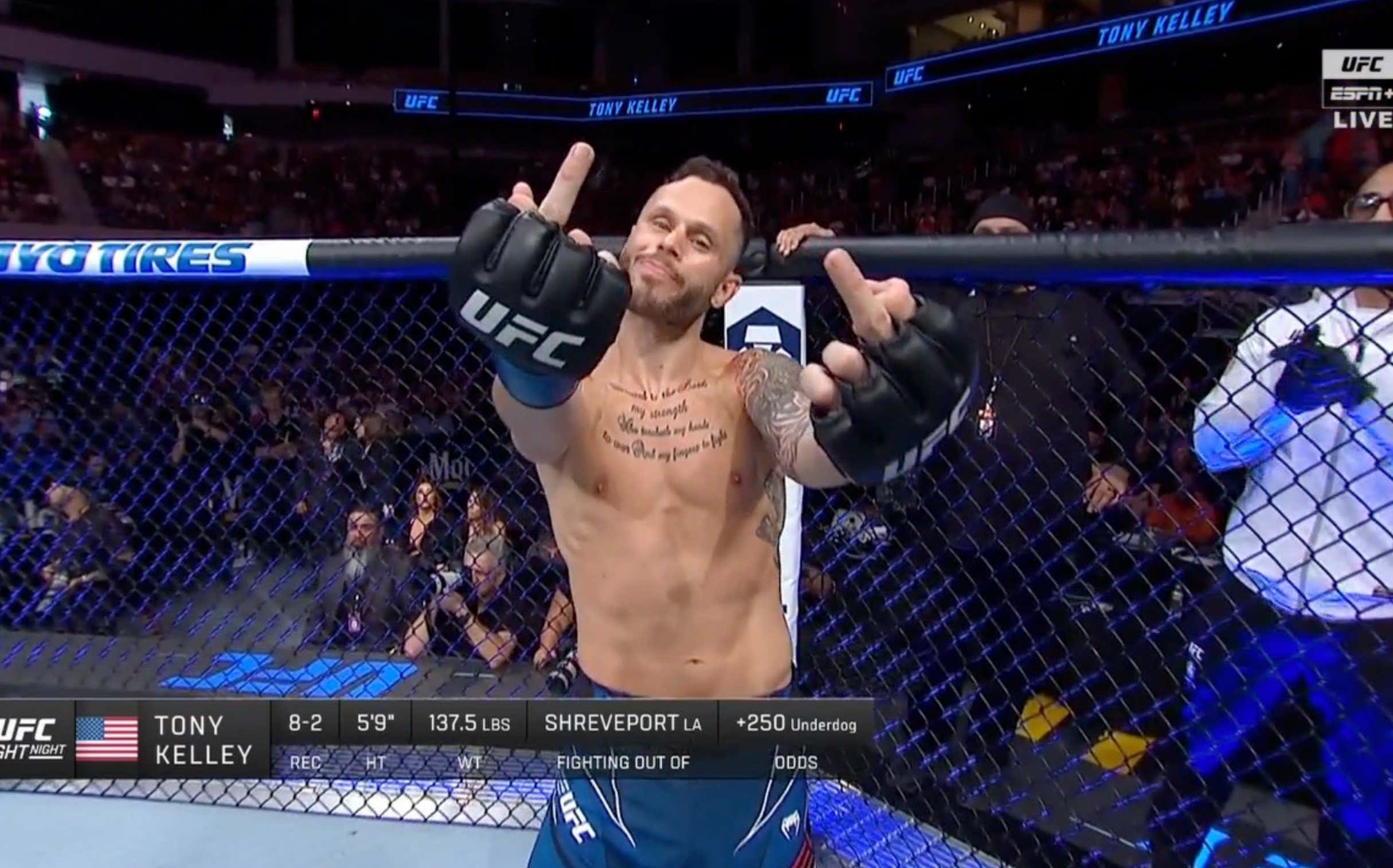 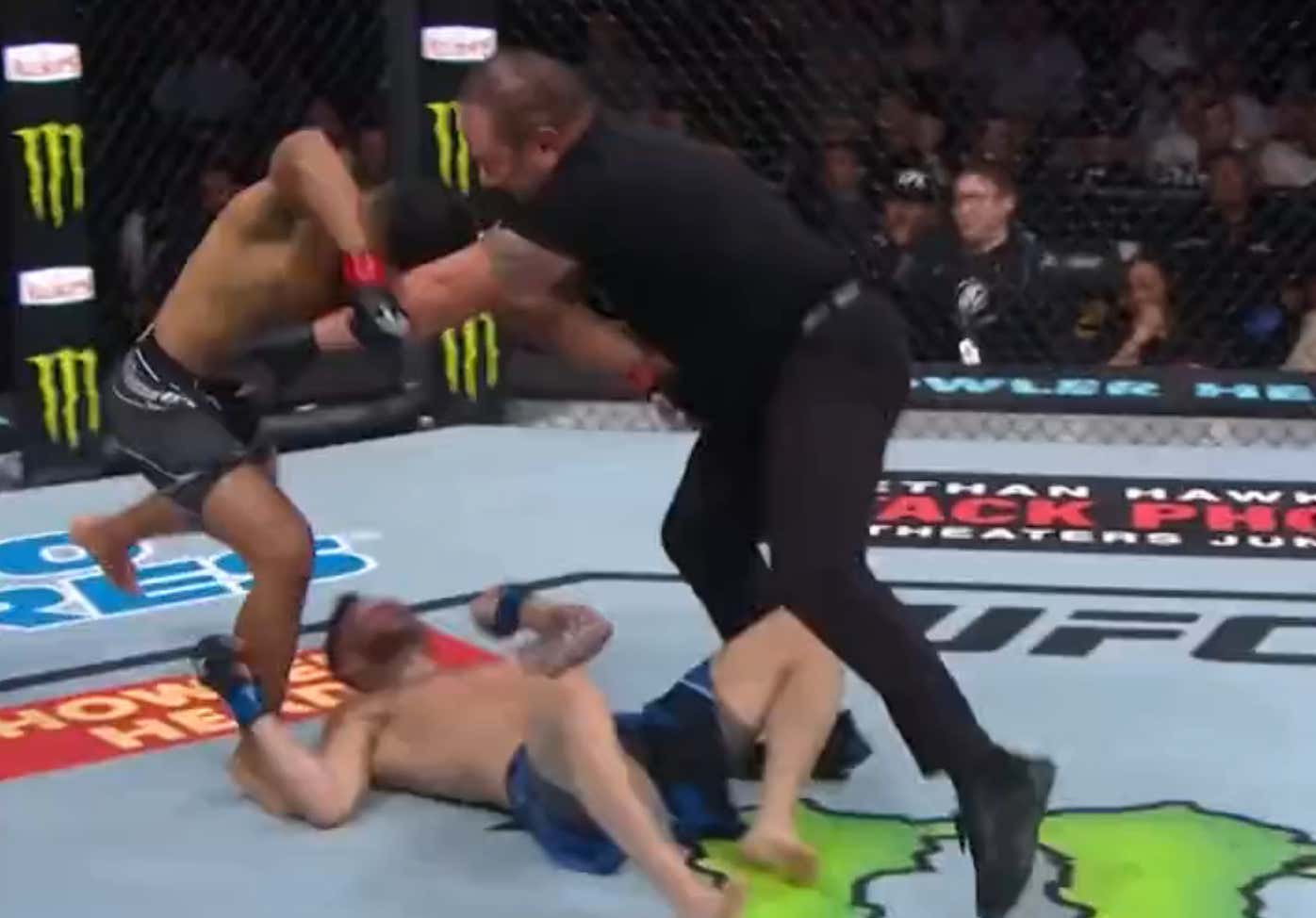 That's tough. He tried to shake Yanez's hand after his hand was raised and Yanez have him a "fuck off, dude" look.

Adrian Yanez is on an UNBELIEVABLE streak right now, though, and he definitely deserves a Top 15 opponent next - someone like "Suga" Sean O'Malley (who has expressed interest in fighting Yanez before) would be great.

If you're not watching these fights by now, I don't know what to tell you - the card has been phenomenal thus far.

OH MY GOD - AS I WAS PUTTING A THUMBNAIL IN THIS BLOG TO PUBLISH IT, JULIAN MARQUEZ JUST GOT KO'D IN THE FIRST ROUND AS WELL!

THAT'S SIX FIRST ROUND KOs ON THE NIGHT! WHAT IS IN THE WATER IN AUSTIN TONIGHT?!