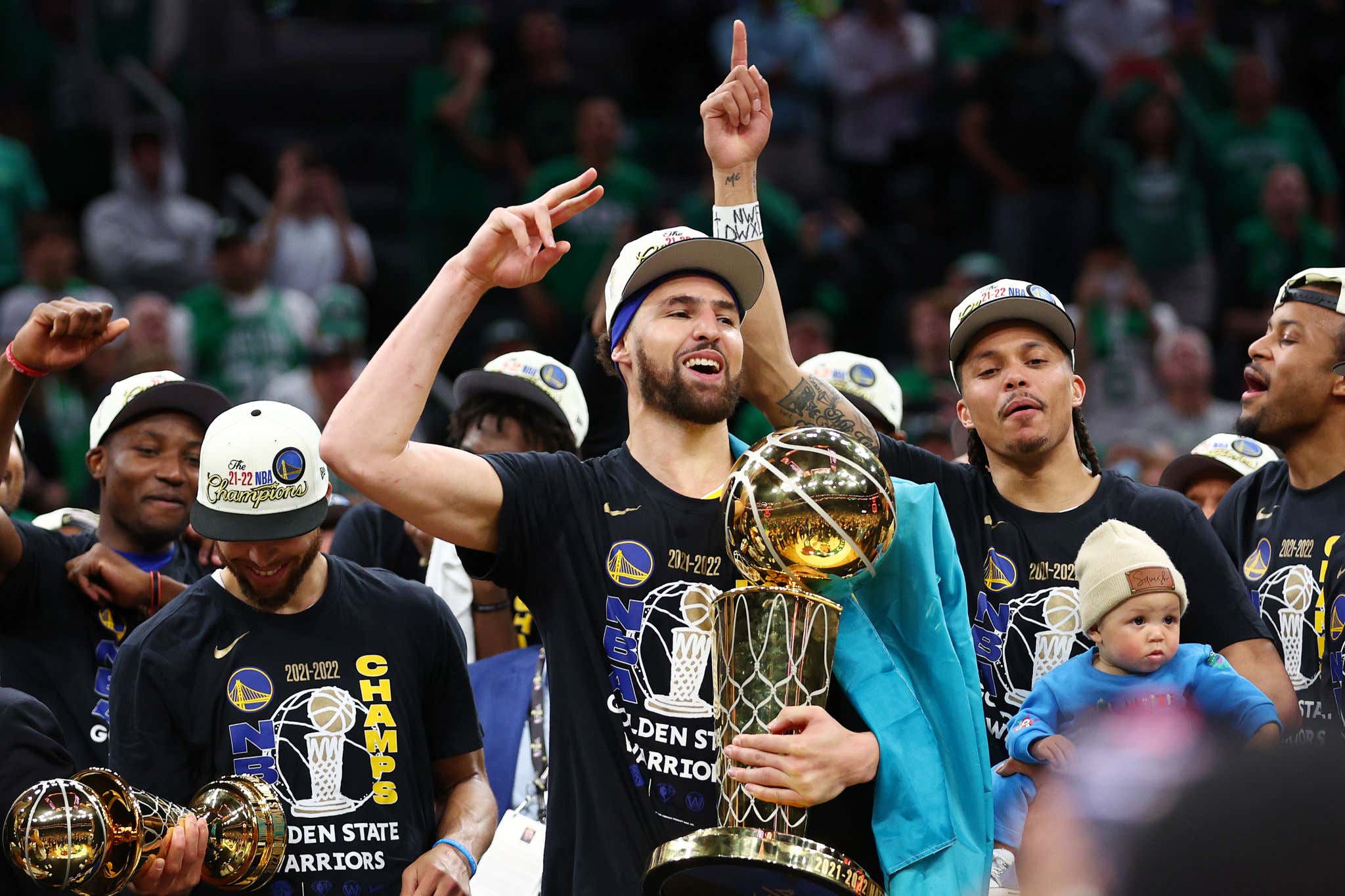 By now we've all seen the clips. The Warriors kept all the receipts and after reaching the top of the mountain for the 4th time, they let the world know. That's how it should work. Use that shit as fuel and motivation, win a title, and then unleash hell. Sports needs more of that in my opinion. I will never get on someone for talking all the shit after they win. You're a champ. That is your right. Of course, Klay certainly made sure to do just that

As fresh as my own personal wounds are right now, even I can't help but feel some sort of happiness for Klay after the last 2 years he's had. I've said time and time again it's impossible to hate Klay even if you hate the Warriors, so part of me thinks it's pretty cool that he got back to this point. It also makes me want to blow my brains out, but you get what I'm saying.

Now because this is 2022 and Twitter exists, you knew there was going to be some sort of response from the Grizzlies side. It certainly didn't take long.

I have a confession. The "own real estate" or the "live rent free" in your brain is the dumbest fucking shit people do. I can't stand it. Losers say stuff like that. This is also not "owning real estate" in Klay's or the Warriors head? Ja Morant and the Grizzlies had an AWESOME season. They were one of the best teams all year. As a result, they talked A LOT of shit. I mean, a lot. Every chance they got. Which at the time is no big deal because they were winning. Like I said to start this blog, when you win you can talk shit.

But Klay remembering that tweet and how much the Grizzlies talked shit about the Warriors after that regular season win is not living in his head. He's simply remembering something that happened. Not only that, I'm not sure you can "live in someone's head" when you did not prevent them from succeeding. The Warriors won the goddamn title, how are the Grizzlies taking up real estate in their brain? When you do something and then a person remembers and calls you out and talks shit as a CHAMP, that just how it does.

Now, if the Grizzlies had pulled off that series and eliminated the Warriors and Klay struggled etc? Yes. Now you can say you are living "rent free" in their head. Unfortunately, this happened

But after they knocked you out AND won the title? It's so lame. That sucks because Ja is awesome, but this ain't it. Just like everyone else, you have to simply eat the shit talking that the Warriors are going to do. Until someone knocks them off, that is their right as defending champs.

It's usually the people who are on the losing end of these things that go with the "rent free" bullshit. That's why I find it so annoying. If I had the power, I would ban phrase that from existence. Am I alone in that? Does it not bother anyone else?

Hopefully, this can spark a nice little rivalry between the Grizzlies and Warriors, because both of those teams are very, very good. Both are well coached, both have insane high level talent and great depth. If this can be the start of something like that, I'm all for it. But if all the Grizzlies end up doing is crying about it on Twitter and not coming through on the court? Well then it's just embarrassing.