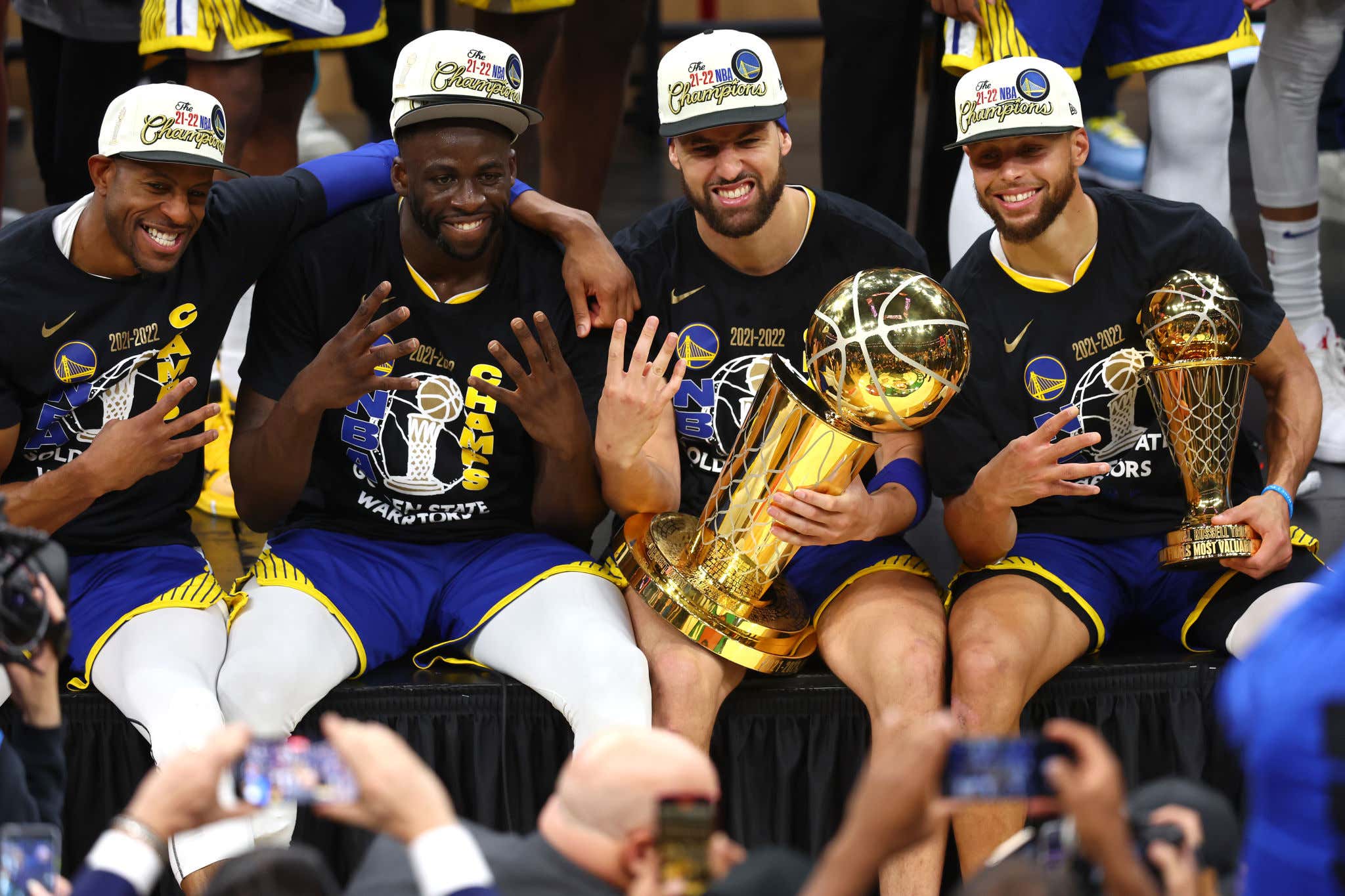 Credit where credit is due, not only did the Warriors take control of these Finals and earn this championship, I had to tip my cap to this move. When you win, you can talk all the shit you want. That's how it works. If you don't like it, stop someone from winning. But after going back and forth with Celts fans to start this series, it's pretty clear that Draymond had the last laugh. Not just because the Warriors won 3 straight to take the title, but Draymond was pretty damn instrumental in all three wins

I know that Game 4 line looks bad shooting wise, but there was no denying the impact he had in that game. Draymond figured out how to snap out of his funk and he had his fingerprints all over the closing of this series, especially defensively and as a facilitator. His reads were pretty much perfect in terms of his help defense and rotations which was huge because his active hands really making things tough for both Tatum and Brown on drives. I also thought he was really effective in terms of his transition defense as well. This is one thing you have to respect about Draymond. He talks shit, but he backs it up. It might kill me to even say that given what just happened, but that's the truth. He completely changed these last 3 games and once he started to hit jumpers like he did in Game 6 that's just the icing on the cake.

I also think it's pretty obvious who probably started that chant right?

As Celts fans, you just have to take this on the chin. No other choice really. That's the beauty of sports. You can talk all the shit you want, but when things don't work out, you have to eat it. There's no sense in getting mad about it or anything like that, again, if the Celts showed up and stopped the Warriors, they wouldn't be celebrating on your floor and trolling your fanbase. That comes with the pain of losing an NBA Finals at home. Maybe don't do that again, I dunno, just throwing that out there.

Much like all the slander the Celts and their players will get over the next few days will be deserved, so will whatever Draymond does on his podcast after this game. He can say whatever he wants, he's the champ. He can talk the talk because he walked the walk. The ultimate villain to some, but at the end of the day you have to respect it.