What in the world is happening here?

I knew that David Lingmerth is not the tallest fella out there, so at first I just figured Damon Hack was a unit. Haven't seen him in the flesh but I simply assumed he was 6'4 when I saw that first interview with Lingmerth. But I was curious, so I gave it a google... 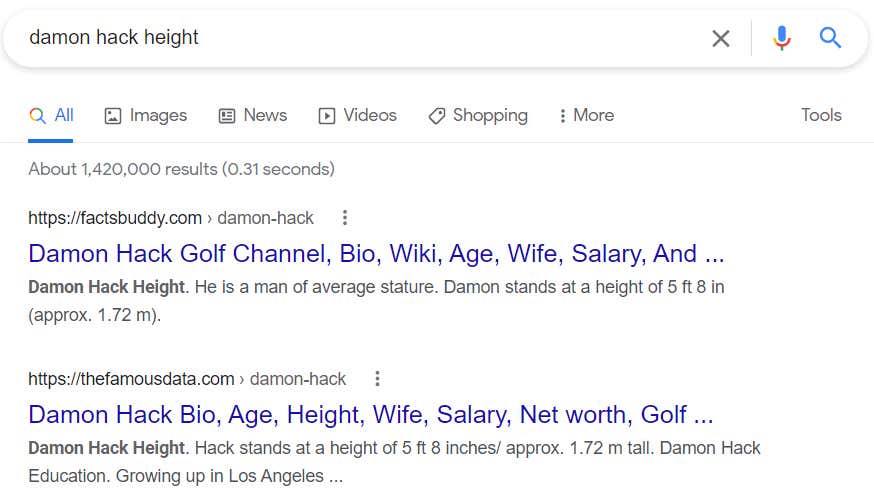 Meanwhile Lingmerth is clocking in at 5'7" and I know Rory is roughly the same height.

So either Damon Hack is the one standing on a soapbox or Google is straight up lying to my face. And anything the internet says is gospel, so my hands are tied. NBC is making these guys look like fools out here!

I'm sure Damon Hack is a great dude. But I wouldn't be doing my job not to be suspicious that Greg Norman and LIV Golf aren't behind this in some way. Rory is tearing it up on the golf course, so Old Greg threw NBC a bag in an effort to make the PGA Tour's frontman look like a little boy. I really can't see any other possibility. And I simply won't stand for it.