One of the 20 random jobs I have is overseeing the marketing for the bars and restaurants I part own. That includes checking the "info" email accounts and keeping tabs on online reviews. Every day is an adventure, and you really get a chance to see just how petty, cheap, and delusional some of our fellow human beings actually are. And how much time some of them have on their hands. But yesterday was really special.

Yesterday I opened up this gem of an email. 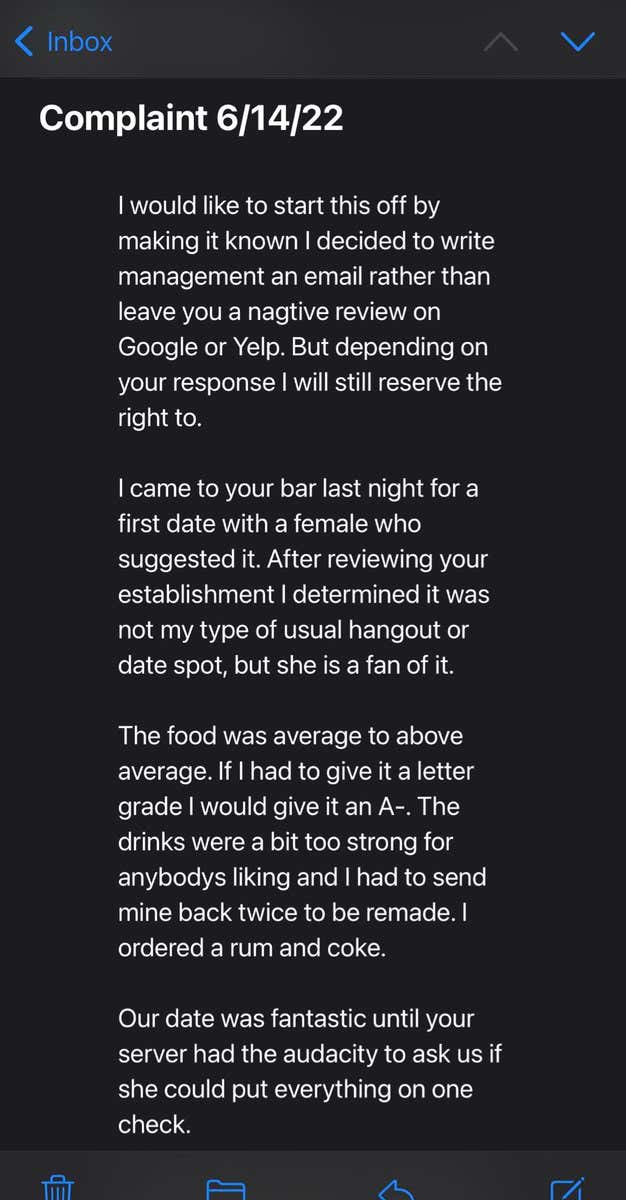 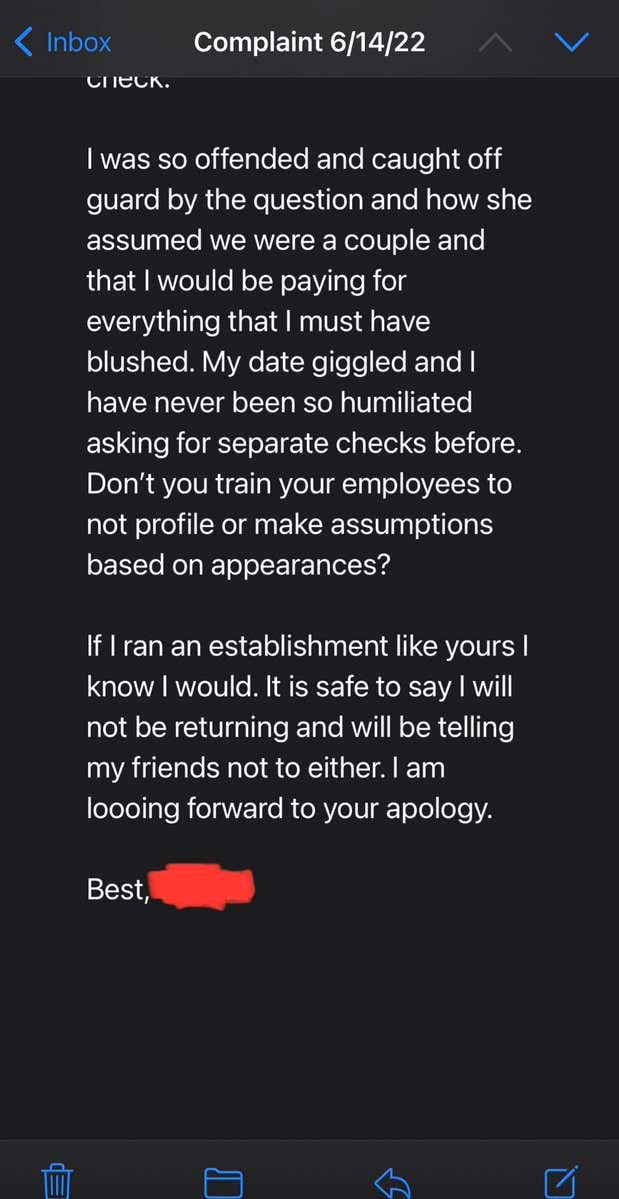 I really don't even know where to start. Even 24 hours later.

My first initial reaction was this had to be one of my friends playing a joke on me (first guess was Magee). But I ran a check on this guy's email address (not doxxing anybody because I'm not a complete moron) and of course he is a serial yelper. He's left hundreds of reviews on everything from restaurants to dry cleaners. Mostly all negative. I know the majority of people reading this probably think this guy is a rare specimen but the sad part is he's a dime a dozen.

Where and when as a society did we decide it was not only ok, but encouraged, to give every single person that wants one, a voice and a soap box?

It sure fucking is J.K. Simmons.

The worst part, is normal people, like you, the gracious and polite barstool commenter, don't have the time, nor the inclination to go out of their way to bash somebody's work or personal character.

9 times out of 10 you go out somewhere to give them your business, receive a service, and in exchange hand over your hard-earned money and it's a pleasant transaction and experience. That 1 time out of 10 where something goes wrong- the food is off, the service wasn't outstanding, your rum and coke was too strong, etc. you chalk it up to the fact that "shit happens" and you keep it moving. Maybe you reconsider going back to that place again and recommending it to friends, but you don't log onto your yelp or google account and go to town drafting your best takedown of that place like a psychopath.

The thing the average guest doesn’t understand or take into account is finding good help is one of the hardest things to do. Especially today. I don’t know where all the people spending all this money are working right now because everyone I talk to in just about every industry is trying to hire and can’t find anybody with a brain and/or work ethic, but it’s harder than ever. That’s not excuse for shit service or shit food, it’s just something to take into consideration. What people need to think about or do before whipping out their android to drop a hardo one-star review on a place is that 99% of their problems with their experience can be solved simply by asking to talk to a manager or the owner. Guarantee you if you politely, and calmly, voice your issue, like a civil human being, it will be resolved. Not only will it be resolved, you’ll probably also be discounted or have something comped. Because that’s what good owners and managers do. Now if you’re one of those people who do this and bitch just to get free stuff, you are scum of the Earth. But if you do this legitimately and get told to fuck yourself, or blown off, or are treated rudely, then that’s a different story. If you try to resolve something civilly and aren't able to, then I can see you going online and going off. But to sit there like a church mouse, walk out of the place and then light it up like an anonymous little bitch, like this serial killer, online makes you a piece of shit.

Those reviews sadly are what a giant contingent of people turn to when trying to find somewhere to go out to eat, or order from. Open Table, Yelp, Google, even Facebook. Especially when they travel or are in a place they don't have "go-to's". So as bad as they are by allowing everybody to be a food critic, they do drive a heavy amount of business to places. And those companies are scumbags when it comes to those reviews. Yelp especially.

Yelp's business model is one of the shadiest models I've ever heard of.

They blow you up relentlessly to "partner" with them. Partnering means pay them out the ass for "advertising" on their site. In exchange for paying them a monthly, or yearly fee, they will bump your business up the search result list. They do this two ways. By physically moving it up in the actual search results, and by boosting your positive reviews, highlighting them, sometimes even fudging fake ones, and by allowing you to remove negative ones.

If you don't pay to partner, you don't get that luxury.

It's not technically extortion but it's something.

There's also a reason why you always see the same places at the top of the listings for whatever category you search wherever you are no matter which app or service you search on. They pay to play with each of those groups.

The whole thing is crazy.

Which is why, if you're one of the people who only leaves bad reviews on places, never good ones, and goes out of there way looking for reasons to knock a place and not have a pleasant experience- fuck you.

You're in the same company as good old famous yelper, Lori Lightfoot.

p.s. - I forget who it was, I think it was Mike Rowe who first suggested the idea of forcing every American teenager to work at least a year in a service industry position in order to teach them how tough a job it is dealing with other people and serving them. People who've ever worked in the industry develop a real sense of how it is and in turn treat others with way more kindness and respect than these country club assholes who think their servers are actually their servants and order them around like such. Great idea.

p.p.s. - I did one of these "Service Industry War Stories" a while back and I want to do another one. So if you're reading this and have a horror story of dealing with a real asshole customer, boss, or co-worker, shoot it over to me on social media or email dante@barstoolsports.com