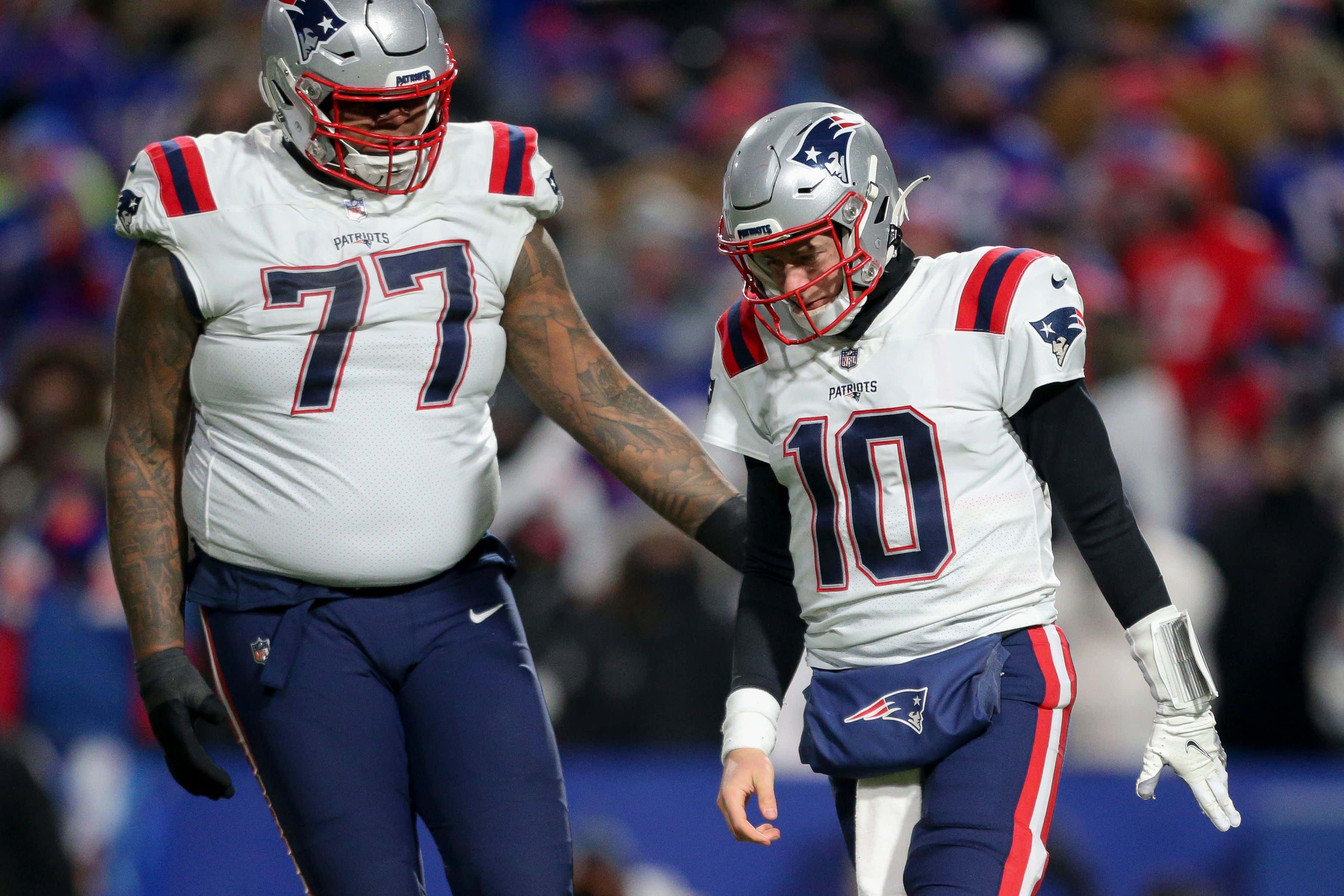 If you ranked the Patriots players who need to have superlative years in order for them to continue to build on last season's 10-7 playoff team, Trent Brown should be in the Top 10 for that list to be valid. And not just because of his boss tattoo, though there is that. There is always that.

They need Brown because they've turned over 40% of their starting offensive line. Will likely have a rookie at left guard. Isaiah Wynn's future is uncertain. And because in 10 games last year and 282 pass blocking snaps, he gave up just one sack, four hits and seven hurries, for an efficiency rating of 97.7%. And a Pro Football Focus grade of 77.0, which was best on the team. So not only was his re-signing after hitting free agency a pleasant surprise, it was an essential part of keeping the regional treasure that is Mac Jones' precious, rapidly-improving body in pristine condition.

All of which is preamble to Brown's interview with Pat McAfee yesterday:

Source - “We had a great offseason program and I’m excited about this fall, honestly,” Brown said.

“We worked our asses off together, we made sure we hung out outside of the building, and we’ve just been supporting each other overall in whatever each guy individually had going on. I’m really excited about what we have going on coming into this fall. I really, truly, believe that our love for one another has grown tremendously.” …

When asked about the sophomore QB, Brown had nothing but praise.

“Mac is always the first one in the building, last one out,” he said. “For him to be so young and have a lot of weight on his shoulders, you wouldn’t even be able to tell. The way he carries himself, he’s a fun guy.

“He can shoot the s--t from time to time, but he can really handle his business day-in and day-out. I respect the kid as much as anyone else in the locker room.”

Let me be the first to acknowledge that it's more than just about supporting each other and having love for one another. It's even more than about your young team leader being a fun guy. But it's a lot about that. Yes, you need talent. Which this team has. But it's not all about that, either. It's like that guy Ricky Gervais quotes in his latest Netflix special who was asked what's more important, the mind or the body, and he answered, "That's like asking what's more important for measuring a field, the length or the width."

To have any sort of success in this league, you need gifted athletes and you need them coming together as a team. And the surest way to make that happen is by having veteran guys setting the example for everyone with hard work and commitment. Working your asses off together, as the man says. That takes Mac Jones being the first one to swipe his key card in the morning and the last to pull out of the parking lot. It also takes Trent Brown coming back last year after making a fuckton of money with the Raiders, then turning down a shitton of money this year to sign with Seattle.

In Brown's own words, it's handling your business day-in and day-out. That's how you earn respect in the locker room. And now going into his eighth season, on his second tour of duty with his third team, he's been in a lot of locker rooms. So what he says counts for a lot.

Damn, how I do love it so when a guy wins in New England, leaves to get paid way more elsewhere, then returns to make less, but knowing he'll be happier in this system. As Bill Belichick himself has famously put it, "If you like football, and you like to come in and work on football, then the New England Patriots is a great place to be. If you don't, if it's a job, if you'd rather be doing something else, honestly you'd be better off with another team."

And here's your proof. Brown is just the latest of many who discovered that the real 7-figure contract is the friendships you make along the way.