This is model Remi Bader. If, like me, you're not familiar with her work, a quick perusal of her social media confirms how successful she is. She's got 2.1 million subscribers on her TikTok. Another 441,000 followers on Instagram. To whom she announced in February that she had signed as an ambassador with the world's foremost lingerie brand:

And it seems as though she has been very forthcoming to her subscribers about her struggles with an eating disorder for which she has received outpatient treatment. By any measure, this is woman who has carved out a tremendously influential (and one would assume lucrative) career in a competitive market anyone would be proud of. But the reason she's showing up most people's cultural radar today is this item:

People - Fashion influencer and curve model Remi Bader claims that a ranch wouldn't allow her to ride horses due to her weight.

On Saturday, the social media star, 26, shared a TikTok which detailed her experience at Deep Hollow Ranch in Montauk, New York.

"Shoutout to Deep Hollow Ranch in Montauk for making me leave because I weigh over 240," she wrote over a clip of the ranch.

In the caption of the video, Bader claimed she has experience riding horses and "never had this issue," adding, "Please adverise this on your signs for the future."

For their part, the Deep Hollow Ranch does list their policy on weight limits on their website. "You should keep in mind," it states, "That these animals start feeling significant strain and pain when carrying a person weighing more than 20% of its weight." 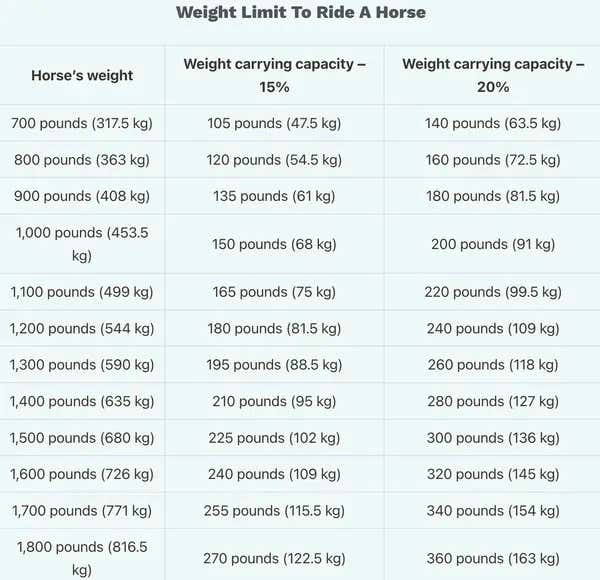 Unfortunately - and one can argue, understandably - Bader wasn't aware of this. And I'm sure it was an awkward moment for all when she was told she couldn't ride. After all, places that offer horseback riding for a fee would have the worst model in the world if it was to arbitrarily turn away paying customers all willy-nilly with no compelling reason. Which wasn't the case here.

A bad situation was made worse, as they so often are, by a teenager. Some kid who worked at the ranch took to Tik Tok, as idiots so often do, with a video calling Bader "a fat bitch." For which Deep Hollow deeply, and not hollowly, apologized on their Facebook page. It reads, "It has come to our attention that a TikTok video was posted regarding the ranch and a teenage employee posted a response that in no way represents nor is aligned with the views that the owners of the ranch hold.

But the damage was not undone. Back to the article:

"Its the fact of how it wasnt advertised and how poorly it was handled," she explained to her more than 2 million followers. "This was my experience not yours."

"It was very embarrassing [sic] to be told I need to leave alone when everyone else got to stay lol," she added. …

Bader sent a statement to PEOPLE on Tuesday. "I'd never want to take down or make a small business look bad unless I TRULY felt it was necessary. I posted for a reason and that's not because of me being denied to ride the horses. I get it, some places have weight requirements and I'd never want to hurt the horses, but it was the way I was spoken to and laughed at by the owner and the way I was treated overall. What I experienced in person was only supported later by the owner's son's video, who made very clear that they did not want me there because of my weight and that is truly disappointing. …

"I truly feel that every time I get into a better headspace and feel a boost of confidence, it gets shut right back down with experiences like this. It's sad the words of others can do that, and I wish it didn't affect me, but it has become normal for me to have to accept the body-shaming and experience daily from social media and in person, and it really just gets exhausting. I will never understand why my size could actually bother someone so much. I really never will."

OK, these last paragraphs, assuming they're true and I'm giving Remi the benefit of the doubt until we hear back from the ranch, is the key. This story has gone all around the internet. Especially YouTube, where all the thumbnails are photos of her next to a horse with her arms folded looking indignant and the titles are like, "Fat TikTok Model Mad She's Too Big to Ride a Horse" or whatever. And filled with obvious jokes like, "Exhausting for you? What about the horse?" Or "Why don't you ride a stationary bike?" When her version of the events is way different than the attempts at clickurbation.

The best definition of personal freedom is the one that goes, "Your right to swing your arm ends where my nose begins." And our right to be whatever size we are ends where an animal's back begins. It would be ridiculous to not have weight requirements to ride a horse, just like you're not at liberty to climb up on your neighbor's German Shepherd and start yelling "Giddy up!" Or your neighbor either, unless you have a relation with yours I don't with mine. You wouldn't put Shaq on a shetland pony. You can't put Giannis in the cockpit of a fighter jet. We're all limited by our body types. The key distinction here is that Remi Bader acknowledged that.

What her beef is, again taking her at her word, is the way she claims she was treated. The safety of the critters is, of course, paramount. But if someone can't ride, they don't deserve to have some asshole high schooler mocking them online. Or the owner laughing at them. Any more than if your kid misses the height requirement at Big Thunder Mountain Railroad, you need some pimply teen in a poly-cotton blend conductor's period costume leaning in his face yelling, "Piss off, South Pole Elf. Come back when you've grown two inches." As a wise man once told me something I have tried to adopt in my own life. After getting shoddy customer service he said to the person, "Look, I can go someplace where they'll take my money and they won't treat me like an asshole." Which seems to be what happened here. The biggest mistake the ranch made was messing with someone who carries a virtual megaphone that reaches two million people.

To be perfectly honest, I wish it was the opposite. The idea of a plus-sized model demanding she get to ride a horse with no regard for the animal's safety whatsoever, would've been hilarious. I could've done paragraphs on what a narcissist you'd have to be to hurt a majestic steed for your own ego. About her total lack of self awareness. Whereas one ever wrote a successful joke about a  person struggling with their weight acting reasonably, only to be given a bunch of shit from someone she tried to do business with and a teenage worker. If Deep Hollow says that's not how it went down, I'll revisit this. And then it'll be Game On. But for now, I'm on Team Remi.