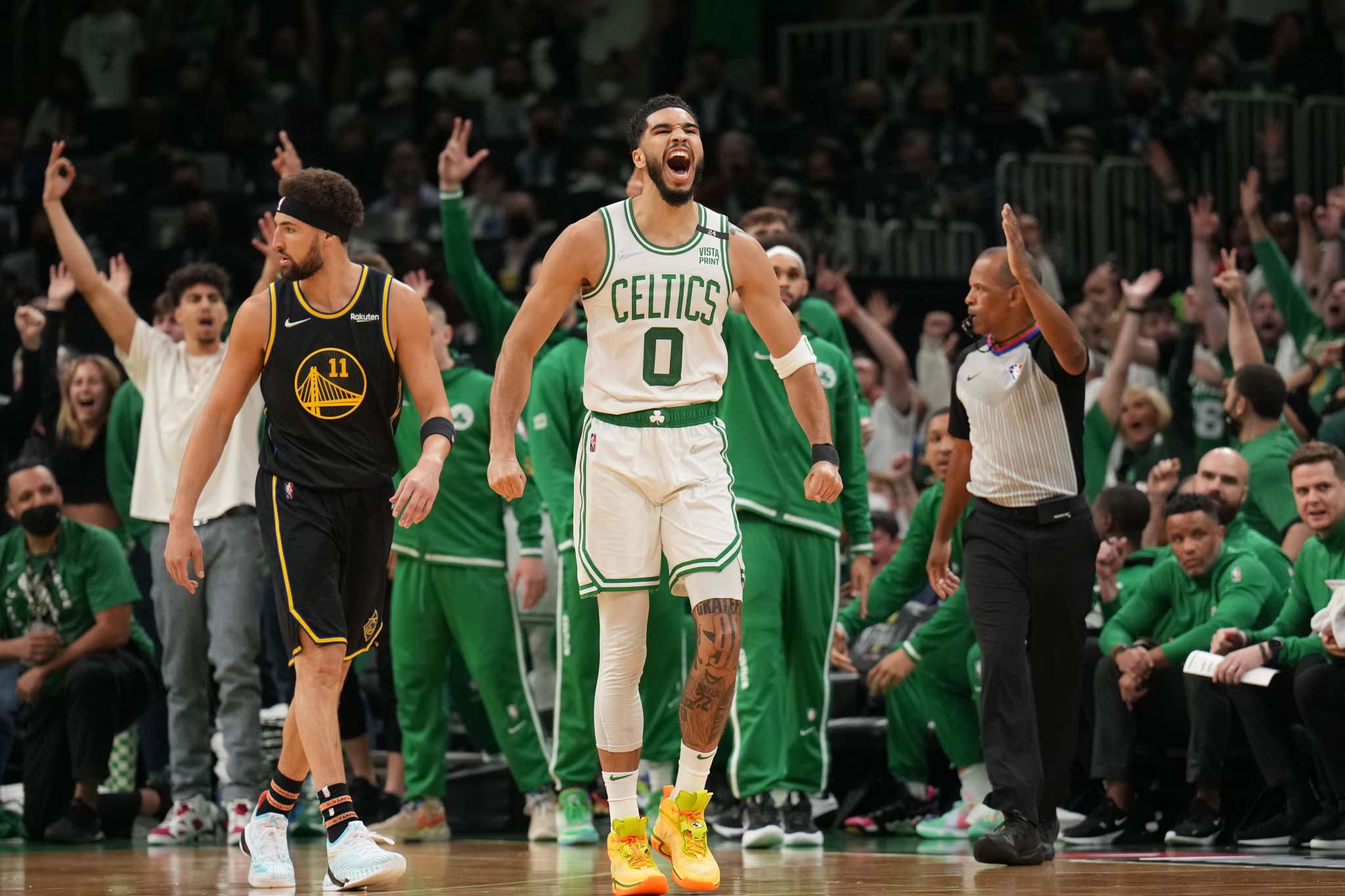 This is it. The day we have all nervously been waiting for has arrived. Game 6. Down 2-3. The season and an NBA title are on the line tonight and quite frankly I am losing my fucking shit. I've puked no fewer than 10 times already this morning. Didn't get a lick of sleep. Can't eat. Can't stop staring at the clock wondering why it's not 9pm yet. Even knowing we've lived through this before seeing as how this is the 4th elimination game the Celts will play this postseason, it feels entirely different given the stakes. The uncertainty if they'll ever be back, the frustration that they are even in this position because of how fucking careless they've been with the basketball, the confidence that they're at home and are as resilient a Celts team as I've ever seen, you mix it all together and this is basically me over the next 10+ hours

Essentially, these Finals could end with 3 possible scenarios

1. The Celts win Game 6 & Game 7 to cap off one of the most legendary postseason runs in NBA history

2. The Celts win Game 6 and lose Game 7 which will haunt me for the rest of my life

3. The Celts lose Game 6, drop 3 in a row after taking a 2-1 lead which will not only haunt me for the rest of my life, but even after I'm dead

That's it. Those are our options and I gotta say, I'm not too fond of two of them. They terrify me. Steph terrifies me. Game 6 Klay terrifies me. Zach Zarba working the game terrifies me. The Celts inability to not turn the ball over most definitely terrifies me. That's why it is on us to focus on the positive energy. We need to will this team to victory by doing our part.

Is that complete nonsense because this is a silly blog that has zero control over what actually happens and maybe I'm just desperately trying anything and everything because I don't want the Celts season to end? Shut up. This is Game 6. All hands are on deck. So first, let us enjoy one of the better Game 6 performances we've ever witnessed

What do I have to do in order to get this Jayson Tatum tonight? Just tell me. Is it money? I'll pay whatever. Is it some sort of blood sacrifice? Fine. I've always been told by nurses I have fantastic veins so go nuts. Is it praying? OK, which God? Not much of a Jesus guy myself, but he was technically on my team first so maybe there's still something there.

Honestly, I don't even need that 46 point type of performance from Tatum tonight. I just need him to be his usual, normal self and not a complete disaster. Maybe make a layup or two. Don't miss every shot you take in the paint. Don't turn it over. Things like that. But if he wants to go nuts like he did in Game 6 vs MIL that works too, I won't stop him.

Now, with such a massive game on the horizon, just one little Tatum video isn't going to do the cosmic trick. These are the Warriors and they smell blood. We need more. Luckily, I am prepared. You want to talk about Game 6s in the Garden? Then we may as well talk about the best Game 6 at the Garden of my entire fucking life

You think I'm done? Heavens no. A game of this magnitude needs more of this stuff. You should know what that means. Welcome to Game 6 on June 8th 1986

I'm still not done. We have to overcome Steph and Game 6 Klay tonight. We need more. Fine by me, how about this Game 6?

While I cannot experience that same type of joy tonight, we can get pretty damn close. This is the type of effort I want to see in this game. A complete 48 minute ass kicking. Punch first and never look back. Seize the moment like you've sneaky been unable to do a billion times earlier in these playoffs, but none of that really matters. Just do it tonight. Get to a Game 7 where literally anything can happen. Maybe Grant actually makes a 3. Maybe the Jays go nuts and combine for 70 points and the Celts previous Game 7 experience proves to be the difference. But in order to even live out that scenario, you have to take care of your business tonight. There is no tomorrow if you don't win today, it's as simple as that.

I've watched enough of this team in my life to be aware of a few things heading into this game. It will not shock me if the Celts come out tight. They've had some showings where they come out and hit a bunch of threes early and roll, but more often than not we all live through a brutal like 1-7 start. Withstanding the early Warriors run is going to be so important. They were able to do that in Game 5, and that's how they remained close and eventually took the lead for that short while. You're out of your mind if you don't think Steph is going to start like 5-6 or something with 3 3PM. Not panicking, not forcing things offensively and making sure you stay focused will be the key.

My confidence in this team and their chances in Game 6 really comes down to the fact that their issues in this series are not talent related. It's not as if the Celts don't have the firepower to beat this team. It's not like they don't have the scheme or the coaching. When we've seen them not play like assholes and execute, they are unstoppable. As long as they just play smart and in a way that we've seen them play a billion times over the last 6 months, they will live to see another day. It's been a very, very long time since we've seen 3 stinkers in a row. I'm talking like December. At the same time, all it takes is one bad quarter. That's why this shit is so nerve-wracking.

We aren't even going to talk about the reality of the Celts not pulling this out. Fuck that negative energy. We'll worry about that later if it happens. For now, it's time to love and trust like you've never loved and trusted before. We've been through hell and back with this team, so why should things be any different now? Each and every time they've come out on top, so let's see them do it one more time with everything on the line. I know they can. You know they can. Let us pray.