US Open at The Country Club. No better way to kick it off than one of the most legendary putts in golf history on the 17th green of this very course.

Saw a great read this week about the first guy to receive a hug from Leonard after burying that putt. Yeah, this guy in the red... 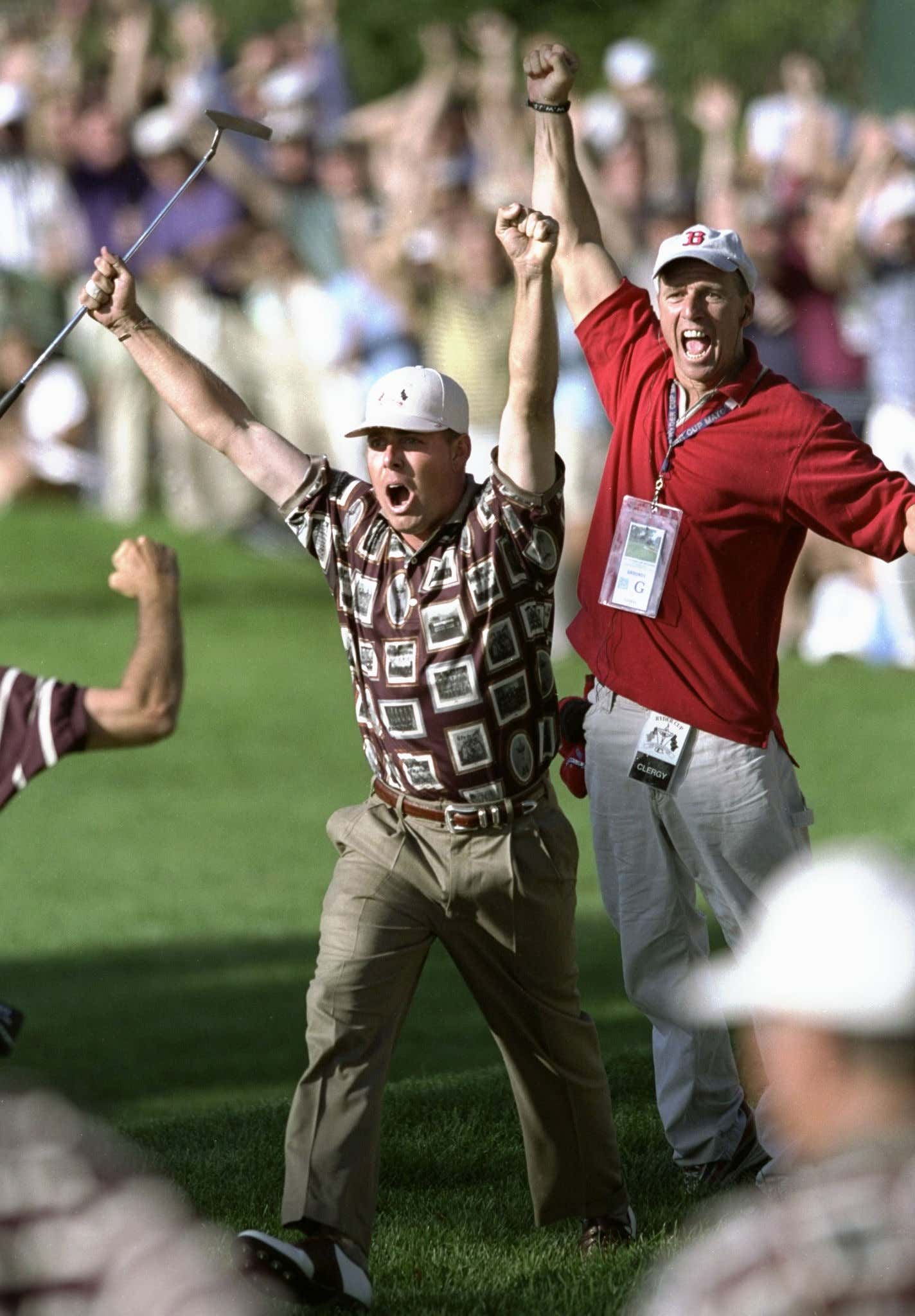 Turns out he's just some guy who snuck into the Ryder Cup on Sunday with a fake ticket and a lanyard that said "CLERGY" on it. Guy literally faked his way into one of golf's most iconic scenes by pretending to be the clergyman of the US Ryder Cup team. Takes Hank's butter knife and RA's Stanley Cup rendezvous to a whole nother level.

You can read that HERE if you have access to the Athletic.

Anyways, let's have a week at the US Open.