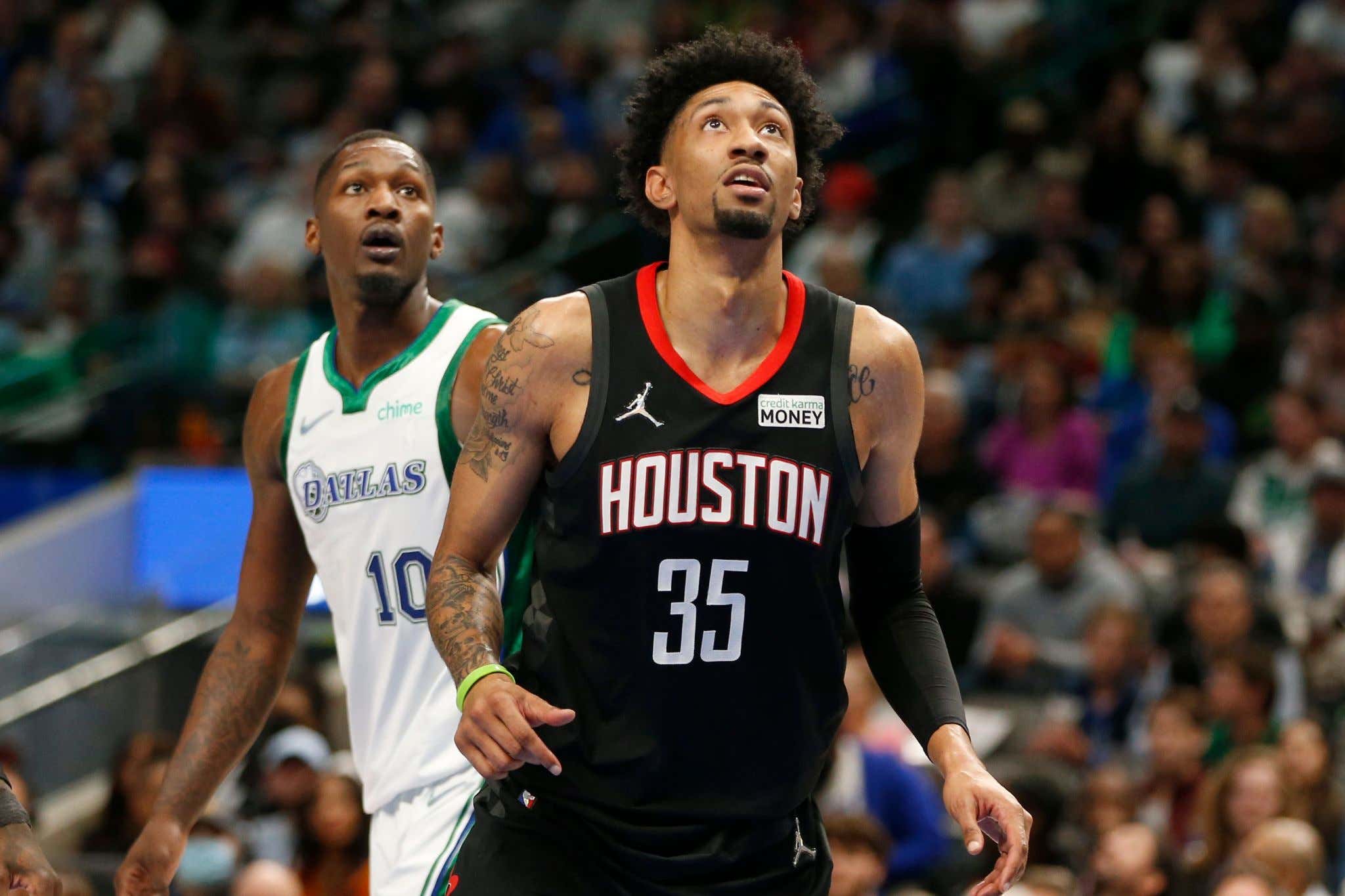 OK, maybe that's a little extreme because we're talking about Christian Wood here, but he's not bad! Plus, I was certainly not expecting to get legit trades right now. I'm too busy freaking the fuck out about Game 6 tomorrow night. When I first got the Shams notification on my phone I panicked that it was going to be something about Robert Williams' knee that would have ruined my night. Thankfully, we're talking about a completely different center.

For a team like the Mavs, the 26th pick is whatever. Especially when you're talking about a clear position of need. In terms of the players they gave up, while it's sad to see Boban go, none of those guys are really rotation players who impact all that much. Trey Burke can show flashes as a reserve guard in spots but nobody is really upset about that package from the Mavs perspective. Really goes to show you done the Rockets were with Christian Wood. He's a fascinating player in a sense that his box score can look great, he can stretch the floor and protect the rim. Those are all things that the Mavs desperately need. We all saw their playoff run and where their weakness mainly lived. They were too small. Adding a player like Wood with that skillset is pretty interesting on paper.

But there's also a very legit quit factor when it comes to Wood. There's a reason he's been a bit of a journeyman. He can be frustrating as all hell at times, you just have to hope he can give you shit like this on a consistent basis and is fully committed

The talent is there, no two ways about it. Given where the Mavs are as a franchise, my guess is Wood is going to be pretty excited about this trade. He's on a team many project to be a contender. He fills a need and gets to play next to Luka. Who wouldn't love going from the young and fun but going to be terrible Rockets to playing with Luka? That seems like a decent upgrade.

For the Rockets, this now gives them picks 3, 17 and 26 in this year's draft. When you're rebuilding, you need to be in asset accumulation mode. That's the path. Either you hit on the picks or you have enough in the treasure chest to go out and get someone. There are still tradable contracts on that roster. You pair those with some 1st round picks and you can improve in a wide variety of ways. To give up a player they didn't give a shit about anyway seems like a win/win for them too. Is that what we have here? One of those rare win/win trades where everyone gets what they want and are potentially better because of it? Certainly feels that way.

This just goes to show, NBA news never sleeps. It waits for nothing, not even the NBA Finals to conclude. We're going to be getting Shams and Woj bombs at any moment from now until October. What a time to be alive. To be honest, I wasn't even close to being mentally prepared for this kind of stuff seeing as how I'm fighting for my playoff life and trying to win an NBA title, but who am I kidding. I love NBA trades. I love NBA rumors. I say let the floodgates open.