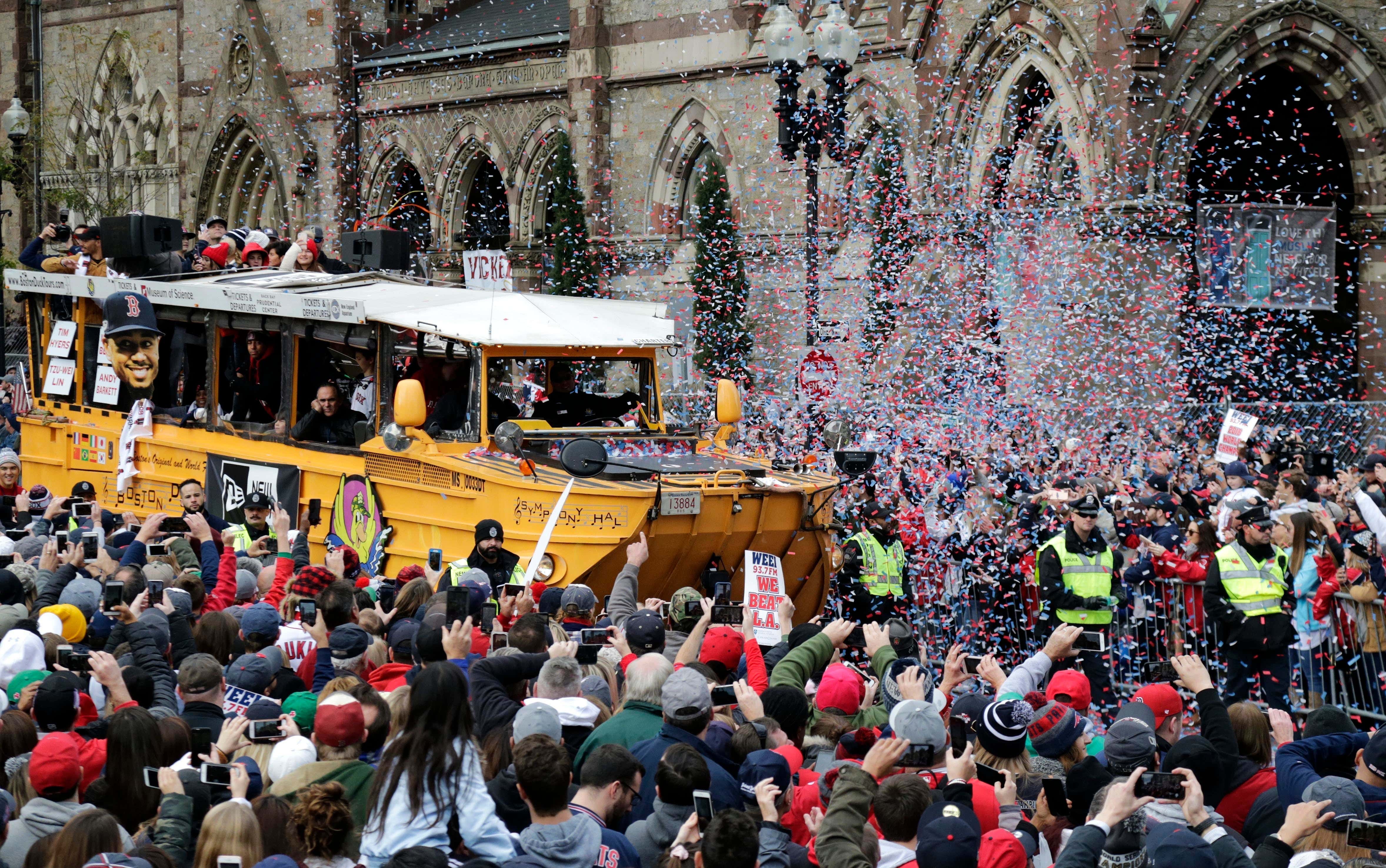 It began, as such things typically do, with a scorching hot take. Chris Russo went on First Take, put on his welding helmet and oven mitts, reached into the kiln with long, cast iron tongs, and pulled out this work of art:

And that is where things got ugly. Which is to say, indescribably beautiful Nice work by Molly Qerim and the best in the business, Stephen A. Smith:

Holy shit. That might have been the most blatant example of leading with your rhetorical chin these ears have ever seen. This was the TV equivalent of Suicide by Cop, where some deranged, self-loathing mental-defective decides he's had enough of living and chooses to do something crazy in order to go down in a hail of bullets rather than end it on his own.

And yet Mad Dog still didn't know what hit him. Boston doesn't make his Top 5? TOP. FIVE? I guess I'm glad of that. Because one thing he and his ilk need to know is that we don't want to be in your Top 5 of anything. Whether you love us or hate us, it's No. 1 or go piss up a rope. GTFO as the kids say.

Massholes are the fanbase equivalent of the girl with the fitness model body and Hollywood 9 looks who lives in the nicest house on the street. Respectfully, the five markets Russo lists are the awkward teens with the bad complexion she waves to while walking her dog, but doesn't know any of their names. And while they can't decide if they love her or hate her, they know they know they're obsessed with her, and the dynamic is most definitely not vice versa. Her excellence in all things, and her very existence, undermines their self esteem. But they know they'd have to gouge their own eyes out like Oedipus in order to keep from watching her gracefully stroll down the street.

Kudos to Stephen A. and Qerim for the manner of the takedown as well. An oblivious Mad Dog commits a self own here. We tend not to watch a sporting event when one of our teams isn't in it? That is very true. Which proves the opposite of the argument he's trying to make. We're emotionally invested in the Celtics, Bruins, Red Sox and Patriots. When two teams we have no connection to are playing for a title, it's harder for us to get into it than say (choosing at random), a fan of the Columbus Blue Jackets or the Phoenix Coyotes. Our wins feel better and our losses bother us more. Sometimes forever (18-1). And without that juice, we're more likely to tune out. (And my guess is we probably wager more on average as a result, but I don't have data to back that up.) Of course we have a team in every league's finals more than all these other cities, which makes it easier to deal with:

So keep trying to diminish us, all you Mad Dogs. But I ask you to what end? Dread it. Run from it. A Masshole arrives all the same.