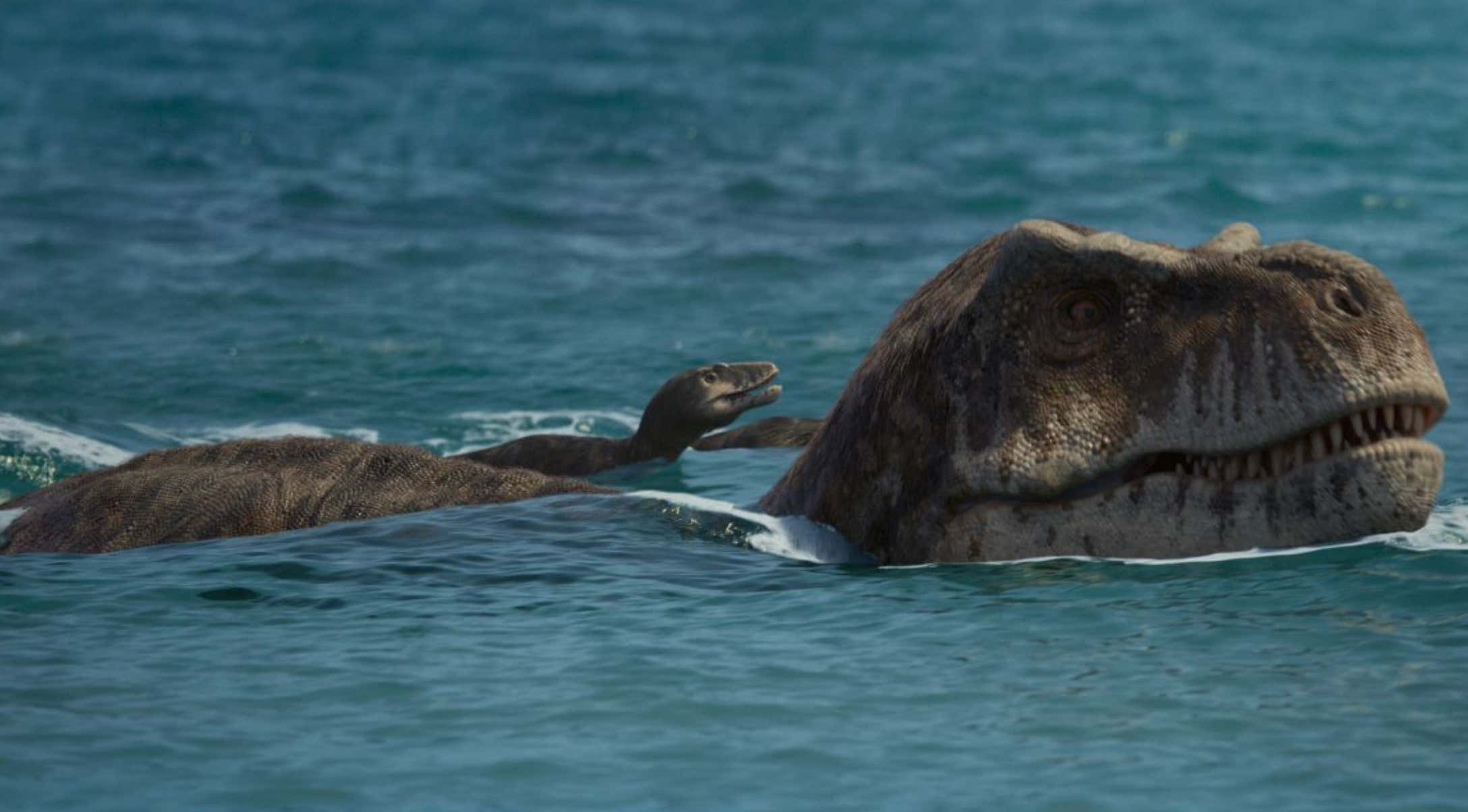 Little bit of a slow news day here so I found it fitting to bring up a topic that's been stuck in my head for weeks. Every morning I wake up and think about how the T-Rex was a great swimmer and we need to talk about it.

If you haven't watched Prehistoric Planet yet on Apple TV I strongly suggest giving it a whirl. If you liked Walking With Dinosaurs back in the day, you'll love this. It's essentially one of those Planet Earth docs, but with dinosaurs. The visuals are stunning and the narration from David Attenborough is fantastic. It's the perfect docu-series to pop in some 3Chi and sink into your couch for on a lazy evening.

Now that we got the intro out of the way, let's talk about the real story. The T-Rex not only could swim, but was a great swimmer??? The thought of a creature that weighed anywhere from 11,000 to 15,000 pounds being a good swimmer with those useless tiny arms is CRAZY. See below for the clip.

Your whole life you go on thinking the T-Rex was the greatest predator on land in the world's history, but in the water? No shot, it'll most certainly drown. We were led astray.

Jurassic Park never once showed us a scene where this bad boy went for a dip and terrorized the humans in the water as well, but did they almost? There's a famous deleted storyboard scene where the Rex in the first movie is taking a snooze and is woken up by a cough from Lexy.

Impossible to knock anything from the OG film, but if they added this towards the end it would have been incredible. Either way, it's bananas this monster had the ability to swim like this. I'd last longer with Blake Lively than I would back in the Cretaceous Period.

Five episodes of this on Apple TV and I couldn't recommend it more. You're welcome.