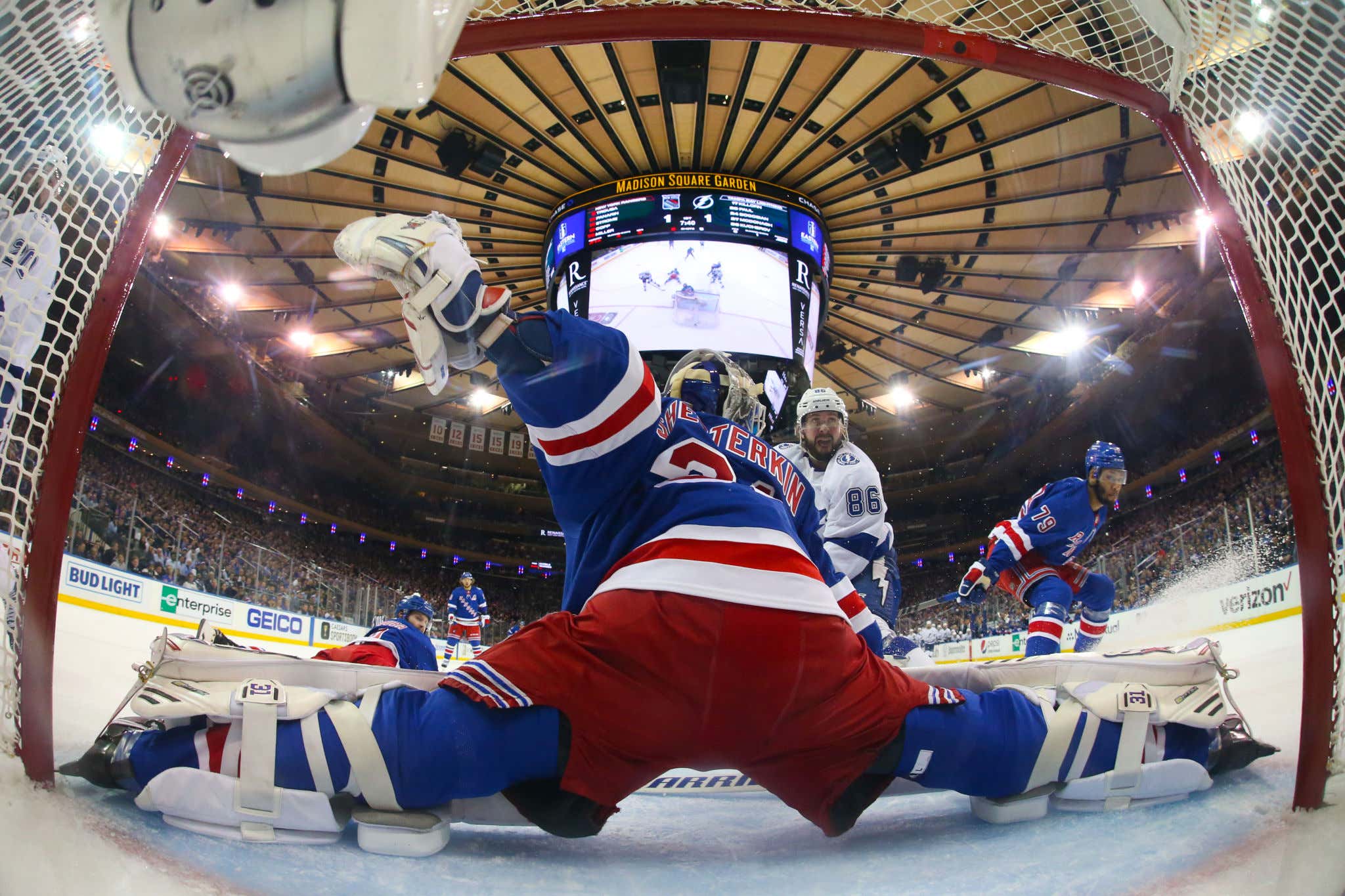 Rangers fans were fortunate enough to have surefire HOFer Henrik Lundqvist patrolling the crease for 15 years. To watch Igor Shesterkin follow The King without skipping a beat is a downright miracle. It was 10 years ago when Hank had his career year that led to a Vezina win as well as finishing a Hart finalist. Tonight, after his first full NHL slate, Shesty officially does the same. In the last 15 years only one other goalie (Bobrovsky 2017) earned legitimate MVP consideration alongside being voted the league's top netminder. Rarified air for Shesterkin and at 26 he's only just begun. Lundqvist was 30 & Bob 28.

In 53 tilts behind a young Blueshirts squad that was usually mediocre (at best) in terms of puck possession, Shesterkin finished 36-13-4 with 2.07/.935 peripherals. Didn't drop consecutive regulation decisions until his last two starts of the year & that .935 save percentage is third-best in NHL history among goalies with at least 50 GP. According to NaturalStatTrick, Igor stopped an absurd 45 goals above average, 150% better than the runner up Ilya Sorokin's 30. Nobody sniffed his .873 high-danger save percentage and on the penalty kill he was an absolute savage, kicking aside 93% of shots faced including 16 that beat the average goaltender.

Think about that. The Rangers PK finished 7th in the league at 82.3%. Without an insane 16.46 shorthanded GSAA they plummet to a bottom-five unit. A team's best penalty killer should always be their goalie but Shesterkin took it to another level. Fitting for a guy who thrived whenever his squad wanted to raise the degree of difficulty. When his workload was higher, Shesty's game was better as evidenced by a 24-7-2 record when seeing 30+ pucks.

It was a stretch from mid-November through early March that made Igor a household name. Over 26 starts Shesterkin rocked a record of 21-4-1 backed by a 1.70/.948 line, sparking the majority of his MVP hype. While a "pedestrian" finish (2.33/.920) down the stretch might've cooled his chances of a Hart next to his Vezina there's absolutely no doubt the campaign Shesty posted deserves recognition alongside McJesus' pursuit of "the best to ever do it" and Matthews hanging 60 in 73. One of the greatest single-season goalie performances ever - and he followed it up by carrying his squad further in the playoffs than most expected the Rangers to finish. His .929 postseason save percentage is tops and that includes a pair of brutal first round road outings where he let 10 of 45 shots get by. Over the other 18 games, when stakes increased every 48 hours, he outdid the numbers that earned him his first Vezina trophy. Unreal.

The future is bright for the Blueshirts and, despite names like Panarin Fox & Zibanejad, it's brightest because of Igor Shesterkin.