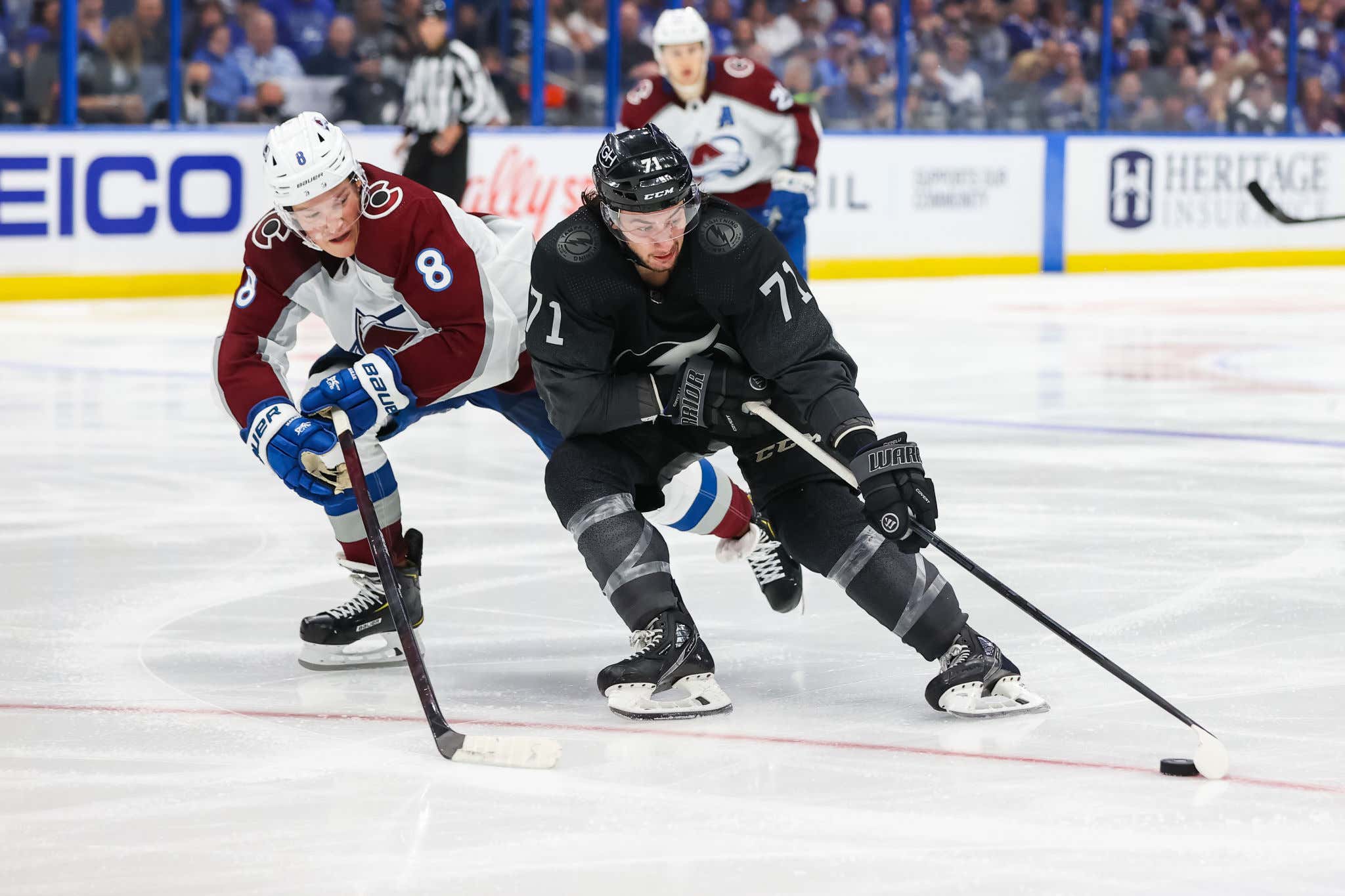 The journey is over as two teams now stand on hockey's biggest stage. One is seeking to prove that they have been the best team all season, and the other is trying to become hockey's most prominent dynasty in 40 years.

The two teams arrived on different paths; the Colorado Avalanche dominated the Western Conference, sweeping the Predators in the first round. In the second round, they had one pothole, blowing a 3-0 lead in Game 5 with a chance to close out the Blues. They won the series in six games as Darren Helm scored the clincher with 5.6 seconds left. After that one series they had to sweat, Colorado swept the Oilers to reach the Stanley Cup Final for the first time in 21 years.

The Tampa Lightning, winners of the last two Stanley Cup Championships, have overcome adversity throughout the playoffs. In the first round, they faced elimination in Game 6 against the Maple Leafs. They trailed in the third period before netting the equalizer and winning in overtime. They would win Game 7 in Toronto 2-1 and advanced to the second round, where they swept the Panthers in the battle of Florida. In the Eastern Conference Finals, the Lightning got off to a slow start losing the first two games to the Rangers in New York. Coming home, they trailed 2-0 in Game 3 before turning the game and the series around. Tampa beat the Rangers in six games and are now set on the verge of history, seeking to become the first team to three-peat since the Islanders won four in a row in the early 1980s.

This series has the potential to be a classic. The Avalance are a juggernaut and could become the dynasty that the Lightning are. The Lightning knows how to win these games; they have done it the last two seasons, and it will be the toughest test that Colorado has faced after a somewhat easy path to the Stanley Cup Final. One key will be for Tampa to get off to a good start in this series as they will need to take advantage of the rust on the Avalanche, who have not played in nine days. If Colorado comes out after nine days and dominates, the series could be over quickly, as the Avalanche has the speed and the size to overwhelm the Lightning, who could be weary after a challenging path to the Final.

The series could be decided in Game 1, Tampa needs to steal one in Colorado to have a chance to win the series and the Stanley Cup. If the Avalanche are rusty, the Lightning will exploit it. Nikita Kucherov and Steven Stamkos have become experts at scoring in crunch time and will find any weakness and exploit it. However, in each of the last two seasons, the Lightning did not face a team that can just take over and dominate as the Avalanche can. Tampa cruised through the bubble in 2020, and face a Canadiens team that was inferior in last year's Stanley Cup FInal. With Nathan MacKinnon's speed and Cale Makar's two-way ability on the blue line, the Avalanche are the superior team. Once the Avalanche finds their legs, they will take over the series and make Tampa feel slow and old as the wear and tear begins to sew the seeds of doubt. Makar could be the best defenseman in the NHL since Paul Coffey as he has had a monster postseason. This series will have close games, but the Avalanche will need just five games to claim the Stanley Cup.