Hell of a game last night in Los Angeles but we did have a terrifying moment late in the ball game. Mike Trout's bat broke on a bloop single in the 9th and actually went through the umpire Nate Tomlinson's mask and got him right in the face. Tomlinson dropped to his knees instantly, not only did it hit him in the face, it was the sharp, broken piece of the bat that got him. We've seen catchers get hit on a backswing occasionally but this is a whole other story. The fact that it went right inbetween the bars of the umps mask, a scary situation for sure. Trout made his way down to first but you could tell he was concerned. 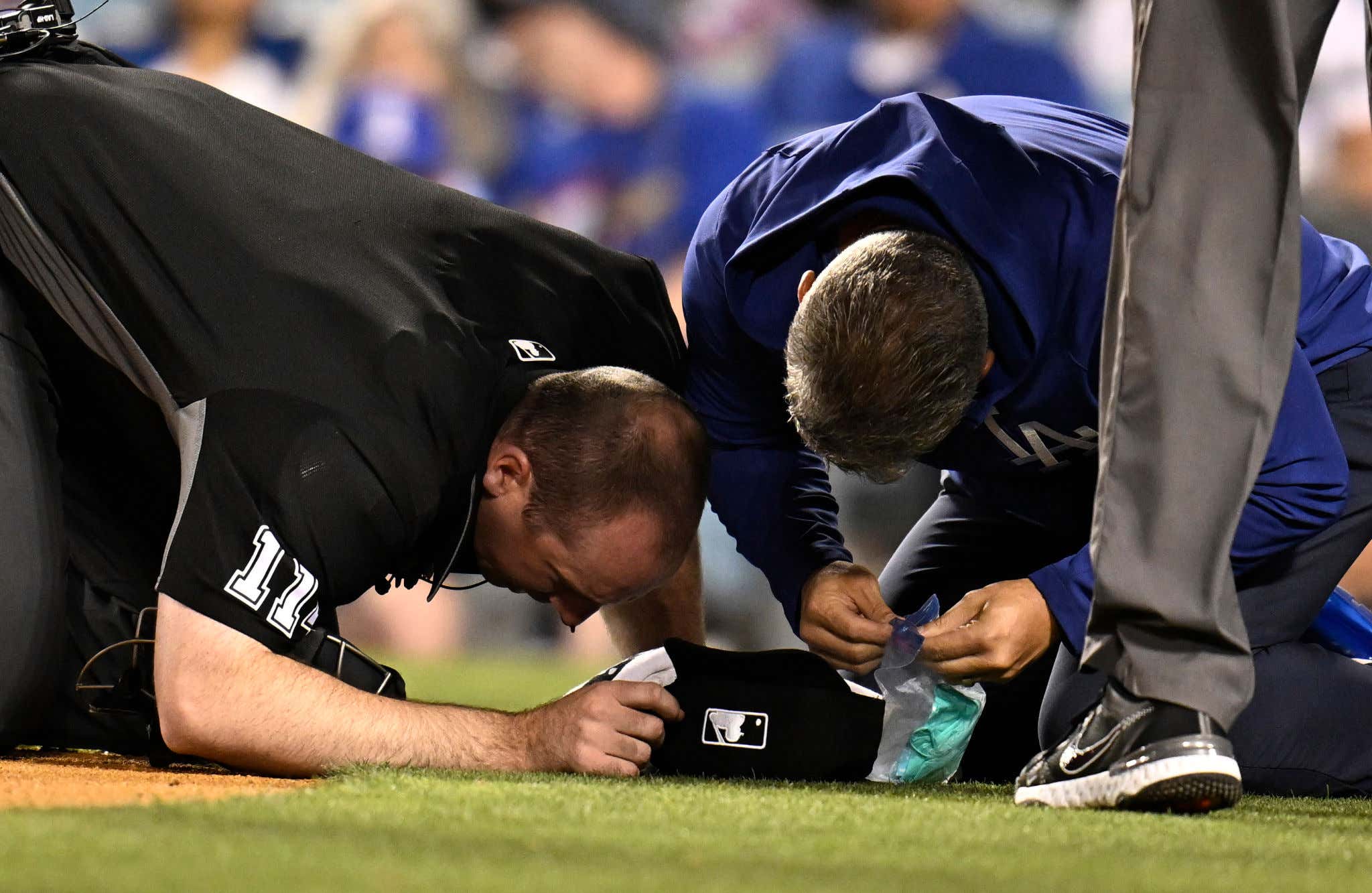 With blood dripping from his face, Tomlinson left the game to get attended to. I can't ever recall seeing that. Again, you've seen bats break and hit guys, or it snaps and smacks the catcher or ump. But I've never see it go through the bars of a mask and pretty much stab and scuff up the umpire's face. He's really lucky he didn't get an eye poked out or anything worse, just to escape with what seems to be a few cuts and scrapes is a miracle.

There's just nothing you can do there. Can't expect that to happen, can't anticipate it happening, can't brace for it either. Terrifying moment but thank god it doesn't seem to be that bad. You know Trout felt bad and it wasn't even his fault. Again, thankfully it looks like he'll be okay, just hope we never really see anything like this again. I don't need to see guys getting splinters taken out of their face.