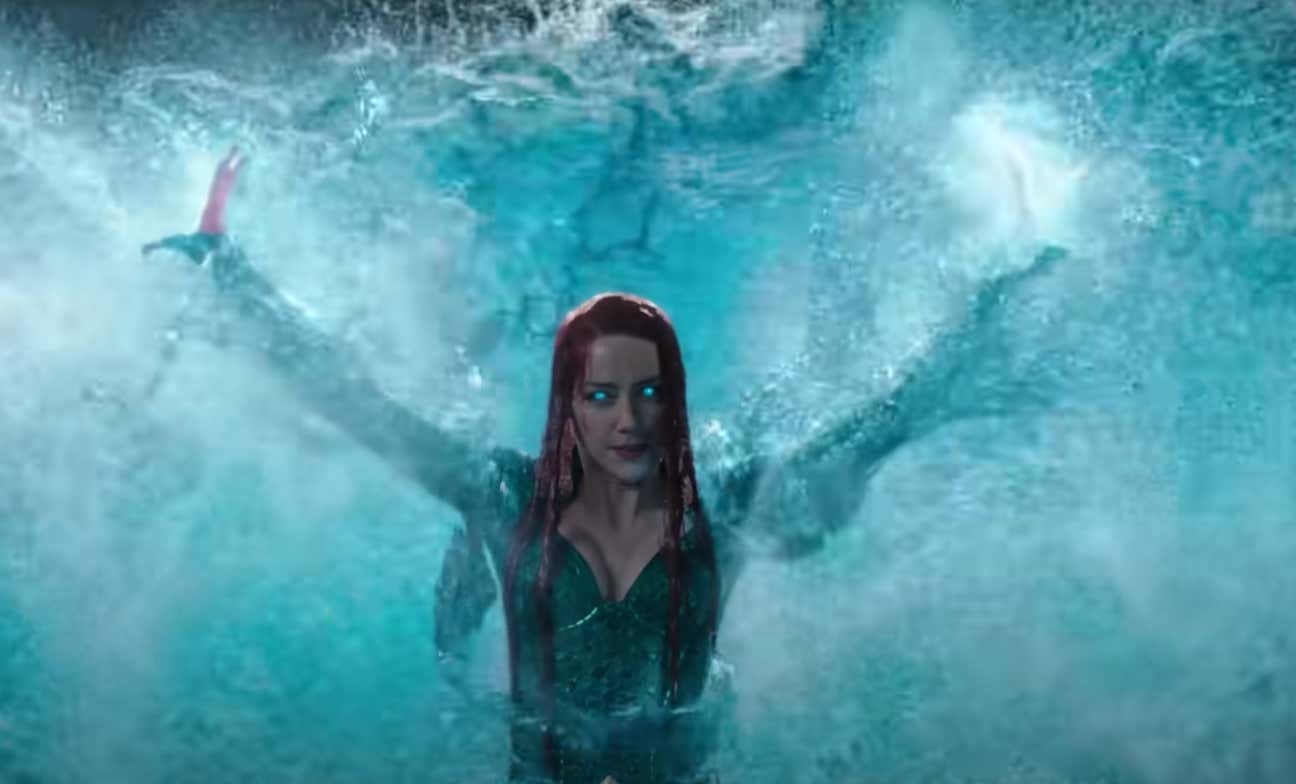 A real shame as we learn Amber Heard's role in the upcoming film 'Aquaman 2' has been entirely cut from the movie according to reports. Recently it had been rumored her role had been decreased to less than 10 minutes of screen time, but with no official word following that. Well, now two weeks after the verdict from her defamation trial was announced, it seems Warner Bros. finally decided to axe her all together.

“Warner Bros. decided to recast Amber Heard‘s role after screentesting the movie. They are going to be doing reshoots with Jason Momoa and Nicole Kidman,” the insider shared to Just Jared

All of this is coming just hours after a 10 minute snippet of her Today Show interview surfaced where she doubled down on everything she said during the trial.

Savannah Guthrie absolutely GRILLS her in this video and exposes several issues with her complaints about the unfairness of the trial. It's worth the watch.

There's a point in that clip where Guthrie brings up Heard's infamous quote said to Depp via recording, "Tell the world, Johnny. Tell them, 'I Johnny Depp … am a victim of domestic violence,' … and see how many people believe or side with you," Heard tells Guthrie that's just a 20 second clip of a three hour conversation which then Guthrie responds asking where that the whole clip is then and why it wasn't evidence. Heard's only response to that is she's not a lawyer. Think we can all agree on that one.

There was also that bizarre quip about Depp convincing the world he had scissors for fingers. Was that supposed to be a burn or a good point at all?  I honestly  don't have a single clue of why she did this interview.

There was a report during the trial that Heard fired her PR team because of the bad headlines popping up from her testimony. A petition to have her cut from the movie had reached over 4 million people so it was obvious things weren't going well. Based on this interview I'm not sure she has one currently if she thought this sit-down would go well in any way, shape, or form. Unless she really does have zero self awareness, I can't see why she believes doubling down and calling Depp a liar again was a good idea here. Couldn't he sue her again for defamation technically? Either way this was a losing move by her and will only further hurt any kind of image she has remaining. A real shame.

It's worth noting Heard's team is denying the report she's been entirely cut.