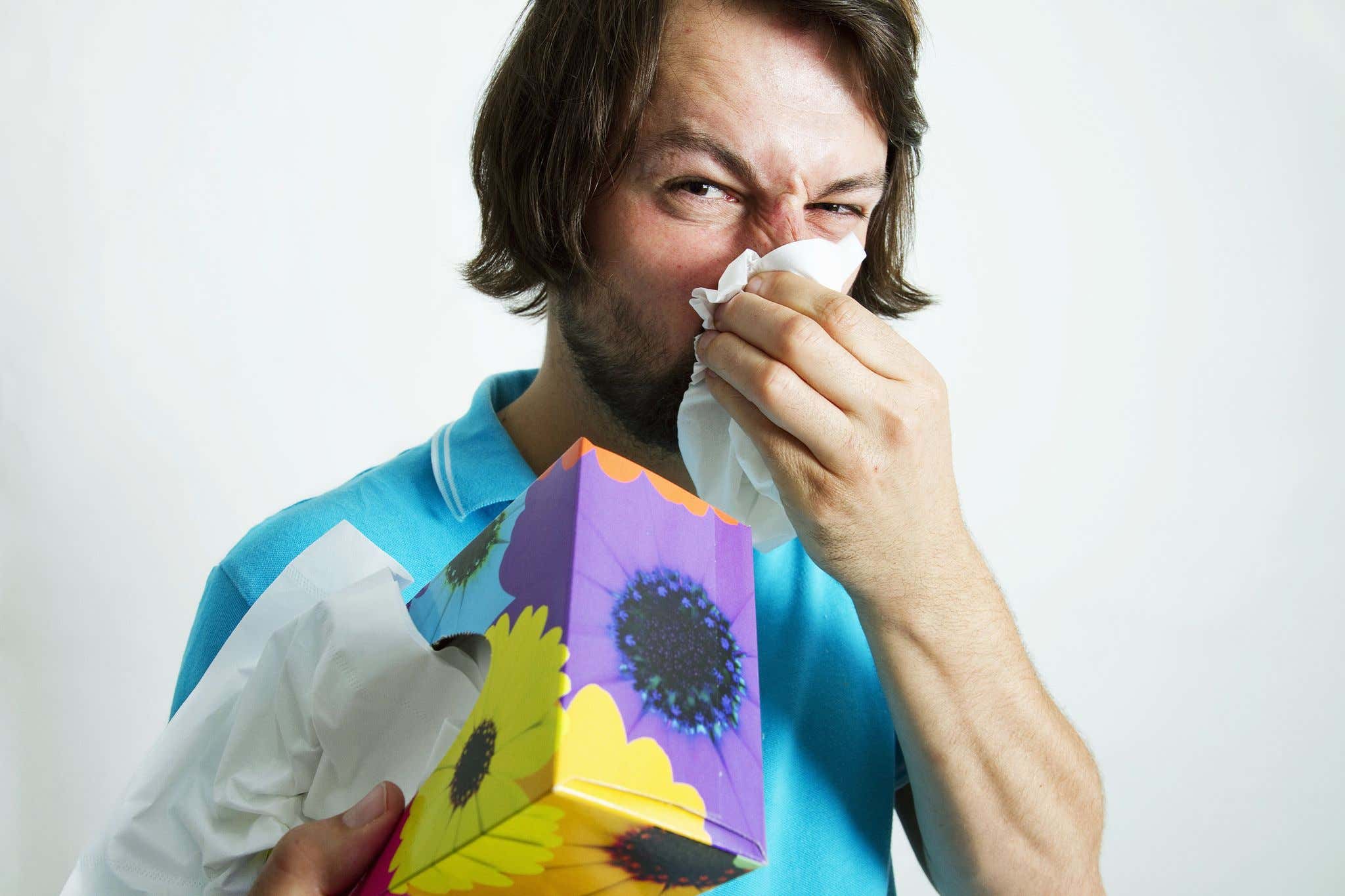 [Source] - Three years ago, experts in Iran discovered a correlation between the reproductive system and the nasal passages, which indicates that sex could be one of the best ways to reduce the symptoms of hay fever.

Scientists uncovered that sex causes the blood vessels to tighten in the nose and eyes, which can lead to unblocking stuffy noses and prevent those watery eyes from tearing up.

According to LadBible, the scientist said: "It can be done from time to time to alleviate the congestion and the patient can adjust the number of intercourses depending on the severity of the symptoms."

It's also claimed the theory will come in most useful for men due to the fact that ejaculation is believed to help to relieve those allergy symptoms.

Now everyone knows allergies sucks. I would wish them on my worst enemy. Never understood the saying I wouldn't wish that upon my worst enemy. They are your enemy you should wish that upon them. But I digress. Back to allergies - they are the worst. You are sneezing and snot running everywhere. You drink a shit ton of water and then have to pee nonstop while just trying to take a breath. Nothing screams ready for sex like that. It's actually the No. 1 aphrodisiac in the world.

So remember this blog when the weather turns and you start sneezing. You need to tell your significant other or anyone else that having sex will quite literally help save you. That's a pickup line that will work roughly 0 percent of the time except for these scientists. But, hey, science!