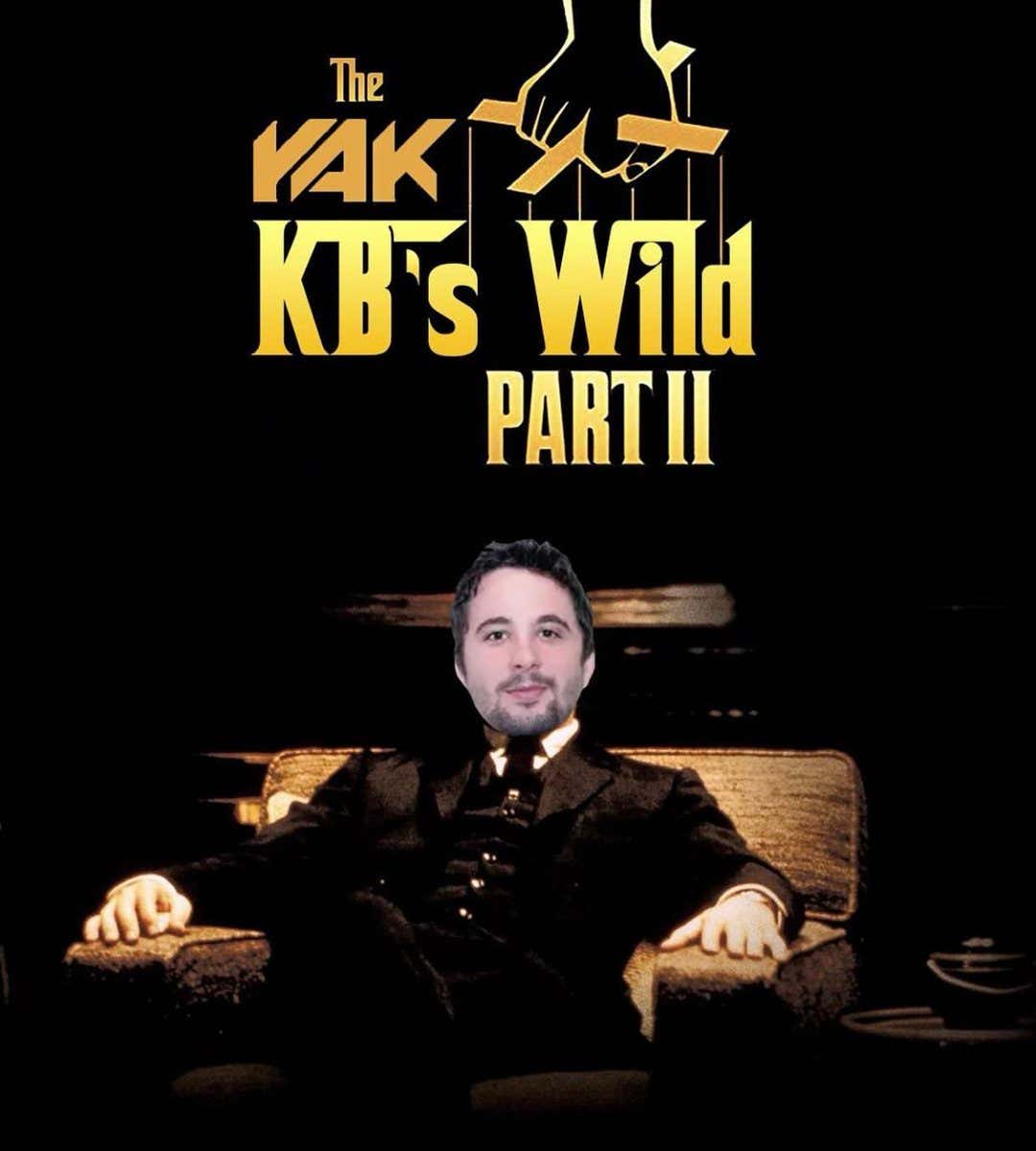 On Friday, the wheel landed on KB's Wild for the second time that week.

Nick Turani was the winner loser of the wheel's choice of victim so he would be the subject. Nick started off the show much like he started off his life, eating baby food.

We added some of the devil's juice to the milk as well.

But Nick proved he really is a Riggs superfan.

And we all know Nick is in to the dressing fetish. Well he go to live out his fantasies as KB dressed him yesterday after the wheel landed on KB Styled.

It was a wild time including gay trivia with Nick's straight ass dad and a potential hidden puke controversy. Check out the full show here and be sure to subscribe to the Barstool Yak YouTube Channel.