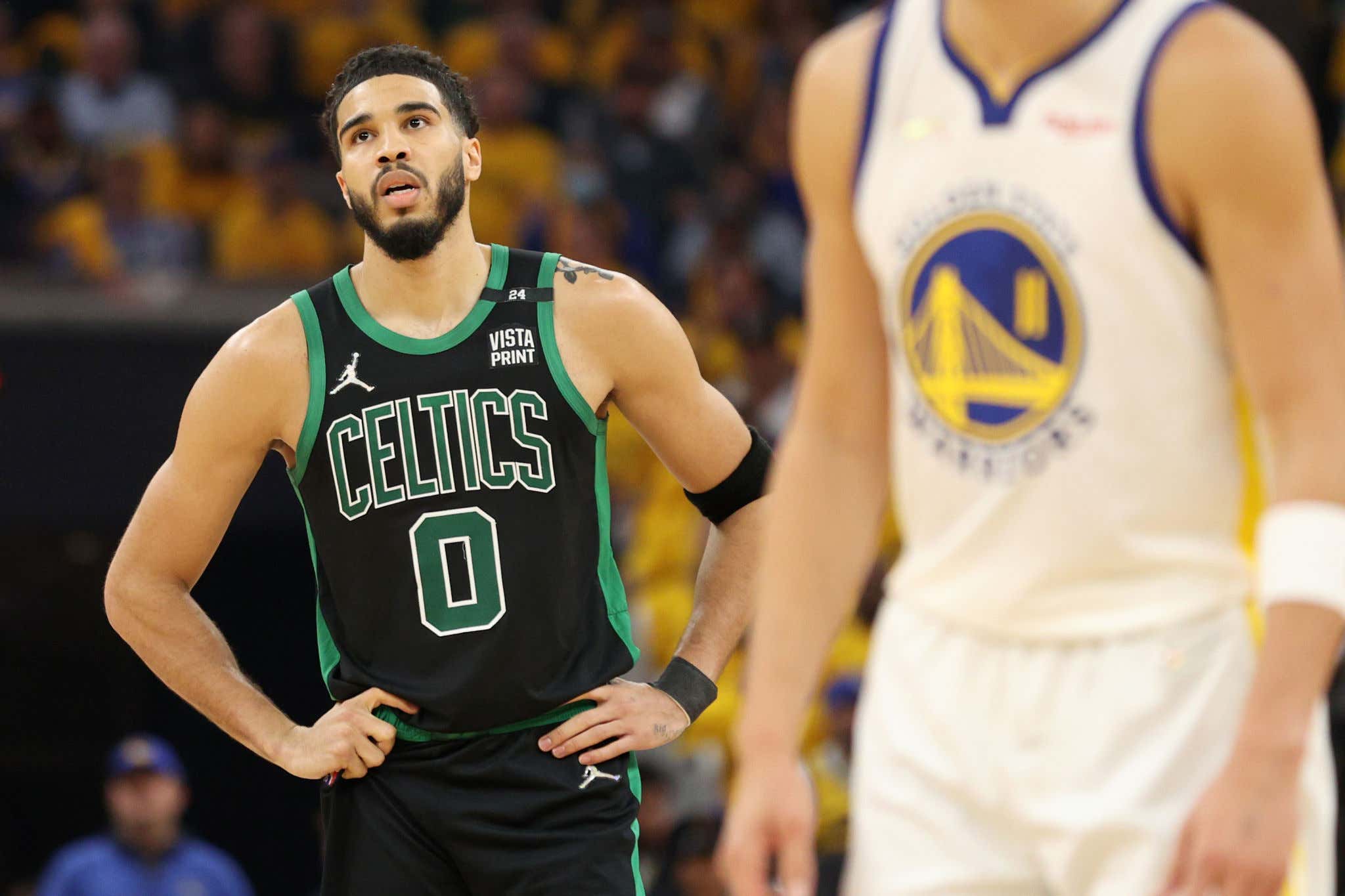 Self inflicted wounds. That is what has the Boston Celtics currently on life support. It's been the story in every single playoff loss, and a huge part of each of their 3 losses in these NBA Finals. Heading into Game 5, you knew the Celts were going to have to keep their biggest issue under control. If they don't take care of the ball, they're cooked. So what did they do? They turned the ball over 18 times which led to 22 Warriors points. They missed 10 FTs. 10. One of the best FT shooting teams in the NBA left double digit points on the board from the line. I want to fucking die.

The Celts have no one but themselves to blame for how this game ended. After finally winning a 3rd quarter and taking control of this game, they fell asleep for the final shot and Jordan Poole changed all the momentum. The Celts then went on to go 2-12 for the majority of the 4th quarter while doing nothing but turning it over. It's losing basketball, so no surprise the Celts lost. Time after time they beat themselves and one you give the Warriors even a sliver of life, this is what happens. For the first time in nearly 6 months, the Celtics finally lost back to back games. The worst part? Steph didn't do it. He shot 7-22 (0-9). That is a game you HAVE to win. The Celtics inability to execute and take care of the ball once again was the root of yet another blown opportunity.

It started right from the opening jump. The Celts spent the majority of the first quarter with 4 FGM and 4 TOs. They scored just 16 points. You cannot beat the Warriors scoring 16 points. And yet despite how pathetic they looked over the first 24 minutes, the Celts once again had a winnable game. All they had to do was show up for a 4th quarter, and for the second game in a row they did no such thing. They shot just 4-15 (27%) for 20 points. All that momentum from the 3rd for nothing. They instead once again played like assholes. I'm not sure why they keep doing that when it's very clear that is not a successful formula yet they couldn't resist. For as incredible as Jaylen and Jayson were in the 3rd quarter, they were nowhere to be found in the 4th. Jaylen picked a pretty terrible time to have maybe his worst game of the series. With how well he's been playing, that really stings. Considering these two are two best players, that type of closing performance cannot happen. In that final frame, they combined to score just 5 points on 2-9 shooting with 3 TOs. Again, that's losing basketball.

So now here we go. Another epic comeback is going to need to happen if the Celts are going to keep their season alive and give themselves a shot in a Game 7. This is why you cannot fuck around and blow your opportunities against the Warriors. This is what happens. You had a Steph off night and you couldn't keep your shit together. 18 TOs, 22 points off TOs and 10 missed FTs. What in the literal fuck is that? Seriously. What is that? How does that happen at THIS point of the season? With so much on the line? Completely unacceptable behavior from everyone involved.

The difference in poise was never more obvious than this game. Even after blowing. a16 point lead, the Warriors never panicked. Every time the Celts made a run to get their lead to 4 or 5, they didn't freak out, they hit threes. When things started to turn in the fourth, they took care of the ball. The Warriors only had 1 TO over the final 12 minutes.

We'll regroup in the morning. God was that so frustrating to watch. The NBA title is on the line and you can't take care of the ball or make your FTs. Unfuckingbelievable.