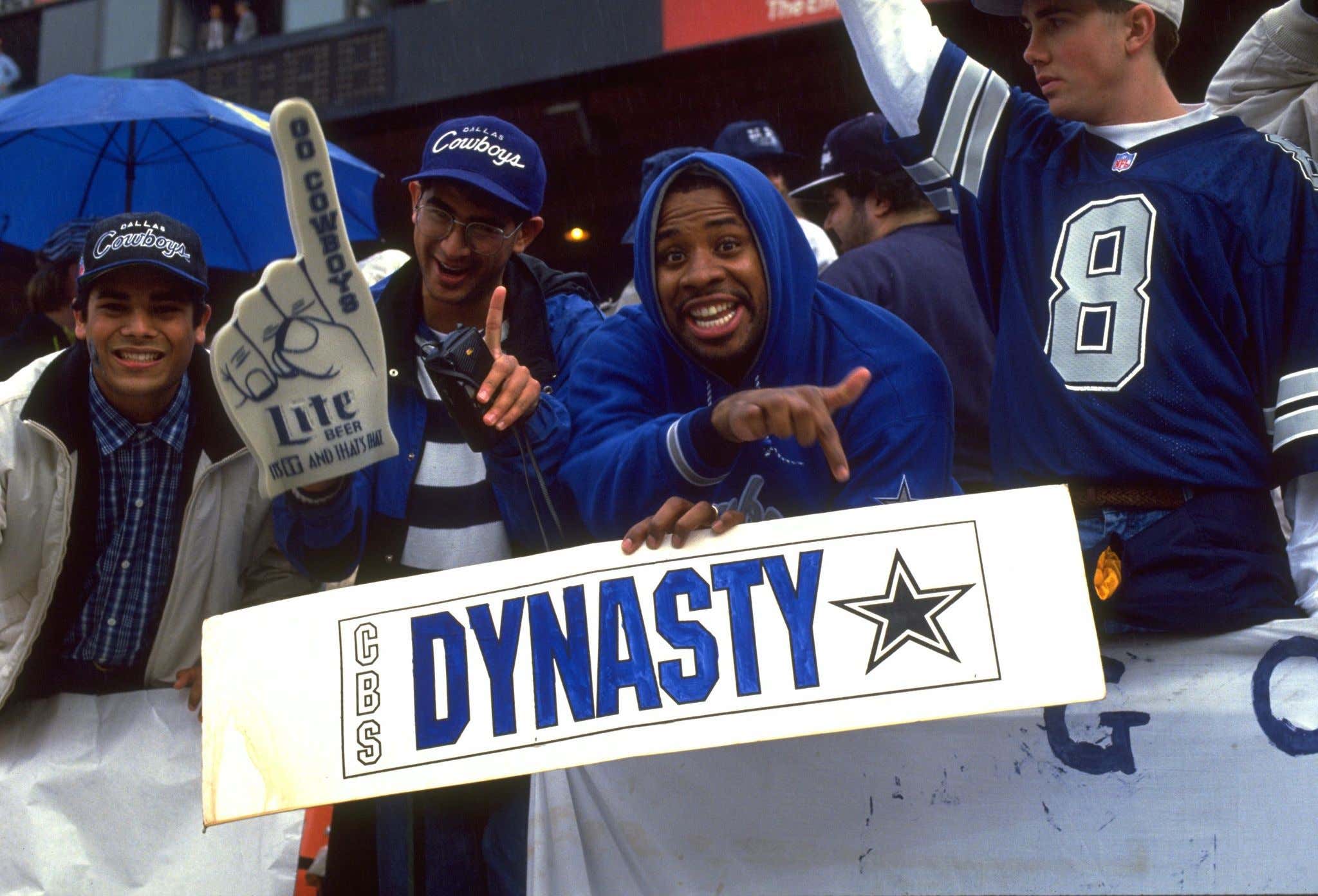 Look, Mother Nature is a fickle force. I'm not using this headline to bash those who forecast the weather for a living when, say, a professional baseball player is crushing it when they get a hit in three out of 10 tries at the dish.

Forgive the brief detour to another sport. I'm merely defending our local weatherpersons and softening the blow for Dallas Cowboys fans before they hear this man EVISCERATE THEM ON LIVE TV.

Let this man double-dip and have his own sports segment at the very least, for the love of all that is holy!!

I have not laughed this hard at something sports-related in a loooooooong time. If you're a fan of any of the Cowboys' rival NFC East teams, I bet you got a kick out of this. What makes a joke especially effective is if it's rooted in truth. The reason it lands so devastatingly well is because it isn't rooted in truth. It is the truth.

For being "America's Team" or whatever, the Cowboys don't really do much on the field to earn that distinguished moniker. What they did accomplish in the 90s was impressive and historic, no doubt. Four straight conference title game appearances, and three Super Bowls in that span from '92 to '95. Legendary stuff.

But that was then. This is now. Since lifting that last Lombardi Trophy, Dallas has failed to advance past the Divisional Round.

I was about to defend the Cowboys and cut them some slack, because once Dak Prescott went down with a calf injury last year and returned, he wasn't the same player. However, I then stumbled upon this quote by the quarterback himself, and it made me gravely doubt Dallas all over again:

I will say this: I'm more of a Dak defender than most. Is he worth the fifth-highest total guaranteed contract among all starting QBs? Nope. Still, he's pretty damn good. The problem is, I'm not sure how he'll react without his favorite target, Amari Cooper. Prescott's splits TANKED when Cooper wasn't on the field, and now the latter is in Cleveland. Michael Gallup is also coming off a torn ACL suffered in Week 17, and ascending tight end Dalton Schultz is irked that he hasn't secured a new long-term contract.

Although CeeDee Lamb is great, that's a lot of question marks around Prescott's other top weapons. And we haven't even discussed underachieving, handsomely-paid tailback Ezekiel Elliott.

Defensive coordinator Dan Quinn is a bad motherfucker. He brings some actual competitive guts to the locker room, unlike head coach Mike McCarthy, who's this weird little milquetoast who doesn't strike me as a leader of men on Quinn's level. That Dallas defense, led by reigning Rookie of the Year Micah Parsons, should be solid. I just don't know if the Cowboys are capable of winning more than one playoff game because, well, they haven't in a long, long time and got bounced in the Wild Card Round this past postseason.

I can't wait for Dallas fans to sound off on this. Let me guess, y'all: "YEAHBUTATLEASTWE HAAAAAAD A PEAK AND THAT PEAK WAS AMAZING FUCK YOU WHAT HAS YOUR TEAM EVER DONE!!!!!"

Something like that? Hahahahahahahaha. I care not. In fact, I couldn't care less. Joe Burrow is my team's quarterback. And the reigning AFC champion Cincinnati Bengals — who won as many playoff games in their run to Super Bowl LVI as the Cowboys have since the 1997 season — are coming to JerryWorld in Week 2, so look the fuck out.

It's not like the Cowboys have it easy in their season opener, either. They drew Tom Brady and the Bucs to kick off the 2022 campaign. Despite having home-field advantage against Tampa Bay and Cincinnati, I don't think anyone's arguing Dallas' opponents will both have far superior quarterbacks.

Good luck avoiding a 0-2 start, Cowboys! All 18 teams who started with that record over the last couple seasons failed to make the playoffs.