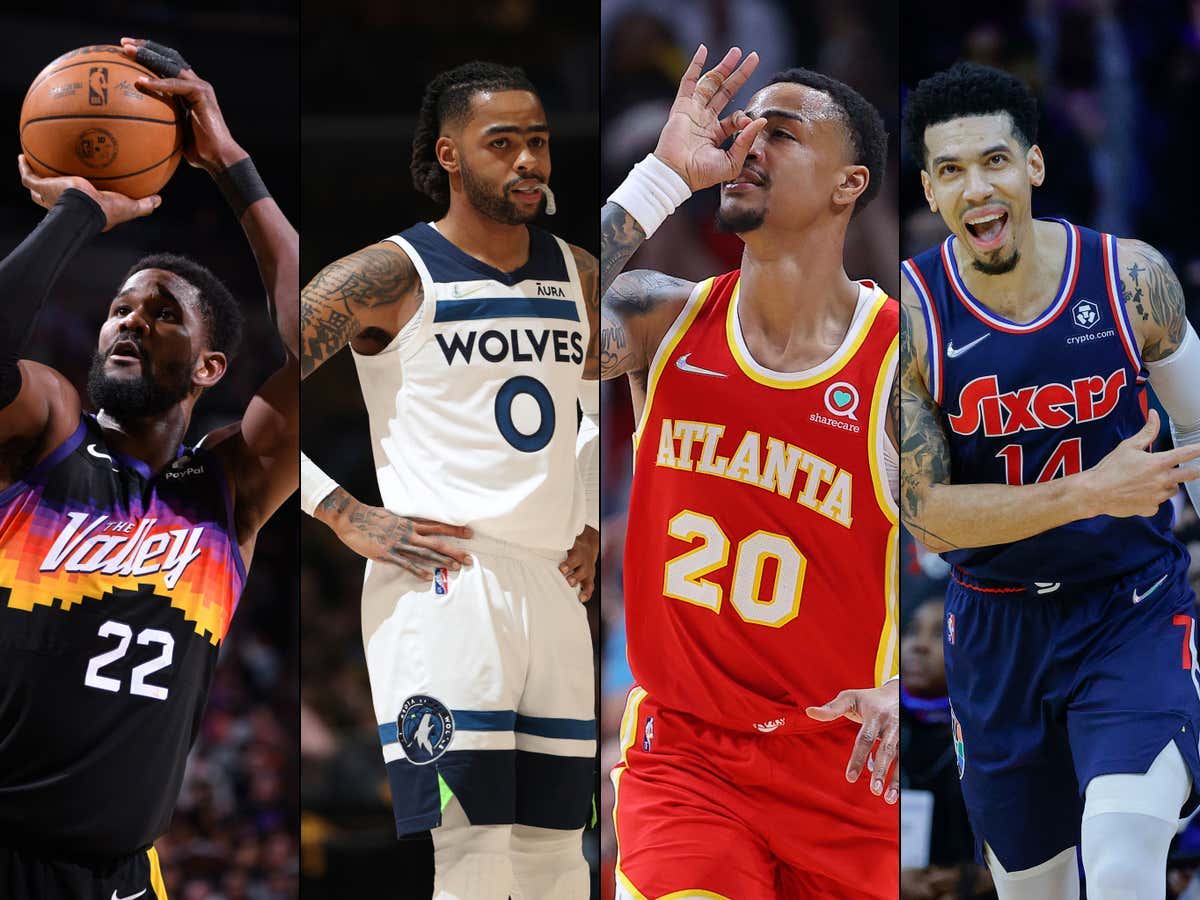 As of the writing of this blog, there are still FAR TOO MANY hours until Game 5 tips off. Naturally, I'm losing my goddamn mind. I've tried everything to keep my mind busy. I blogged this morning, I cleaned my floors, I did my laundry, I played with my dogs, I read shit, I watched shit, and unfortunately nothing has sped up my clock. Pretty rude in my opinion, so now it's time to try another tried and true option.

Immerse my brain in NBA trade rumors that definitely won't happen but could happen.

We got our first taste of the rumor mill a few weeks ago, and in that blog we talked about how it was just going to be the beginning. We now have Stage 2, and once again we are no where close to being done. Free agency is still a few weeks away, and as we know the closer you get to the draft and free agency, the more shit is going to fly. It's prime posturing season for front offices, agents, reporters, etc. It's awesome, unless your favorite team is in the rumors. With that said, let's take a look at the latest batch

I found this one to be a little surprising. I get that DLo has his flaws, but that DLo/Edwards/KAT trio showed real progress this season. In fact, even dating back to the end of last year, once that trio got healthy they actually finished the season strong and then backed it up this past year. There's also the whole reality that he's best friends with their franchise player. Let's not forget what happened when DLo got off the plane after being traded to MIN

Pretty simple. He's an expiring contract after this upcoming season. If the Wolves are maybe not interested in being in the DLo business and potentially having to give him a monster extension in the summer of 2023, it's in their best interest to at least pick up the phone and see what his market might be. Granted I'm not sure why someone would give up anything of true value for an expiring player, and who knows maybe there's always the S&T route but those things can get tricky.

Here's the thing though. This new ownership group has one job, and that's to keep KAT and Anthony Edwards happy. Mostly KAT considering Edwards is still on his rookie deal. Something tells me if KAT wants his friend on the Wolves, he's going to be on the Wolves. But this leak that they are "shopping" DLo isn't really that surprising given the circumstances around his contract. We've seen that the Wolves core can work, they're just super fucking young. You give that team time to grow and find a way to buy in defensively, and they could certainly have something.

Let's just call this like it probably is. We're all just waiting for inevitable Woj/Shams bomb of Deandre Ayton's new team. I dunno how much clearer the Suns can be about them wanting nothing to do with Ayton moving forward. They honestly made that crystal clear when they didn't offer him a max extension. For a #1 pick, that's usually……not a great sign. You hear shit about his work ethic or refusing to go back into games, and it seems like Monty Williams has had enough. The good news is he's young enough and talented enough to where if the Suns did actually move him, there's absolutely a market. Take advantage of the Blazers who desperately need center help and clearly want to add talent around Dame.

The Hawks have pieces and are rumored to be in the center market. The Hornets desperately need a young franchise center. The point is, of all the rumors we're going to hear over the next few months, the Ayton ones are the rumors I put the most stock into. Their owner is cheap, he's not going to want to match a high offer sheet, so this most likely ends in a sign & trade. Where that ends up being is anyone's guess.

Remember when the narrative surrounding Danny Ainge was that he was the literal devil for trading Isaiah Thomas for Kyrie after he got hurt during an ECF run? That Ainge did him dirty and was the worst human being in existence? That the Celtics were a terrible organization for trading an injured player?

Well….isn't that what Daryl Morey is trying to do? Weird how that works. I haven't seen any Morey hit pieces today calling him the devil. Danny Green tore his ACL during the Sixers 2nd round playoff exit. He's 34, so who knows when he'll be back to play. Outside of OKC who just needs to add salary, who is trading for an injured Danny Green and a low 1st round pick? Maybe a contender that doesn't even need Green for the right now and can wait out his recovery. I could see that depending on who we're talking about as a potential option.

The question will be what type of deal does Morey accept? He stuck to his guns with Simmons and eventually got the player he wanted, even if that didn't exactly work out once Harden got to Philly.

How many times has John Collins been traded? A billion? It's almost like the second he signed on the dotted line on that 5/125M extension, the Hawks immediately put this man in trade rumors. Here's the value if you're someone who could be in on Collins. Offensively, he's legit. I think most will agree there. He also has 3+1 left on his 5/125M extension, which is expensive but not crazy money given his production. He's a guy that might only be 6'9, but can play the stretch 4 for you if you need him. He's shot 40, 39% and 36% from three the last three seasons. The issue with Collins is the defense mostly stinks and has stunk his entire career, and he's a guy that really struggles to stay on the floor. He's never played over 74 games in a season. He played 63 in 2020-21 and only 54 this past season. In the bubble year, he played only 41.

So while there's no questioning his offensive talent, there are certainly plenty of questions for a guy that most likely will demand a high price to trade for, and then a decent chunk of your cap moving forward. The Hawks are saying they want a lottery pick right? SO who could that be?

Maybe the Blazers? I'd say the Knicks, but what, they're going to trade #11 for Collins with Randle on the roster? I don't think so. Is the answer once again OKC because they have the salary to absorb his money and have multiple lottery picks? Collins wants to start and play tons of minutes, and he could do that in OKC. His age fits their timeline as well.

I do wonder if the Hawks will have to include #16 in any potential move, and maybe that entices teams like WSH/CHA/IND to entertain the idea of giving up their lotto pick.

If I had to guess, Collins is on the Hawks roster through the trade deadline next year and we do this dance all over again, which seems to happen every season.

So while these aren't the spiciest trade rumors I've ever seen, it's better than nothing. Thankfully, this just took up like 45 minutes of my day. Only like 9 more hours to go until Game 5. God dammit.