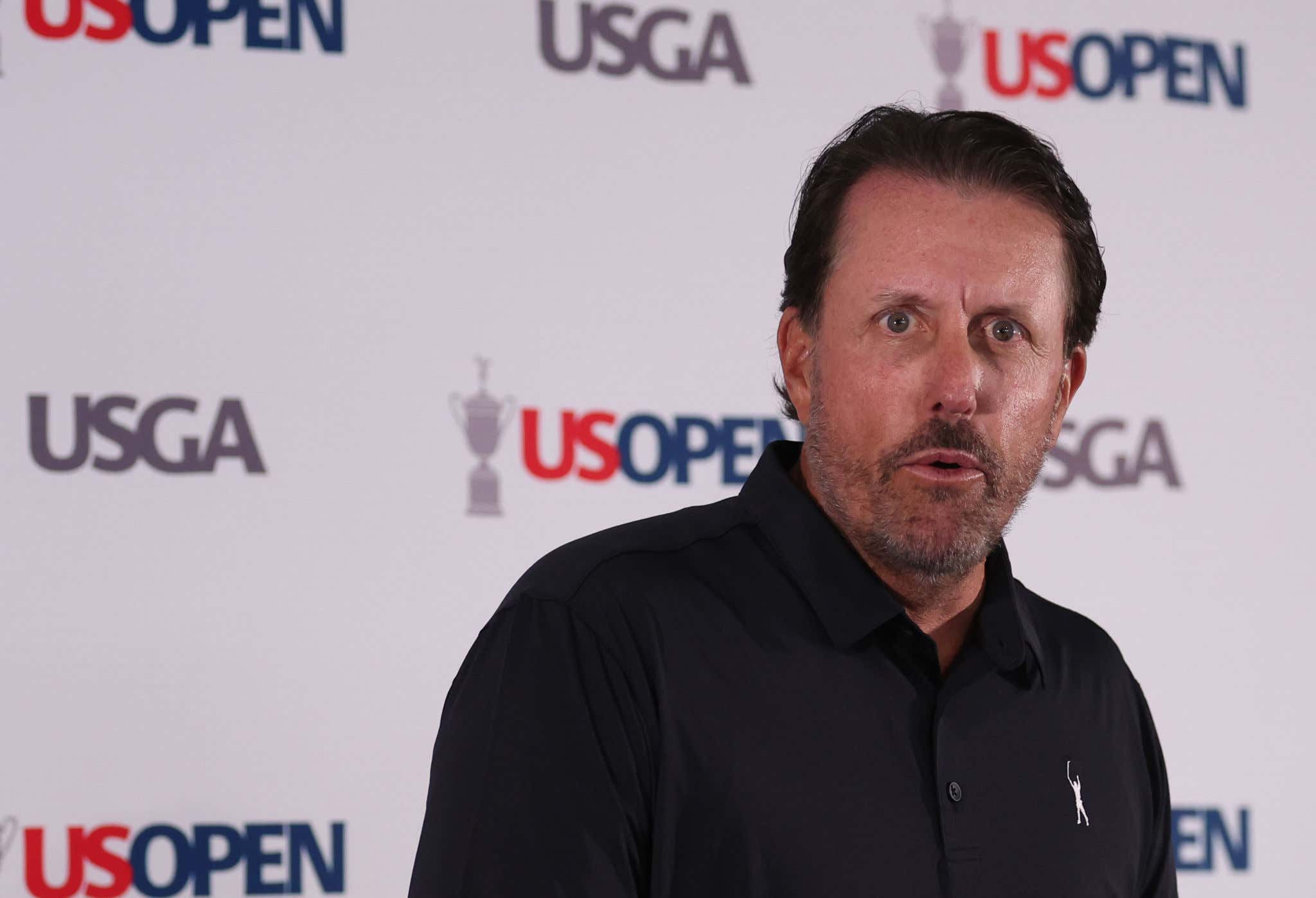 We knew this would be appointment television, and we knew Phil had an uphill battle here. Virtually nothing could have come out of his mouth that was going to appease those critical of what he's doing by joining LIV Golf. But at the very least one could have expected Phil to have come in with a little more confidence, a little more gumption, a little more preparedness for what he would be facing.

He was tossed a couple of softballs early, but things took a hard turn when he got hit with a 9/11 question

You can tell this question put Phil on his heels and into defensive mode, and the rest of the way Phil was on tilt. Complete non-answer and it devolved into him bristling at reporters' questions and repeating himself throughout. He went back to the "I respect the PGA Tour and those guys still playing it" well numerous times. I tried to go back and count the amount of times the word "respect" came out of his mouth and it was at least a dozen.

Listen, no man or woman could have been expected to have gone up there and hit that type of press conference out of the park. Honestly even a base hit was out of the question. It was a losing proposition from the start. But over a 30-year professional career, Phil has almost always been as good at the podium as he is with a lob wedge. He's typically jovial and skilled at dancing around tough questions. Flash that smile and a thumbs up and everyone goes home happy.

That's not the Phil we saw up there today. It wasn't just the answers he was (or wasn't) providing. It was the fact that he didn't seem to truly believe in what he was saying. You could feel the shame oozing out of him. You could literally see the man feeling the heat in real time, as if the man's soul had been snatched from his body and his carcass was being fed to the wolves. The most believable portion of the interview was the following interaction:

Reporter: Phil, what appeals to you about LIV Golf that you weren't getting from the PGA Tour?

Phil: I think there is a, uh, certain - there's an obvious, um, incredible financial commitment. But more than that…

It's the closest thing we've really seen from these guys to an honest admission that that's what this is all about. M-O-N-E-Y. I just wish these guys would be at least a little more direct about it. Every man has his price and the Saudi's have met a lot of those numbers. I can respect (to take Phil's words) that this decision wasn't made lightly by many of them, but I'd respect the move a lot more if they weren't so disingenuous about why they're doing it.

It'll be an interesting week out on the course for Phil and the rest of the LIV gang. They'll be under the microscope for sure. I think Phil will mostly be received warmly by the New England crowd, but most of the others are gonna get hammered. DeChambeau, Reed, Na, Sergio, etc are gonna be heckled til kingdom come. That just comes with the territory.

It's gonna be a scene, and I'd be lying if I said I can't wait to see it unfold.