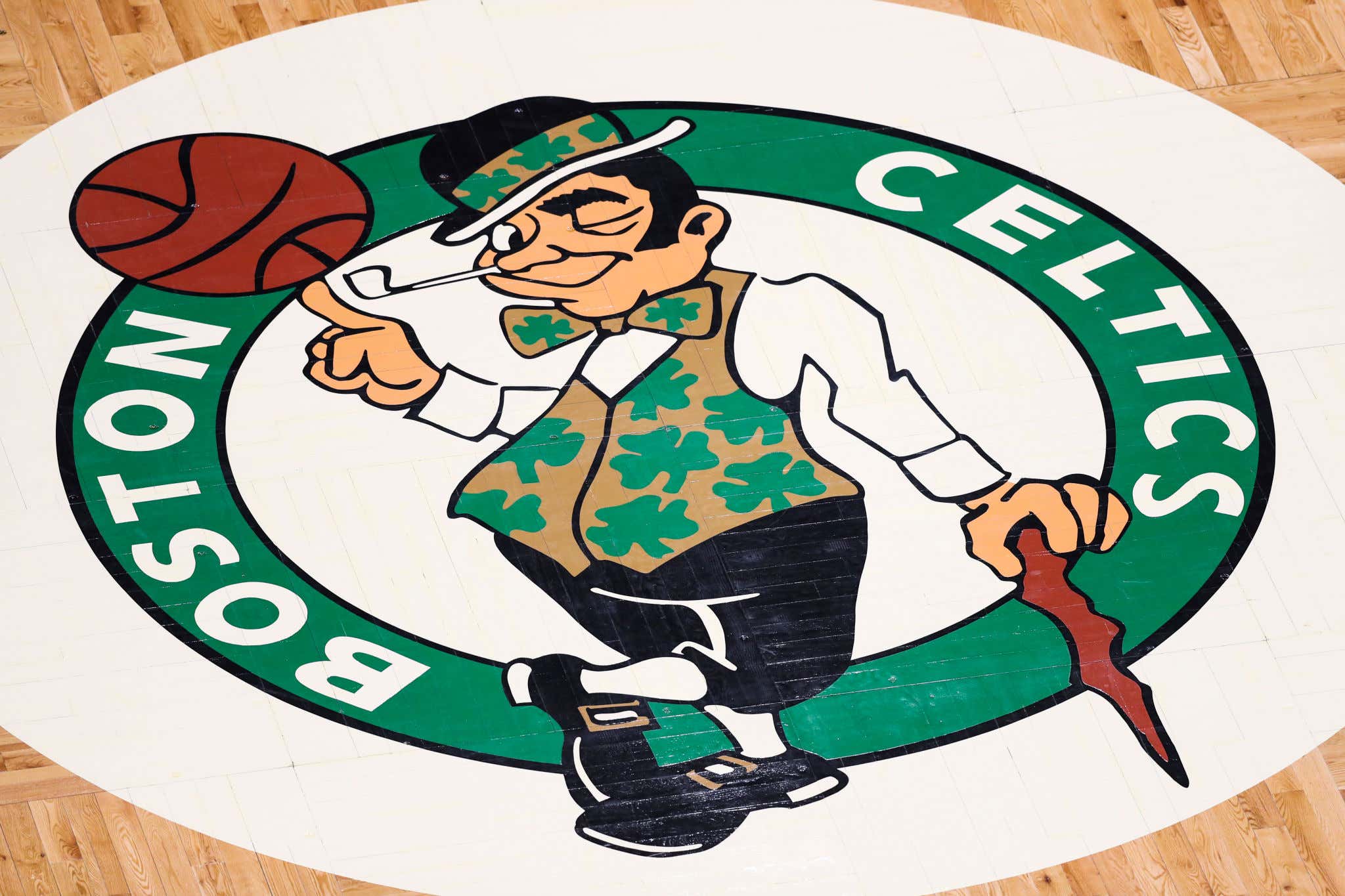 My Uncle Mike spent many years working for Filene's, which was a major department store back in the day and based in Boston. Prior to any mergers, it operated 47 locations across Connecticut, Maine, Massachusetts, New Hampshire, New York, Rhode Island, and Vermont. Before you could buy tickets to sporting events online, you could get them at Ticketron, Filene's, or at the venue. My Uncle Mike was a huge sports fan and a very generous guy. He was always getting tickets to Red Sox, Patriots, and Celtics games at Filene's and he always included me. Along with his son Arthur, who was a year older than me, the three of us went to a lot of games together.

Although we were huge fans of the Red Sox, Patriots, and Bruins, back in the '60s the Celtics had some great teams and I think we got a little more excited to go to a Celtics game. When we went to see the Celtics we always arrived early enough to watch the shoot-around. At one particular game, we arrived so early there was no one in the Boston Garden but the three of us and one other guy. As we sat in our seats and looked over at the guy my uncle suddenly recognized him and said, "Hey, that's Earl Wilson! Why don't you guys run over there and get his autograph!" 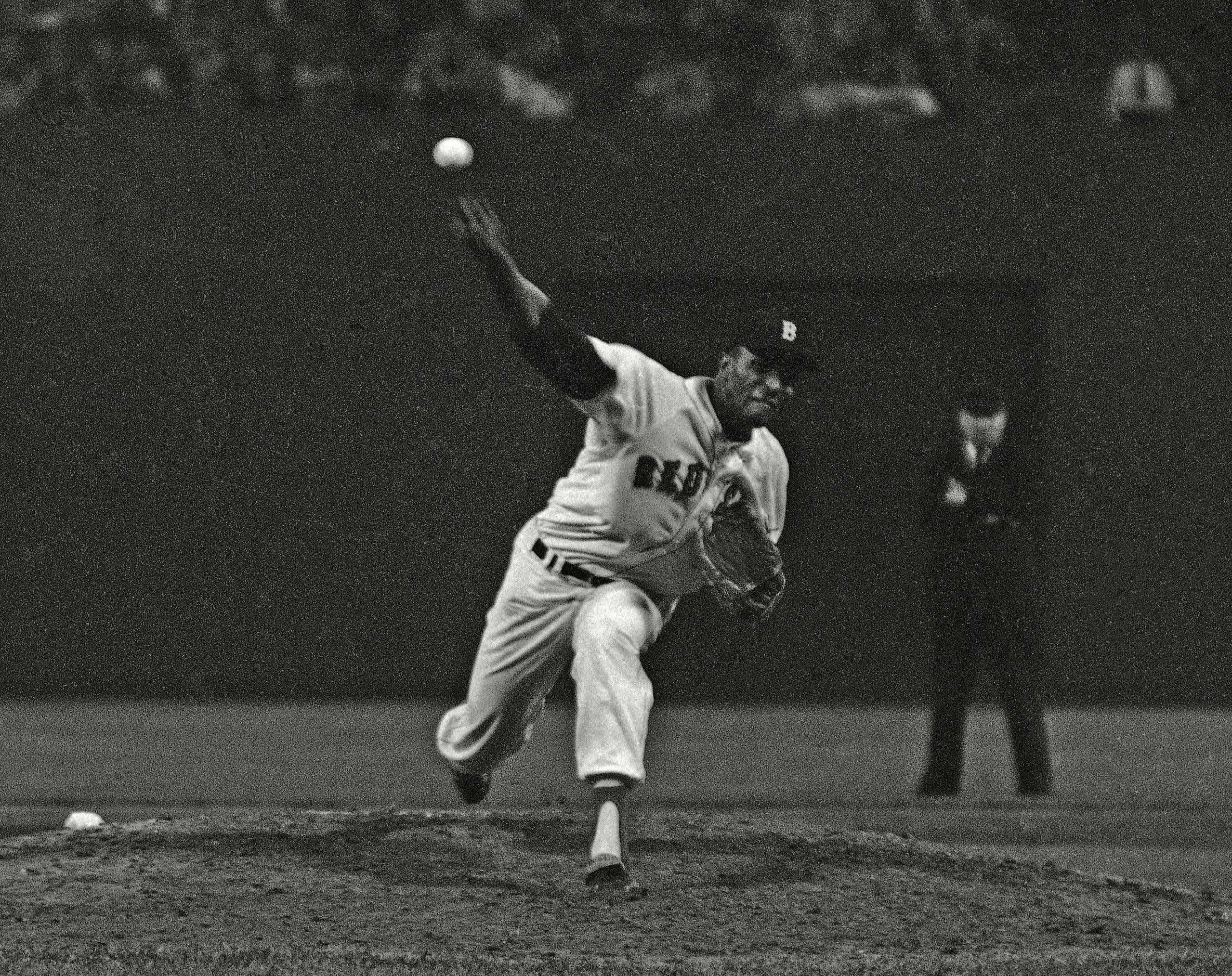 My cousin Arthur and I were heavy into autographs, him a little more than me, and he said to his father, "Everyone knows Earl Wilson doesn't sign autographs…" My Uncle immediately countered with, "Well, maybe if you go over and ask and remind him no one else is around so no one will know, he might do it…"

We walked over and used my uncle's strategy and Earl paused, then smiled, and shook his head like no way he would do it, but then he said "okay". At the time Wilson was a starting pitcher for the Red Sox and had thrown a no-hitter against the Angels in 1962, the first African American pitcher to do so in the American League. And, because he was such a phenomenal athlete, he was called on to pinch-hit and he hit some bombs. After he was traded in '66, he went on to win 22 games with 184 strikeouts for the '67 Tigers. He finished his eleven-year MLB career with 121 wins, 69 complete games, and 35 home runs. The last time I spoke to Arthur he still had the autograph. Mine is long gone…

It was in the mid to late '60s that my uncle got tickets to an Eastern Division Finals game between the Celtics and the 76ers. The battles between Bill Russell and Wilt Chamberlain were already legendary. I remember the Celtics won that game, but it was after it ended and the players were leaving the court that I had a memorable moment of my own. 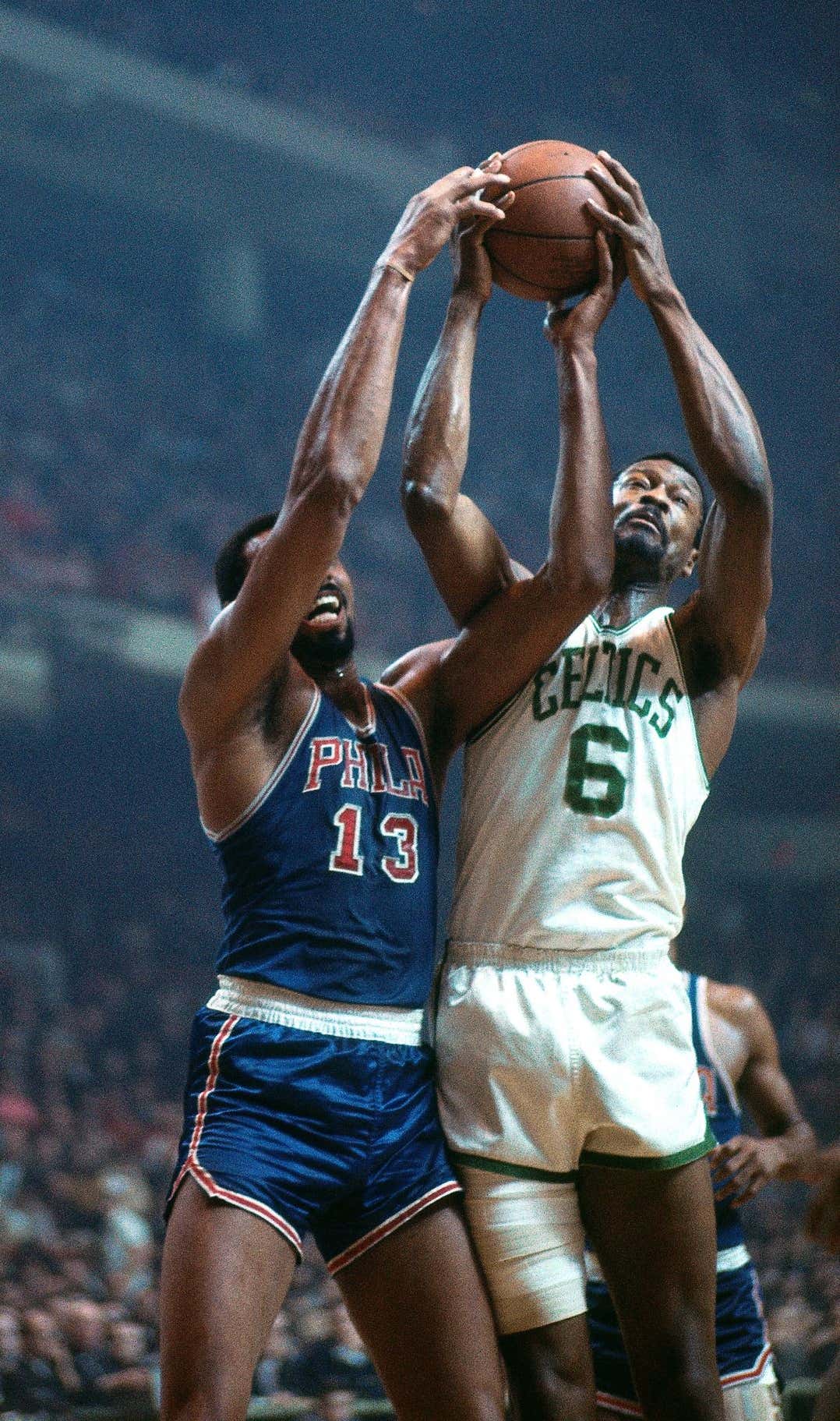 My cousin Arthur and I left our seats and were in the line of fans all the players went through to get to the locker room. As Chamberlain walked past me I looked up at the seven-foot-one center and a bead of sweat fell from his goatee and landed on my head. Not a big deal really, but to a 10-year-old fan back then it most certainly was. I went to school the next day and bragged about it and my friends all said that because the bead of sweat landed on my head that maybe I'd grow up to be a seven-footer…

I was a big fan of the Celtics back then, and why not? It seemed like every year they were winning championships and hoisting banners up in the rafters at the old Boston Garden. Although my favorite player was John Havlicek, Sam Jones was a very close second. I lived in Sharon for a lot of years and while he played for the Celtics, so did Sam Jones. My father and I used to drive by his house, which was near Lake Massapoag, but we never saw him outside his home. We did, however, see him around town where he was usually swarmed by fans. 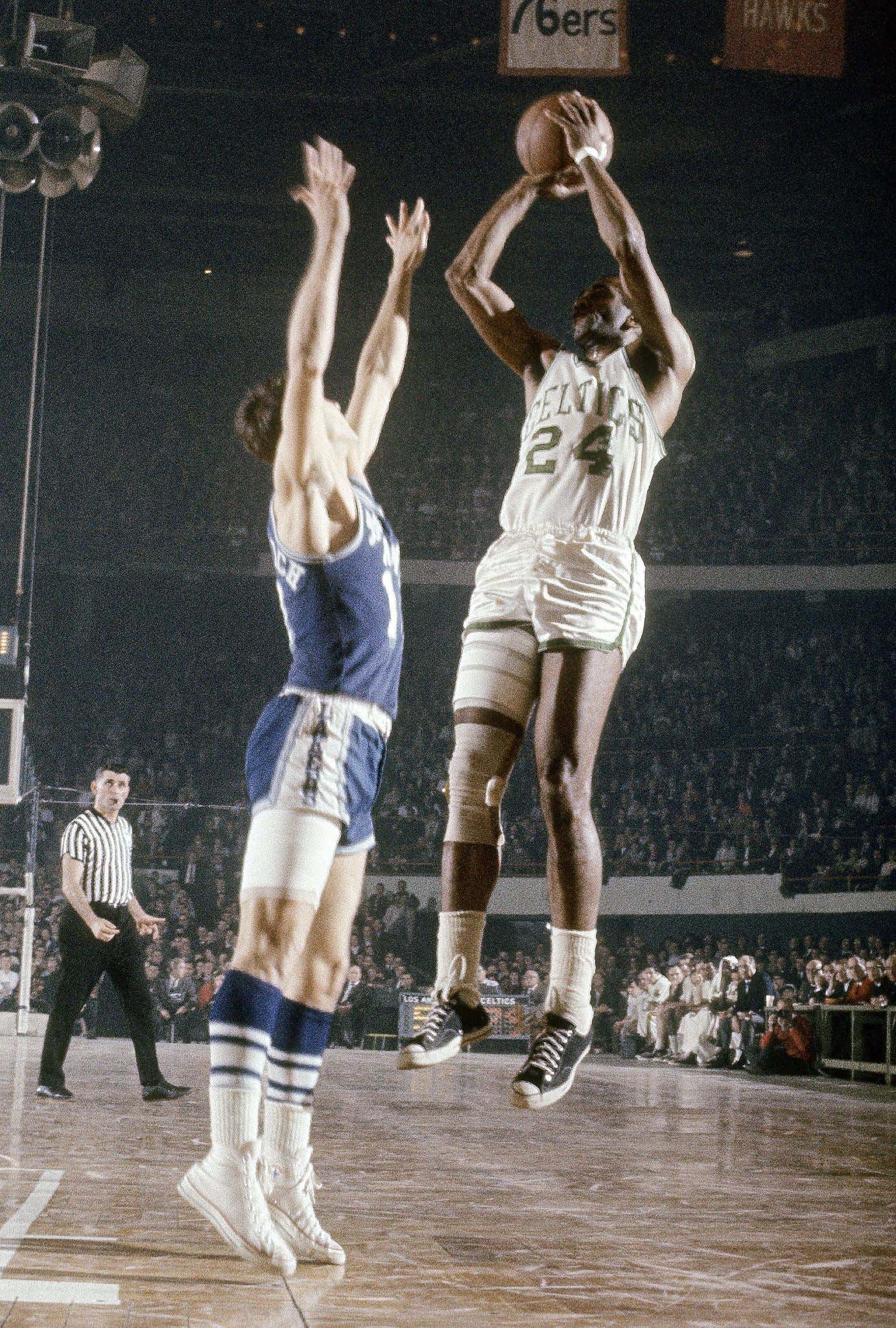 Because of our hometown connection, I always wanted to go to Sam Jones Basketball Camp. When my uncle called to say Arthur was going to Red Auerbach Camp, did I want to go with him, I had mixed feelings. I knew Auerbach was one of the most successful coaches in NBA history. He coached the Celtics from 1950-1966 and in that time he compiled a 795-397 record with 9 NBA Championships. It was during the '66-'67 season that he stepped away from coaching and appointed Bill Russell player-coach so he could concentrate on his duties as General Manager. As GM, Red had already built some incredible Celtics teams… I thought about it and then immediately told my uncle I wanted to go to Auerbach's camp with Arthur, knowing we'd have a great time together.

Auerbach held the camps at Camp Millbrook in Marshfield where the Celtics practiced at the time. It was a week-long overnight camp and the literature said that in addition to the rookies in attendance, there would be several Celtics players stopping by.

By then, Red was in his 50s and I never thought of him as a basketball player, I thought of him as a chubby little coach (5'-10) who won a lot of games and smoked a lot of victory cigars. But, Auerbach, who was born in Brooklyn, NY on September 20, 1917, played for George Washington University in the District of Columbia for three years and was the team's leading scorer and defensive specialist. He knew the game inside and out.

Red ran the mini clinics himself, sometimes with the help of a few rookies, and other times a veteran player would make a guest appearance and do the instruction. But it was Red who taught us the fundamentals of the game including the correct shooting mechanics. 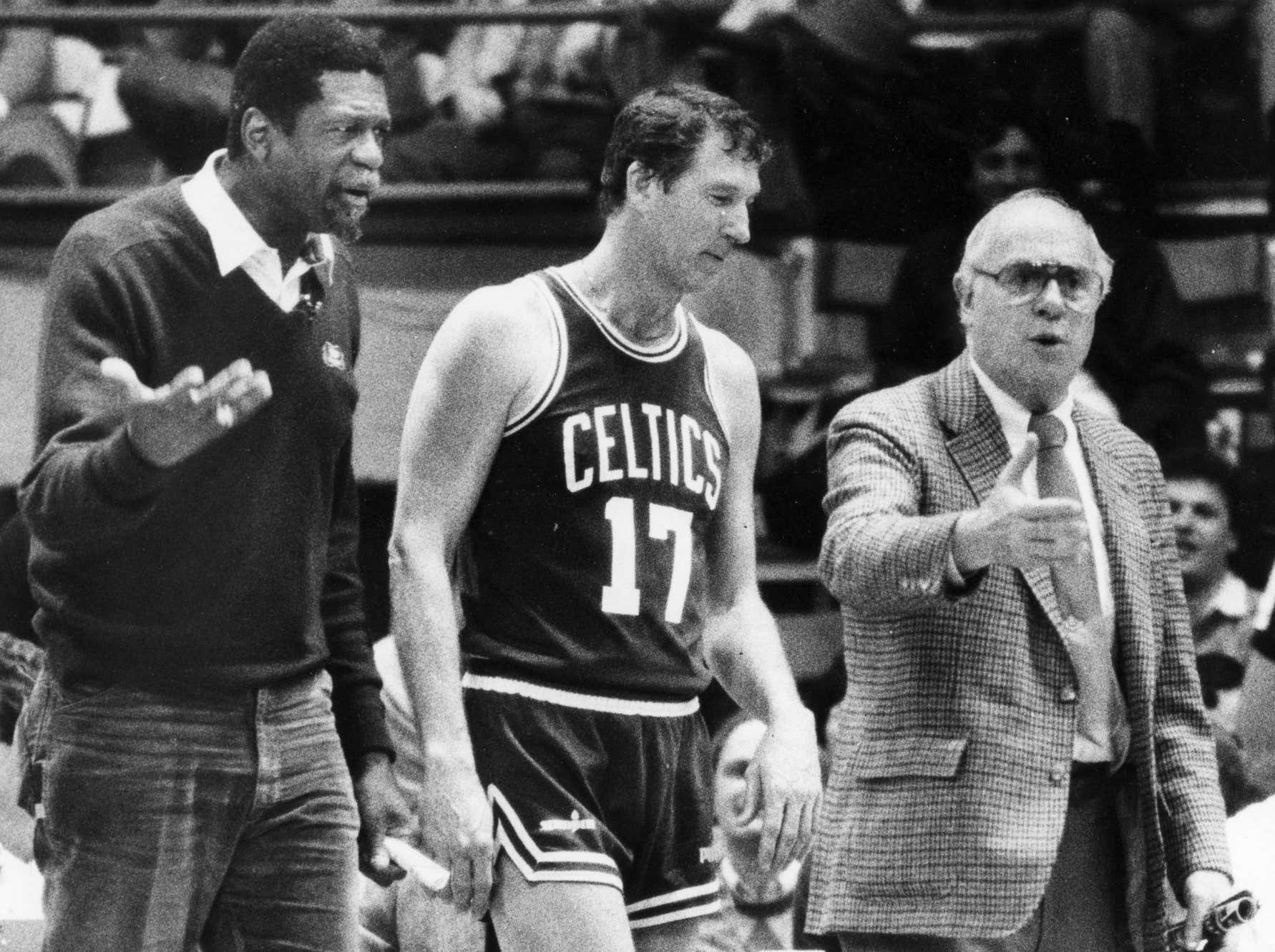 We sat around the outdoor court and listened as Red talked about shooting a basketball. He said the shooting arm from the elbow to the shoulder should be level and straight, and that the elbow should function as a hinge. He said it was important to grip the ball across the seams and that with some practice, we could all learn to rotate the ball and find them quickly. He said the ball should be supported and kept in alignment by the thumb and released by the fingers with a slight backspin. He said that would help shots that hit the back/side of the rim drop in because of the friendly bounce the backspin created.

We broke up into pairs and practiced getting the seams horizontal and then good shooting form. Red walked around and made sure we all got it. Then he went to the foul line and started talking about how important it was to make all your free throws, that a close game could ultimately be decided at the line. He said the best approach was to use good, consistent shooting form and to drop the ball just over the front of the rim. While he was talking he was shooting and I remember counting 23 in a row before a miss…

I adopted Auerbach's shooting style and every shot I took I aimed just over the rim. Red felt using the glass was important as well and he made shots from the side look real easy using the glass. I practiced using the glass during that week of camp and along with everything else I learned, I improved all my basketball skills tremendously.

We slept in bunks and at least two players were in there with us to act as counselors. But, they snuck out and returned early morning after having a few and you could smell the alcohol…

At one point a rep from Puma showed up with free basketball shoes for all the players. At the time, the Celtics all wore black Converse All Stars, and none of the players wanted to wear the Pumas. In fact, they gave them away to some of the older campers who wore larger sizes. A few years later, Puma basketball shoes became very popular with NBA players, especially Walt "Clyde" Frazier who helped design the first-ever signature basketball shoe. Each one was signed "Clyde".

One of the big thrills during the week of camp was watching Celtics rookie, Jo Jo White (6'-3) go one-on-one with Red's invitee, Austin Carr (6'-4) from Notre Dame. We all sat around the court and watched these two guys take each other to the rim. I can't remember who won, but it was a real clinic watching these two superb athletes compete. White spent 10 seasons with the Celtics where he averaged 18.4 points before there were 3-point shots, and was inducted into the NBA Hall of Fame in 2015, three years before he passed at the age of 71. 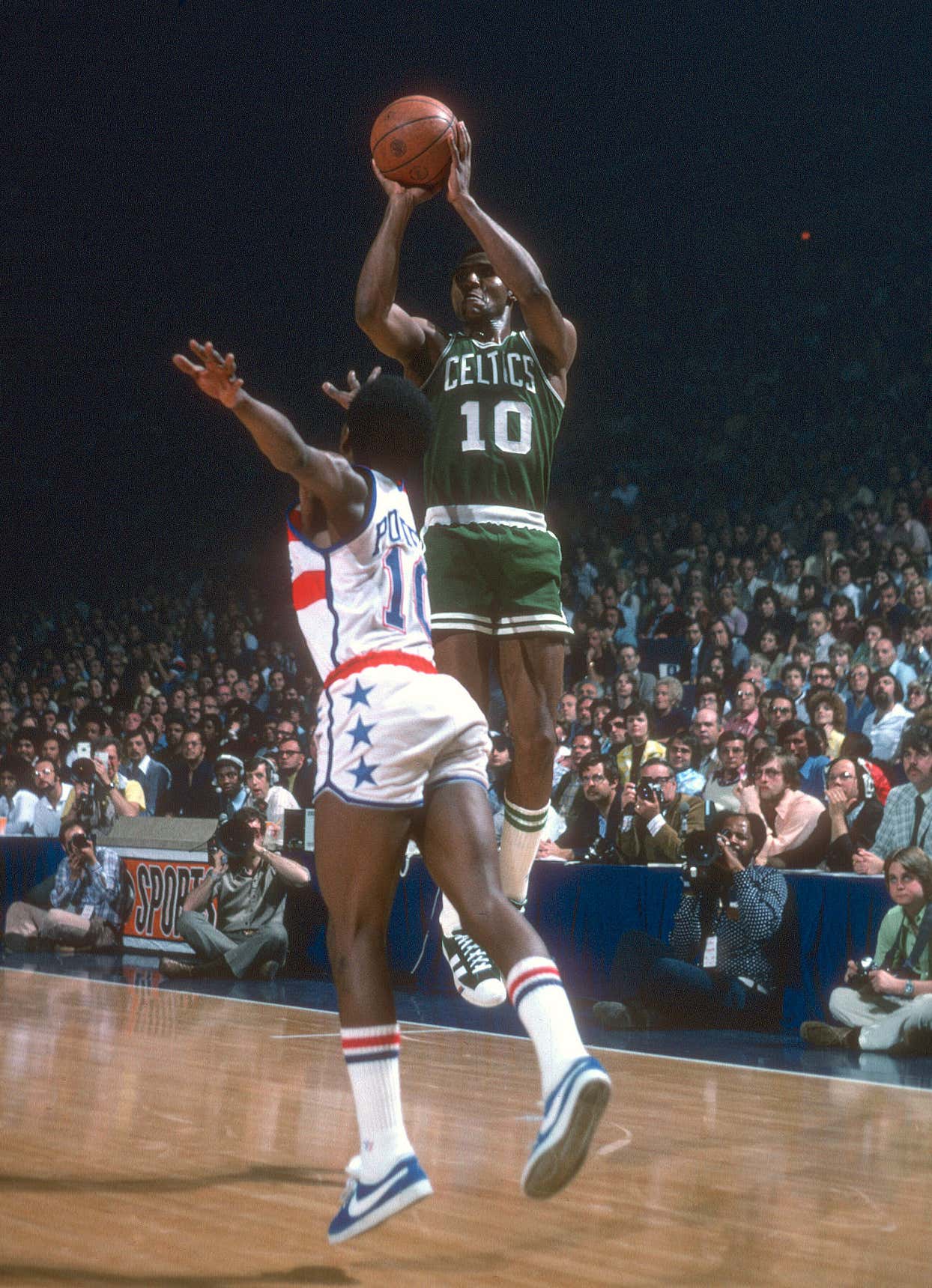 By the last day of camp, we had been divided into teams and we played a mini tournament, which Arthur's team won in his age group. He went home with an impressive-looking Red Auerbach trophy, and I'll bet he still has it…

A crafty Red Auerbach found a loophole and signed Larry Bird in 1978, a year before his graduation. Some people credit Red with saving the Celtics franchise, which was in decline, with that move… 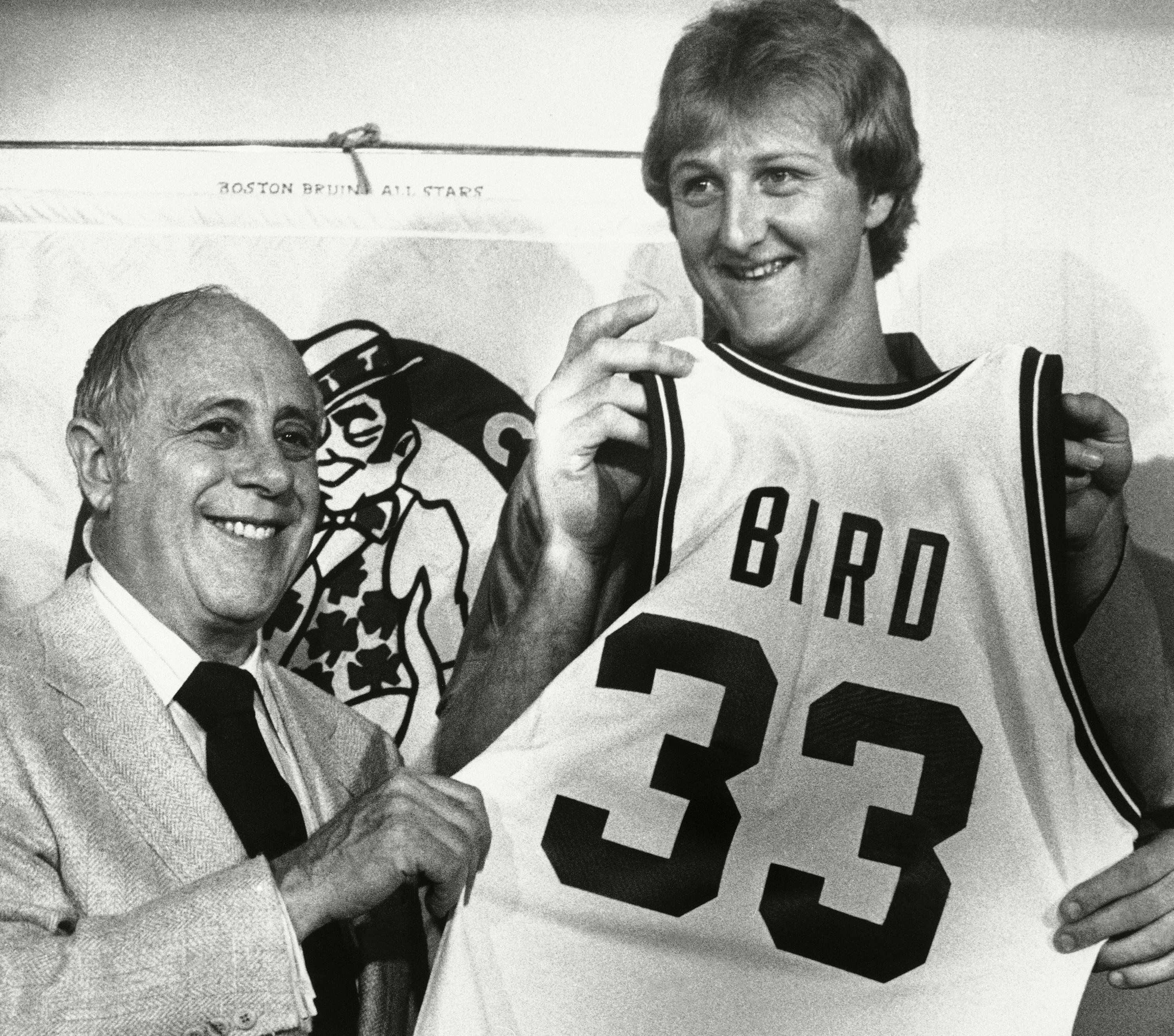 Wilt Chamberlain's sweat didn't turn out to be the growth hormone my friends and I thought and my basketball career was nothing special. But, because of Red Auerbach, I became a better shooter and technically sound in all aspects of the game, which made it a whole lot more fun to play basketball…

Arnold "Red" Auerbach remained President of the Boston Celtics until he died of a heart attack on October 28, 2006, at the age of 89. After hearing of Red's passing, Larry Bird said, "Red shared our passion for the game, our commitment to excellence, and our desire to do whatever it takes to win." In Red's honor, the Celtics officially retired a No. 2 jersey in 1985 with the name "AUERBACH", memorializing his role as the second most important Celtic ever, behind founder Walter Brown. 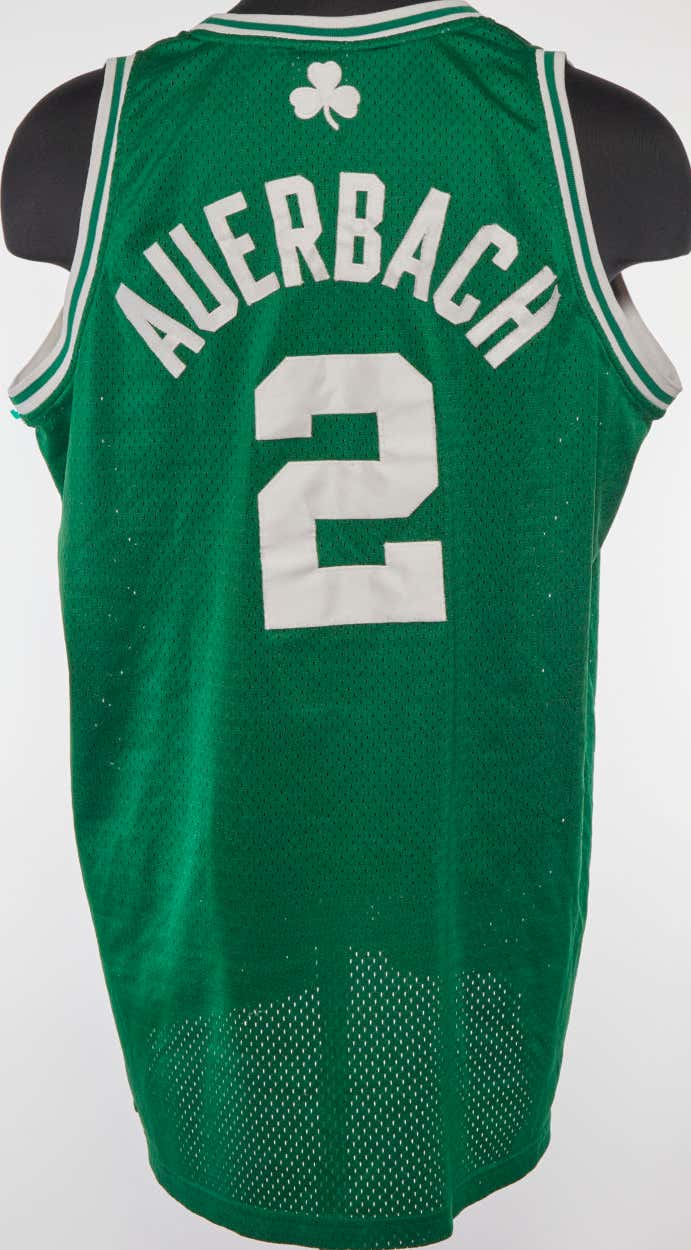 Oh, when I look back now
That summer seemed to last forever
And if I had the choice
Yeah, I'd always wanna be there
Those were the best days of my life…