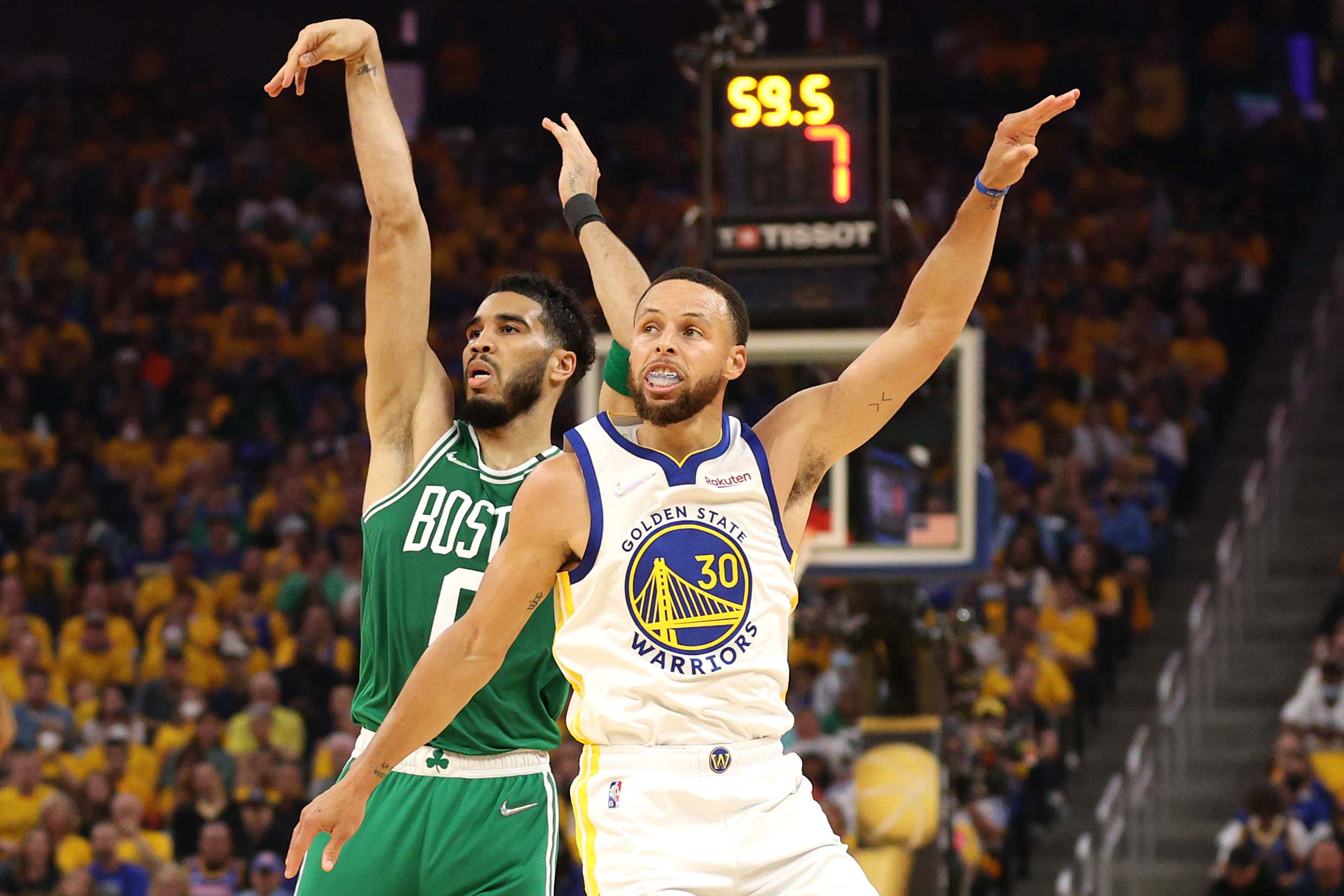 How was everyone's weekend? You do anything fun? That's good. How was mine you may ask? Well, after watching the Celts choke away a 4th quarter lead on Friday, that pretty much told me what my next 48 hours would be like. I haven't eaten in days. Sleep? Who the hell could sleep right now. I thought the anticipation in between games coming off wins in these NBA Finals was tough, well coming off losses is roughly a billion times worse. Game 5 has consumed every fiber of my being since the clock hit 0.0 on Friday night. The fact that we still have to wait until like 9:15pm tonight is not a great sign for my mental health and really my overall physical health if we're being honest.

I get that there are some fanbases that haven't experienced this and can't really relate. This is not a big game in the 2nd round. The is not a must win in the Conference Finals. The nerves for a 2-2 massive swing Game 5 on the road in the NBA Finals is a stress level that is not for the weak. Did it have to be this way? Of course not. The Celtics could have decided to play 4:32 minutes of offense like a team that actually had a brain. That's not me talking, that's Ime

But this is the bed the Celts made for themselves and this is the reality they must deal with. They fucked around in Game 4, gave the Warriors life and confidence, and now have to deal with their long time arch nemesis Tony Brothers for this pivotal Game 5. You may remember his work in Game 2 and how that worked out.

Usually, we would spend this blog going through what the Celts should need to focus on in order to win, but by now it's the same shit. They need to rebound, take care of the ball, and play the right way. That's it. If they do those things, they'll have a chance to win the NBA title on their own floor on Thursday. In Game 4, they didn't rebound (16 OREB, 19 2nd chance points), they didn't take care of the ball (15 TOs, 19 GS points), and they didn't play the right way (see: final 4:32), and what happened? They lost.

At this point of a Finals, it honestly boils down to one simple question. Which superstar is going to show up? On Friday, Steph Curry answered that call in a way we basically have never seen before

Easily one of the most ridiculous performances I have ever witnessed on that stage and in that building. The guy was 9-16 (3-6) on tight coverage. Nothing the Celts did defensively seemed to matter, so all you can do is tip your cap and move on. That performance is the exact reason you cannot fuck around against the Warriors. Hand up, I thought the Celts would have realized that by now but they very clearly didn't.

Meanwhile, on the other end, we got this

It might not be completely fair, but when you are the franchise guy, that comes with a certain level of expectation and pressure. You cannot answer that challenge by shooting 25% in the paint and 11.8% in the midrange. Plain and simple, if the Celtics are going to win this game and regain control of this series, they need Tatum to do more shit like this

But I also know this team. I know that when things look the bleakest, they look their best. I sure wish it didn't have to come down to that, but here we are. What I'm hoping for tonight is that they don't just think that because they've never lost a game coming off a loss, that they now somehow couldn't. The Warriors are not going to play along. They smell blood and can take a huge step forward in controlling this series tonight. My guess is we see their best all around punch tonight. The Celts are going to have to be as close to perfect as possible, and that starts with Tatum.

Even with the series not being over after tonight, that is how the Celts need to approach things the rest of the way for however long this thing lasts. That's the urgency they need to play with for a full 48 minutes. That doesn't just mean playing with energy and effort, it means playing smart. It means valuing possessions. If you listened to Al after the game, it didn't seem like that was happening in Friday's 4th quarter

It's important to remember, that even with an all time Steph game, the Celts inability to stop shooting themselves in the foot, and a Tatum stinker, this Friday was a 1 point game with 5 minutes left. Now, you would think Steph is still going to be Steph and the role players for the Warriors will most likely be better playing at home, so it's even more crucial that the Celts limit their self inflicted wounds and their stars show up. We've seen in this series that when they do that, things do how we all want.

For a team that refuses to ever make things easy on themselves, I feel weirdly calm. This is not a new position they find themselves in. It's just a less than ideal one. It would not shock me in the slightest if we saw a Celts team come out and play exactly like they did in Game 7 vs MIA or Game 6 in MIL, but it also wouldn't shock me if we had a game more like Game 2 or 4. That unpredictability is what makes this such a rollercoaster of emotions. I know they can do it, they know they can do it, but collectively we have no fucking idea if they actually will.

To say I'm already restless and antsy for 9pm would be the understatement of the century. I can't focus on shit. I can't sit still. I feel like I want to puke every 5 seconds. I go from confident to terrified back to confident in a blink of an eye. In no way is this normal or even remotely healthy, but this is the NBA Finals. This is what you hope to experience as a fan.

We love and trust for a reason. Not just when things are great. That's easy. Can you do it when it's the opposite though, when the momentum and the odds have now shifted against you. Until this team loses 4 games, I will always believe. I know what my eyes have told me this entire year. This team can reach the top of the mountain if they just play the right way.

That starts with tonight's Game 5.

Now if you'll excuse me, I need to go puke my fucking brains out.