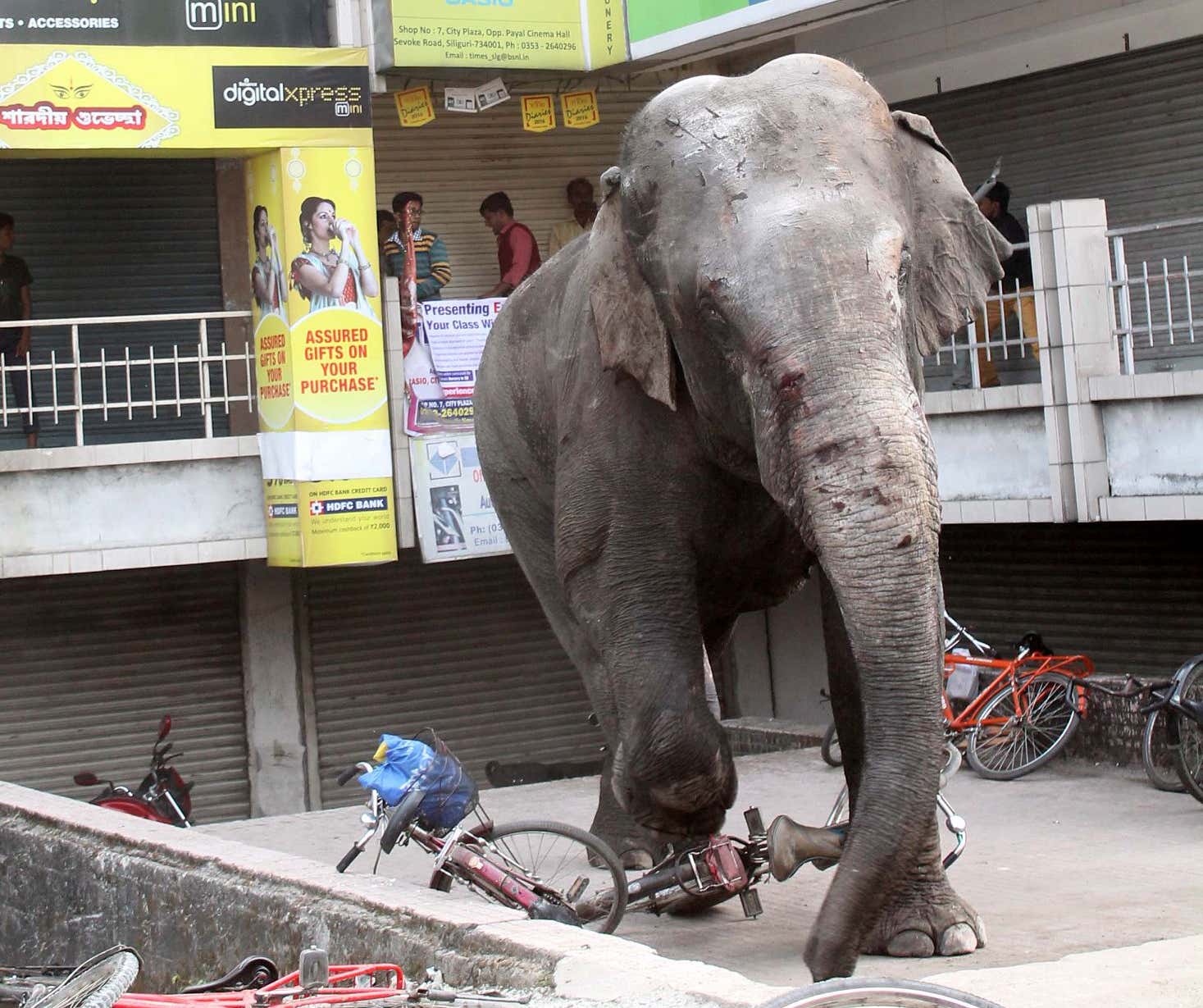 Independent- An elephant in eastern India killed a 70-year-old woman and then returned to her funeral to trample her corpse. The incident occurred in Odisha state on Thursday, police said. Maya Murmu was at a tube well drawing water in Mayurbhanj district’s Raipal village when the wild elephant appeared out of nowhere.

After being trampled, Ms Murmu was taken to hospital where she died from her injuries, police officer Lopamudra Nayak was quoted as saying to the Press Trust of India news agency. Reports said when family members gathered for the funeral and were in the middle of performing last rites, the same elephant appeared, lifted Ms Murmu’s body from the funeral pyre and trampled it again, as shocked mourners looked on.

Look, your pal Clem is an animal lover of all sorts. Big or small. Feathered or furry. I even appreciate lizards or insects from a safe distance and love the hell out of elephants since they are fellow units like me.

That being said, the Murmu family HAS to kill the fuck out of this elephant, right? I'm not just talking murder but Game of Thrones murder with some theater involved followed by putting its head on a spike to exact revenge. You get trampled by an elephant in India, that means you had a losing lottery ticket in life. But to have that very same elephant show up at your funeral to lift up your corpse then stomp on it is as personal as it gets. They say an elephant never forgets but they apparently never forgive either. I don't know what Maya pulled on this mammoth, but it decided to strike with a fury that only Big Fendi has matched.

P.S. Just because I mentioned Thrones and elephants, I have to include the biggest tragedy in a show full of them where Cersei never got her beloved elephants.

If the Golden Company actually delivered those elephants maybe Cersei would've stood a chance against Dany. And if those elephants were delivered along with the Night King fulfilling Chekhov's ice spiders the size of hounds that Old Nan rambled about for years, maybe just maybe Season 8 would've been saved.

Alright, that season was doomed to crash the minute Benioff & Weiss had to land the series without copying off of George R.R. Martin's books since he never finished them. The point remains that this elephant in India needs to be dealt with posthaste before it crosses another name off its list like Arya Stark.