First off, I had no clue that they were calling the halves that Stranger Things 4 is broken into Volume 1 and Volume 2, which sounds a hell of a lot fancier than when I was calling them Part 1 and Part 2 the last few weeks. But you know what? This show deserves it based on everything they've showed up this season let alone the entire series let alone the finale of Part 1 Volume 1 that absolutely stuck the landing for the first half of season 4.

Not only do we have the trailer that I believe was at the end of Volume 1, but we got a first look at some pictures!

Here are some quick thoughts on everything.

- I don't care that he's been in the entire season or there is a picture of him here. I'm still not convinced Papa didn't die in Season 1 even though I am just relying on my shitty memory for that. This feels like a big time Mandela Effect thing.

- Argyle fucking rules. yeah some of the stoner scenes with him and Jonathan are absurd but they are perfectly 80s absurd.

That being said, Argyle isn't even the best 80s driver from California to ever grace my screen.

- Uhhhhh, I guess Nancy got out of the Upside Down or wherever the hell she was. Feels spoilery but whatever, I'll rest easy knowing my sweet Nancy is safe. Also I see you in the background looking sus as hell, Max.

- I am soooooo happy that Russian storyline is over while also soooooo bummed that this crew is still in Russia. Please make this storyline not suck or at least suck less than it has sucked outside of that badass fight against the demogorgon.

Whatever Hopper was looking at in these glass cage thingies could be awesomely terrifying. 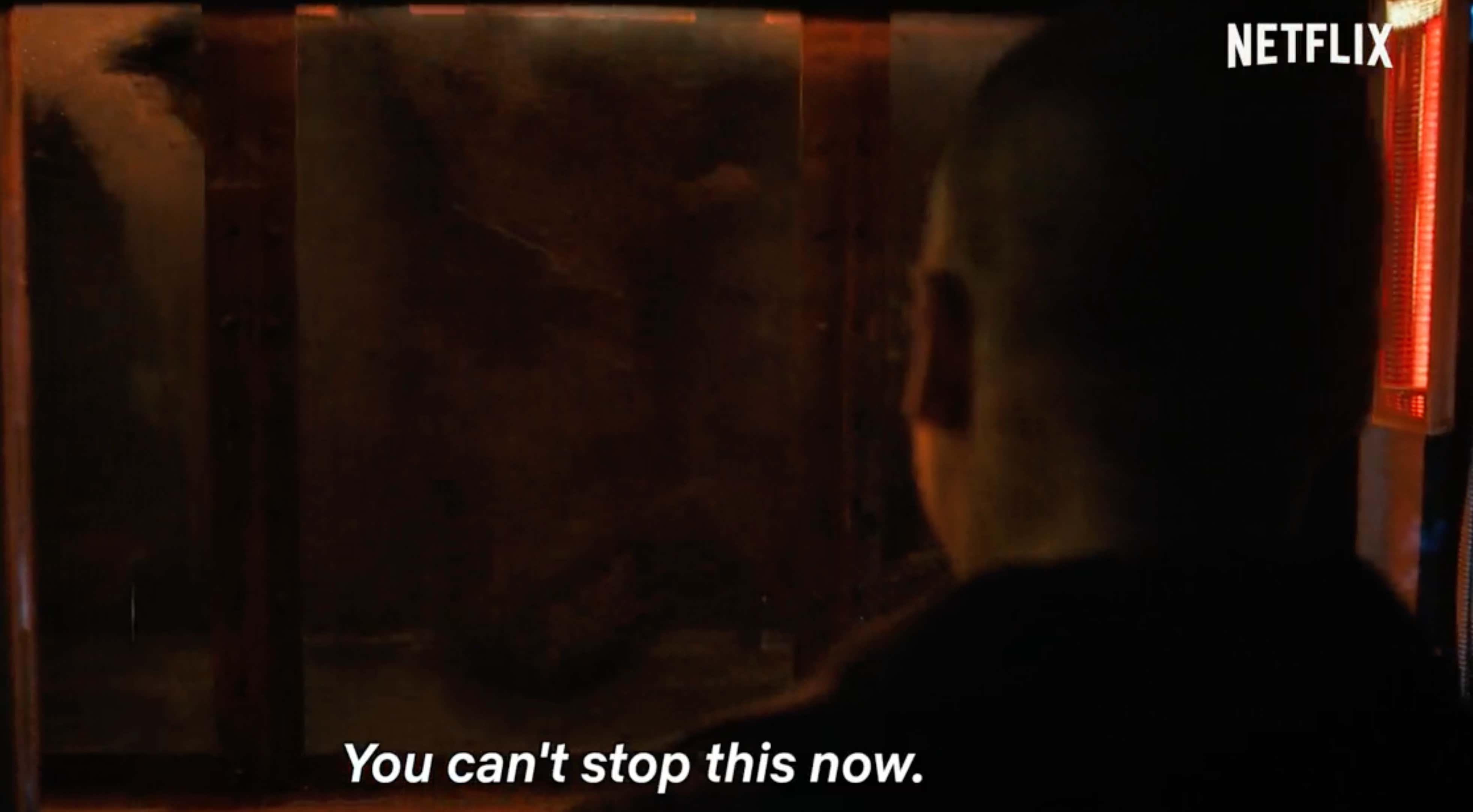 Not to mention this shirt that definitely would give Brandon Walker an erection.

- I've known Eddie for exactly half a season, but I hope he survives more than the other two in this picture. I swear this has nothing to do with Steve calling Nancy a slut in Season 1 even though I will never forget what he did. I also hope nobody in this picture dies since Robin is a delight as well.

- Speaking of Eddie, make sure to get on the waitlist for the hottest shirt on Barstool.

For anybody that finished Season 4 or clicked on this blog like a maniac without finishing Season 4, check out our quick hitter recaps on the My Mom's Basement YouTube where things like this and other content that won't be on the podcast exclusively lives .