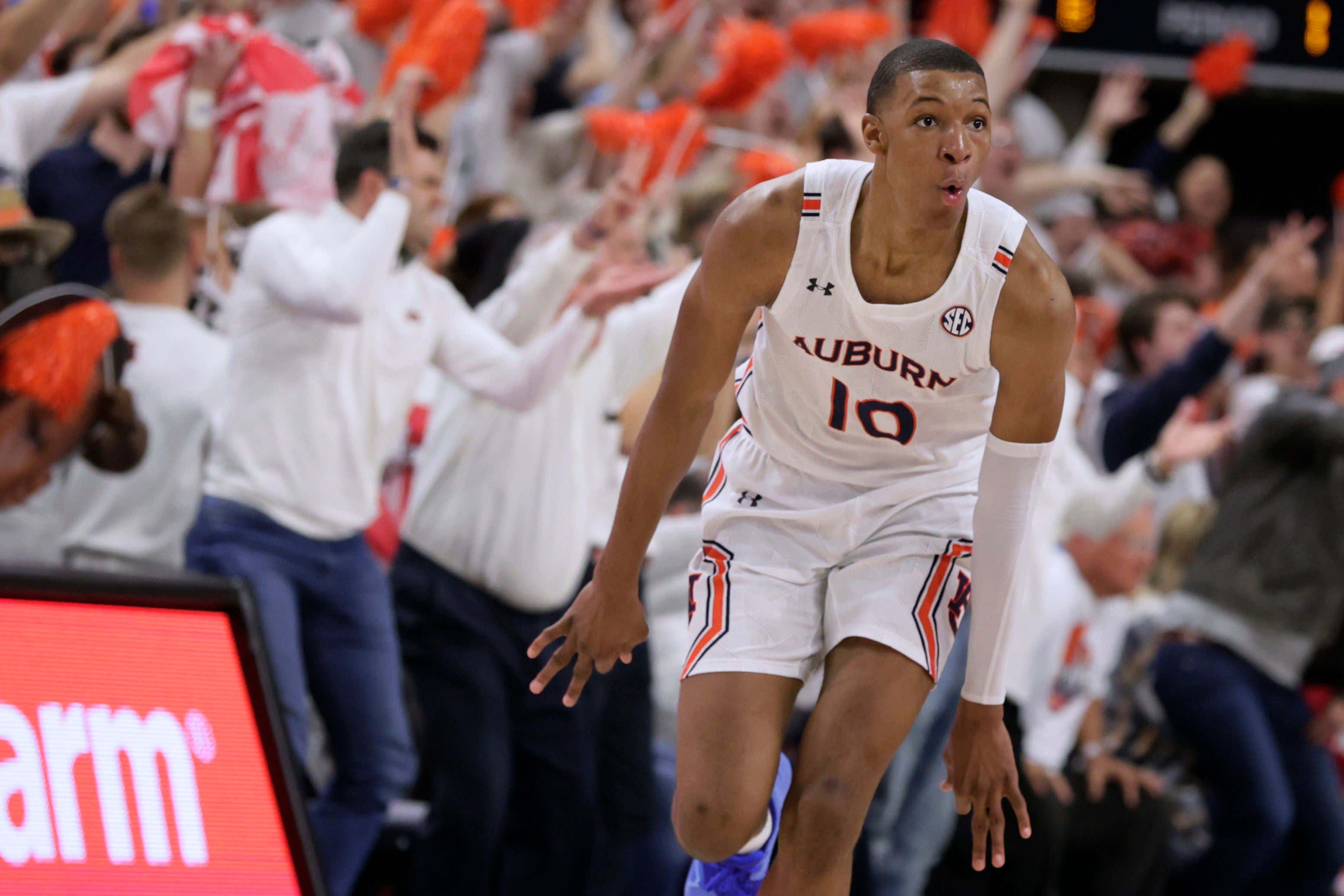 The NBA Finals is 2-2 and the NBA Draft is less than two weeks away! Here's where I would guess things could shake out as of now:

I think this will be an easy choice. Smith is a terrific prospect who at 6'10" 210 lbs. has size, can handle, can create his own shot, finish around the rim, and defend at a high level. He's everything the NBA is moving to.

He also just finished up his Pre-Draft individual workout with the Magic. He only has one other and it's with the Thunder.

Speaking of where the NBA is going, at 7'0" 195 lbs. Chet Holmgren fits the bill too. And while he may make Kevin Durant look like Scott Steiner, he is still young and has a lot of filling out to do. But he can do it all.

More of an old school PF in the mold of a jumbo Carmelo Anthony (6'10" 250 lbs) who can flat out score and has a great feel for the game, Banchero would slide into the Rockets nicely with Jalen Green and Christian Wood.

I feel like Jaden Ivey is probably the best player on the board here and you shouldn't draft for need if you're a bad team, but they already have BOTH De'Aaron Fox AND Davion Mitchell who are kind of duplicative there as far as fast, athletic PGs who can defend but lack a reliable J. Therefore I have the Kings going Shaedon Sharpe here who was the #1 recruit in the country and reclassified to join Kentucky last season, but never played for them. Definitely a projection and the #1 recruit doesn't guarantee you anything with prior names like Josh Selby, Josh Jackson, and Skal Labissiere amongst others. Sharpe can flat out score it from anywhere and has a nice handle with a really long wingspan which could really help this squad out.

Ivey is hell on wheels and that could fit in nicely in the Motor City next to Cade Cunningham as it could take a lot of pressure off of him on offense. Ivey has superstar potential in the mold of Ja Morant.

Myles Turner has been rumored to be on the block and Jalen Duren could be a good alternative. At 6'10" 230 lbs. he's big, mobile, and aggressive and can help protect the paint in the Hoosier state.

Daniels had a terrific Combine with a lot of NBA decision makers coming away very impressed with his shooting touch. Daniels is a bouncy Guard from down under who is still growing and plays with a rare tenacity for his age on the Defensive end.

A bouncy athlete who can stroke it from deep, Mathurin would add a different element on the Pelicans.

This is a potential pick as he is not even 19 years old and needs some seasoning, but flashed a lot of potential in limited time at Duke.

He's got a great feel for the game and would certainly be an upgrade over Raul Neto, Ish Smith, and Cassius Winston.

Mitchell Robinson is a free agent and Jalen Duren could be a good, cheaper alternative than breaking the bank on Robinson. At 6'10" 230 lbs. he's big, mobile, and aggressive and can help protect the paint at the World's most famous arena.

A haul of Branham and Holmgren would have the Thunder looking like their early days. Branham is an athletic wing who can really fill it up and is dripping with athleticism.

The Hornets simply cannot defend bigs with Mason Plumlee starting at Center. So they replace him with another Duke Big in Mark Williams, who at 7'0" 242 lbs. could prove an upgrade. This dude has a 9'9" standing reach, so I think it's safe to say he can add some rim protection.

At 6'5" 194 lbs. he could prove to be a valuable asset next to Darius Garland as Issac Okoro hasn't developed as much offensively as they'd like.

17) Houston Rockets (via Brooklyn Nets) - SF Ousmane Dieng (New Zealand)
The Rockets just need talented bodies and Dieng is that. At 6'10" he's good to size and he can stroke it. And I'm gonna say it, he has very KD-like form.

Nikola Vucevic not bringing what you want to the table defensively from the Center position? Enter Christian Koloko who can defend all positions with great size and versatility.

This guy is Versatile with a capital V! Sochan could be a nice filler next to Karl-Anthony Towns and could help that offense run a bit more smoothly.

Williams had a really good Combine and if the Spurs are able to add him and AJ Griffin in the same draft, they'd completely re-shape their frontcourt.

At 6'7" with Point Guard skills, he'll be a valuable asset in Denver where he could take a load off of the MVP.

Talented player who could provide some much needed insurance for Ja Morant, but his college career may be best remembered for this odd moment:

Nembhard lit up the Combine a couple weeks ago and with all the uncertainty among the Nets PGs (Kyrie Irving and Ben Simmons) with rumors they may ditch one or both, how much fun would it be for Steve Nash to coach a guy like this??

The Bucks need to surround Giannis with more shooting and LaRavia can help add that.

Dwight Powell just isn't it as a starting Center. Kessler was the National Defensive Player of the Year and can give Luka some reinforcements on the back end.

This guy will always have a special place in my heart. He can do it all and would fit in perfectly with the Warriors, but shoutout to the Data and Braun for this one.

The Grizzlies identity has long been grit and grind and I think that fits Lidell perfectly.

Great size at 6'8" 216 lbs., he'll be a project as he has to be better offensively, but he gets after it defensively and finishes well inside. 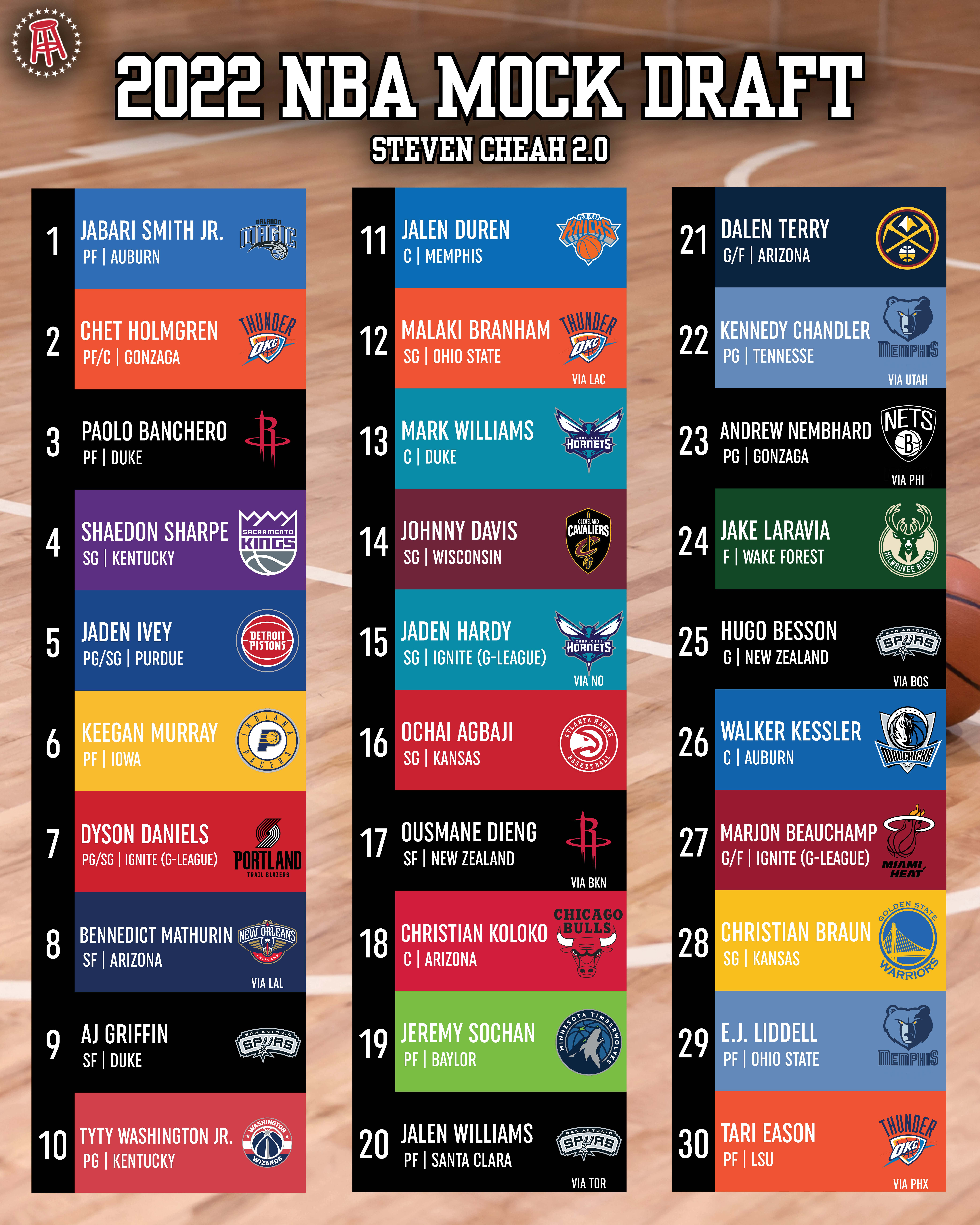