In honor of “Yeezus” turning 9 yesterday my buddy and co-host from “On The Guest List” Colin, and I decided to rank all of Kanye’s works.

Whichever name you choose to address him by, you're referring to the most dynamic, important artist of the past 20 years. 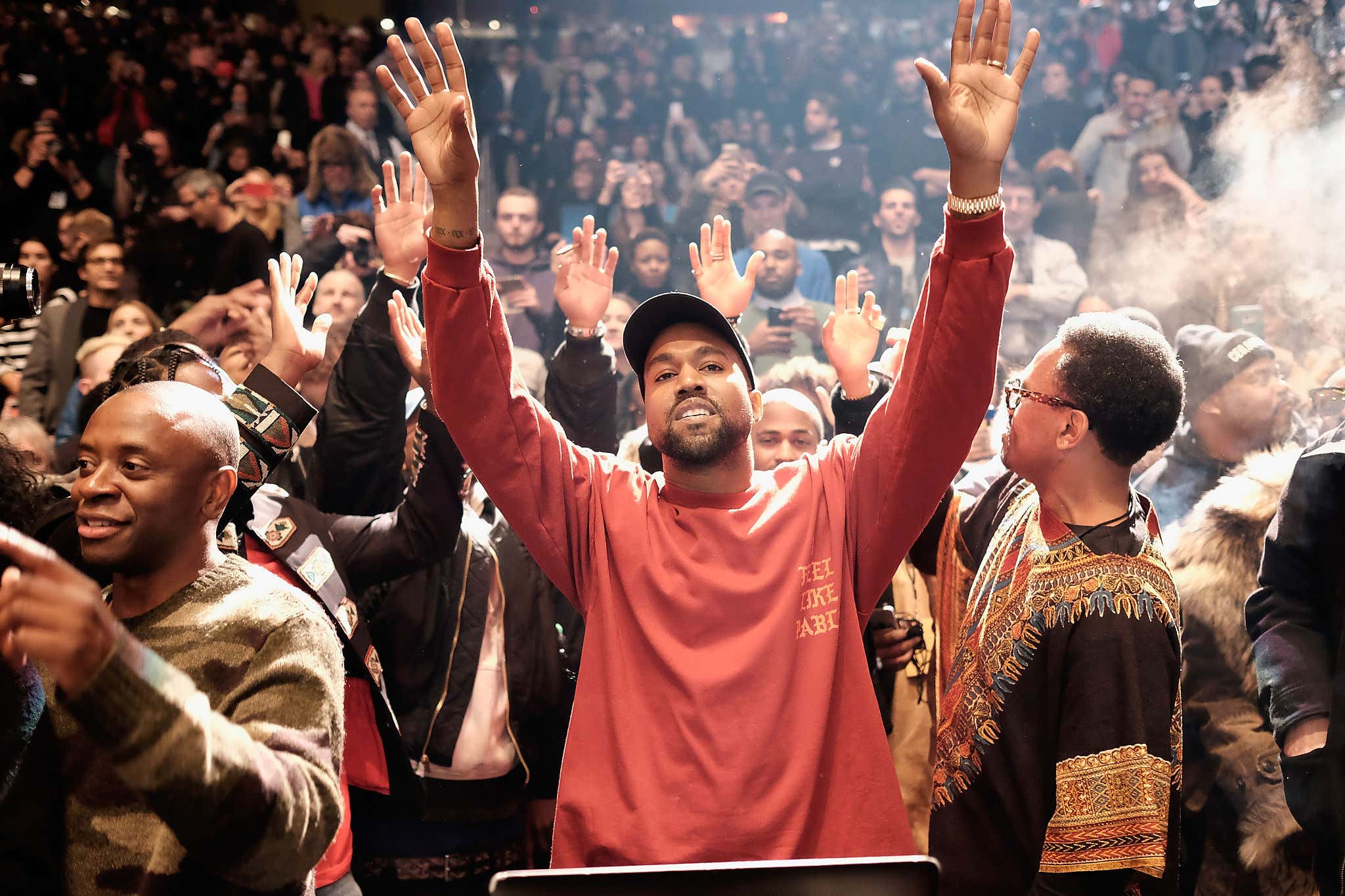 If you can't tell already, this blog is being crafted by an outright Kanye fanboy. I have no shame in admitting my love for Yezus. The man changed my life when I copped "The College Dropout" as a white, chubby fifth-grader in Northeast Philly. (Colin).

Ye's debut record opened my eyes to the world of hip hop, and inadvertently led me to discover some of my favorite soul artists after digging through the samples he chopped to create TCD's instrumentals.

Over the past two decades, Kanye has dropped classic after classic, seemingly shifting his sound with each project. The giant stadium synths of "Graduation". The emo autotune of "808's & Heartbreaks". The stark madness of "Yeezus". Every record lives within its own pocket reality in the Kanye West Cinematic Universe.

While I'm obviously biased, I'm not here to say that Ye's discography is flawless. Recent projects haven't been as well-received as his earlier work. There's a song or two on every project that easily could have been left on the cutting room floor. Most of Ye's albums are bloated and scattered with filler skits that serve the record's narrative, but don't forward the actual record musically.

But they're all special, god damnit.

With the half-hearted release of DONDA 2 on Kanye's very own streaming device/platform, Stem Player, let's go through the definitive, ACCURATE ranking of Kanye's albums, from worst to best:

DISCLAIMER: WE'RE NOT INCLUDING WATCH THE THRONE OR KIDS SEE GHOSTS.

Only solo records, no collab projects

Let's make this clear from the jump: This album isn't even fully finished yet. I'm as big of a Kanye fan as it comes and I'm positive that I haven't heard the final version of the record. From what I've gathered through leaks and live streams, DONDA 2 is good, not great. I love the uses of XXXtentacion and the constant smattering of the good lord of misogyny himself Future that we get, but Ye's bars aren't finished and the instrumentals generally feel like they're leftovers from the DONDA 1 sessions.

I'd love to be proven wrong when the final product is delivered, but for now D2 sits a the bottom of the list.

JIK suffers from the same issue that I took from DONDA 2: it doesn't feel completely finished. A song like "Use This Gospel" could have been one of the most epic and triumphant songs Kanye has ever produced. Instead, there's a lack of drums and verses from both members of Clipse that feel a little off (shouts out Kenny G though). While I may take exception to the lack of percussion on the record, JIK has its moments in the sun. "Water" has this hypnotic guitar line that takes you places, "Follow God" is classic soul Kanye, and in totality, I love the message of the record: A man coming to terms with his maker while the world rages against him. It's literally biblical.

Overall though, it has the lowest replay value of any Ye album.

"Ye" was Kanye as his most turbulent. The hospital trip. The bipolar diagnosis. The reclusion to Wyoming. What came out of those Wyoming recording sessions was a lean, yet lush project. Once again, I'm going to use this term which describes the entire back half of Kanye's discography: The album has moments. The chords on "Violent Crimes". Charlie Wilson on "No Mistakes".  THE HOOK ON "GHOST TOWN". Unbelievable. I feel like I enjoyed this album more than most die-hard Kanye fans, but its the length and lack of a true set of standouts keeps "Ye" in the bottom half of my rankings.

This is the one that I think people will be the most heated about. I see a lot of the younger Kanye fans putting Pablo near the top of their lists. For me, TLOP marks the halfway point of Kanye's career where the old Ye left and new Ye was born. I do like this record. Don't get me wrong. "Father Stretch My Hands", "Ultralight Beam", "30 Hours", are all classics to me. WE GOT MADLIB AND KENDRICK ON A KANYE TRACK. What's not to love? It's just bloated is all. Songs like "Frank's Track", "Silver Surfer", "Lowlights", "I Miss the Old Kanye" don't need to be there.

TLOP was the first time I left a Kanye album feeling disappointed. It's grown on me since, but it doesn't come close to edging out my favorite albums as we climb down the list.

The listening parties. The rollout. The living, breathing organism that is DONDA was a return to me actually celebrating a Kanye album from the back half of his career. First of all, DONDA is a lot. Too many songs, wild production, and mumbled vocals. But there's something that feels triumphant about the album. The record of his beloved mother's namesake. Songs like "Heaven and Hell", "Praise God", and "Jesus is Lord" weave the secular and the religious in a way that we hadn't seen Ye successfully do up until that point. "Hurricane" is a greatest hits track. The Lauryn Hill sample on "Believe What I Say", chef's kiss. With a slew of stellar features and a narrative of his crumbling marriage, DONDA sits above TLOP on my list, although to be honest they are shockingly similar albums.

This was the beginning of a new era of Kanye. The angry Kanye. The Kanye who wanted to break through the glass ceiling in the fashion industry. The Kanye who just made a perfect album with "MBDTF" and wanted to produce something you had to work to understand. "Yeezus" is tinged with brutal, sparse production influenced by dancehall and Europe's top industrial DJ's. It's mean. It's dirty. I mean, just listen to "I'm In It". Songs like "Black Skinhead" and "New Slaves" layout Kanye's mission statement at that point in his career: YOU CAN'T CONTROL ME. "Blood on the Leaves" may be Kanye's best work, and "Guilt Trip" is his most overlooked song by a mile.

If this were the list of Kanye's most IMPORTANT albums, this would be at number one. With 808's, Kanye took a risk and effectively changed popular music forever. After the death of his mother, Kanye delivered a record of auto-tuned, down-tempo songs comprised mainly of him singing, not rapping. If you played "Graduation", and then listened to "Street Lights", you would be lying to yourself if you had a hard time believing they came from the same artist on consecutive albums. With contributions from Kid Cudi on "Welcome to Heartbreak", Ye ushered in the sound that would later go on to define modern music.

808's is an outlier in Kanye's discography, but it once again signals his ability to change with each project. What a moment in time.

Now we're getting into the heart of the list. Is "Late Registration" the greatest second album of an artist's discography ever? Quite Possibly. The follow-up to "The College Dropout" is a continuation of the narrative set forth in Kanye's debut. This record has some of Ye's biggest hits: "Gold Digger", "Heard em Say", "Touch the Sky". But the true genius of LR shines in the album's deep cuts. The story of "Roses". The Houston influence of "Drive Slow". The Game's hook on "Crack Music". The lush instrumentation of "Late" and "Celebration". You can hear the cinematic influence of Jon Brion all over this record. It's hard to imagine the pressure on Kanye's shoulders to try and top TCD, and although I don't think he bested his initial offering, "Late Registration" is a beautiful piece of art.

Ah, where it all began. The first album I ever bought. The seminal hip hop debut. Kanye's first record won him Grammys, made him millions, but most importantly it validated him as a rapper, not just a producer. As seen in the recent "jeen-yuhs" documentary, Kanye put everything he had in him just to get the album made and released. What we got was a collection of songs that would go on to influence a generation and move hip hop away from gangster rap to something totally different and honest. Classics like "Jesus Walks", "Through the Wire", "All Falls Down", plus deep cuts like "Never Let Me Down" and "Two Words" sparked a revolution in hip hop which eventually led to the genre becoming the most commercially successful subculture in music. Contributions from Jay Z, Ludacris, Mos Def, and Common helped make TCD the greatest debut in rap history.

The Victory Lap. This is Kanye at the peak of his powers. Not yet scarred from the world around him or his own actions. Confident, but vulnerable. Triumphant, but still hungry. STADIUM STATUS. "Graduation" was a smashing success, but more importantly, it sounded huge. Giant synths, A-List features, undeniable hooks. A string of hits and classics: "Can't Tell Me Nothin", "Good Life", and "Stronger". Giant anthemic tracks like "The Glory". Classic soul chops like "Everything I Am". He even clarified his relationship with HOV on "Big Brother".

This is my favorite Kanye album. He had me running around the Wildwood boardwalk in those fucking Shutter glasses. Unbelievable.

What is there to say? It's one of the greatest hip-hop albums of all time. Rap's "Srgt. Pepper's". From the opening piano chords of "Dark Fantasy", you know exactly what you're getting yourself into. This is Kanye's masterpiece. The man called up rap's Avengers, convened a base of operations in Hawaii, and made gold. I could go on forever about what makes this album great, but we don't have that kind of time. Nothing else sounds like it. Nothing else ever will. It showcases Ye's best rapping, best production, and best visual presentation. He had something to prove after the VMA's incident. He lost the goodwill he had built up with the public. And what did he do?

He made one of the best albums any hip-hop artist has ever made. A true American classic.

Okay, I'm done. Now fuck off and listen to all these albums in sequence.

p.s. - shout out to my "On The Guest List" co-host Colin for his disturbing amount of love of Kanye and for always being down to discuss/debate him. He also helped put this list together.

I still love him though.