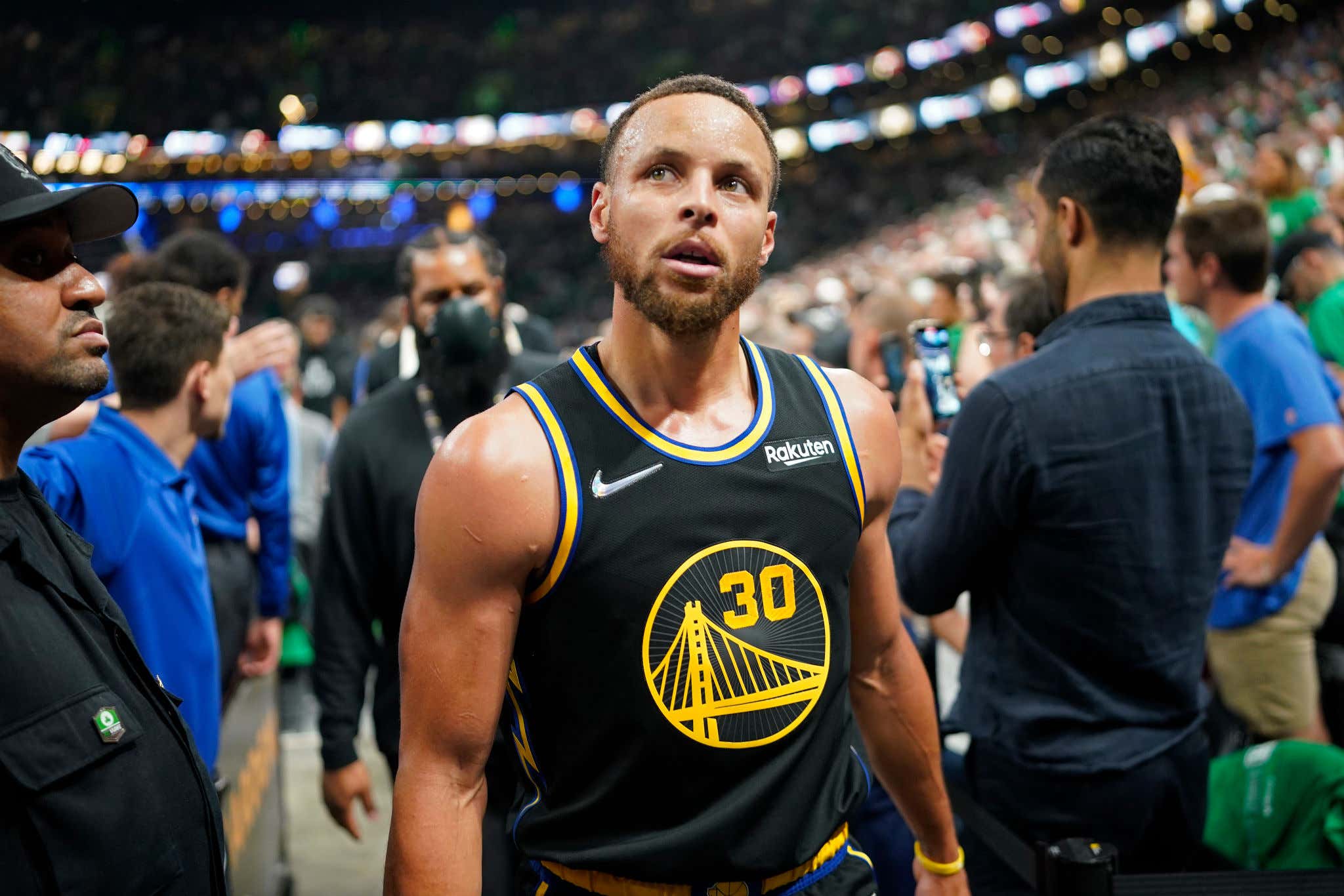 Whether it was the hostile crowd at TD Garden getting in their heads, the adjustments the Celtics made once again coming off a loss or just an ultimate reveal that Boston plays the better team basketball as they're currently constructed, the Golden State Warriors looked out of sorts for much of Game 3's 116-100 defeat. A third-quarter rally preceded just 11 fourth-quarter points, as the C's put the clamps on to take control of the 2022 NBA Finals.

Golden State fans have to be dismayed by what they saw on Wednesday, yet as the series progresses, more pressure falls on Boston to maintain status as favorites. This group is much better when they're doubted and their backs are against the wall. It'll be fascinating to see who responds best tonight for Game 4.

One trend suggests a Boston letdown, but...

My feel for how these NBA Finals have unfolded has been akin to someone getting their entire body shot up with novocaine, so go figure. I'm merely relaying some simple numbers here: The Celtics (-4) are only 32-29-3 ATS coming off a win, including 4-4 since their second-round matchup with Milwaukee. Golden State (+135) hasn't lost consecutive games since April began.

This is about the only saving grace the Dubs can talk themselves into at this point. With the way scoring is trending in every quarter of the Finals, you'd have to think Boston is the best bottom-line bet.

The reason I'd be bearish on the Warriors at this point is because of how dependent they are on Stephen Curry (OU 28.5 points). He suffered a foot injury in Game 3 during an awkward pile-up for a loose ball. Although Curry is obviously going to play because it's the NBA Finals, there's at least an outside chance he won't be his typically-elite self. If he's even somewhat below his usual standard, Boston (-162) figures to be in great shape.

Curry's game is so predicated on movement, creating off the dribble, running through multiple screens to get open and getting past opponents to attack the lane. You gotta think that foot is going to be bothering Steph. He's averaging 31.3 ppg on 48.5/48.7/86.9 shooting splits. Still, the Dubs are down 2-1. YIKES.

Side note: If you're feeling uneasy about betting Jayson Tatum's Over 26.5 points, you can get him at +100 to outscore Curry. While Tatum has been holding his shoulder in pain throughout the Finals and he's shooting barely over 40% in his last two starts, I imagine he's due for his most efficient night from the field so far. Not a bad even-money flier to take, or so it seems.

Allow me to outline points in the paint from each of the three prior contests, along with the results:

So yeah, I'd say what happens down low is a big deal, and the reason for Game 3's lopsided situation can almost exclusively be tied to Boston big man Robert Williams. The dude filled up the stat sheet, with eight points, 10 rebounds, four blocks and three steals.

Williams' presence on the interior can't be underestimated despite his nagging knee soreness. He can score at close range when called upon, and is among the truly elite rim protectors in the NBA. If you want some good prop values, Williams is a good guy to ride there as well. His Over 7.5 points is at +110, and he's scored at least eight points in 13 of his last 14 at home. Williams (Over 6.5 rebounds at -110) has 7+ boards in 26 of the past 28 games he's played in Boston, too.

Sitting Draymond down may be best for Dubs

The numbers don't lie. I'm not sure if Steve Kerr has the audacity to bench Draymond Green for any prolonged period of time, or if he'll trust the veteran to get his shit together. However, the numbers do not lie — Golden State has been significantly better with Green riding the pine.

If Green's primary value is on the defensive end of the court and the Warriors are so much worse when he's playing, there's little need to keep him deployed for extended stretches. Kerr is known for tweaking the rotation and getting a lot of different guys in, seemingly out of nowhere. Exhibit A was when Andre Iguodala played 12 minutes in Game 1 after sitting the entire Conference Finals.

Part of the reason Kerr can be so experimental at times is the brilliance of Steph and Green's defending versatility. This is the grandest stage in the sport. May be too late to stray from Dray. I'm not exactly confident Green will bounce back with a big Game 4 considering how in-his-head he seems about interacting with Boston fans and with how much of a liability he is on offense. It may be worth hammering the Under on damn near every Draymond prop.

NBA Play of the Day: An exclusive Hank parlay

My picks have been so shitty for the Finals that I'm deferring to a cross-promotional sportsbook exclusive offer. Given how awful Draymond has been, the fact that Klay is due for a step back after a solid Game 3, and Curry's dubious health hanging in the balance, I think this has a decent chance of hitting. Go to the exclusives page here.