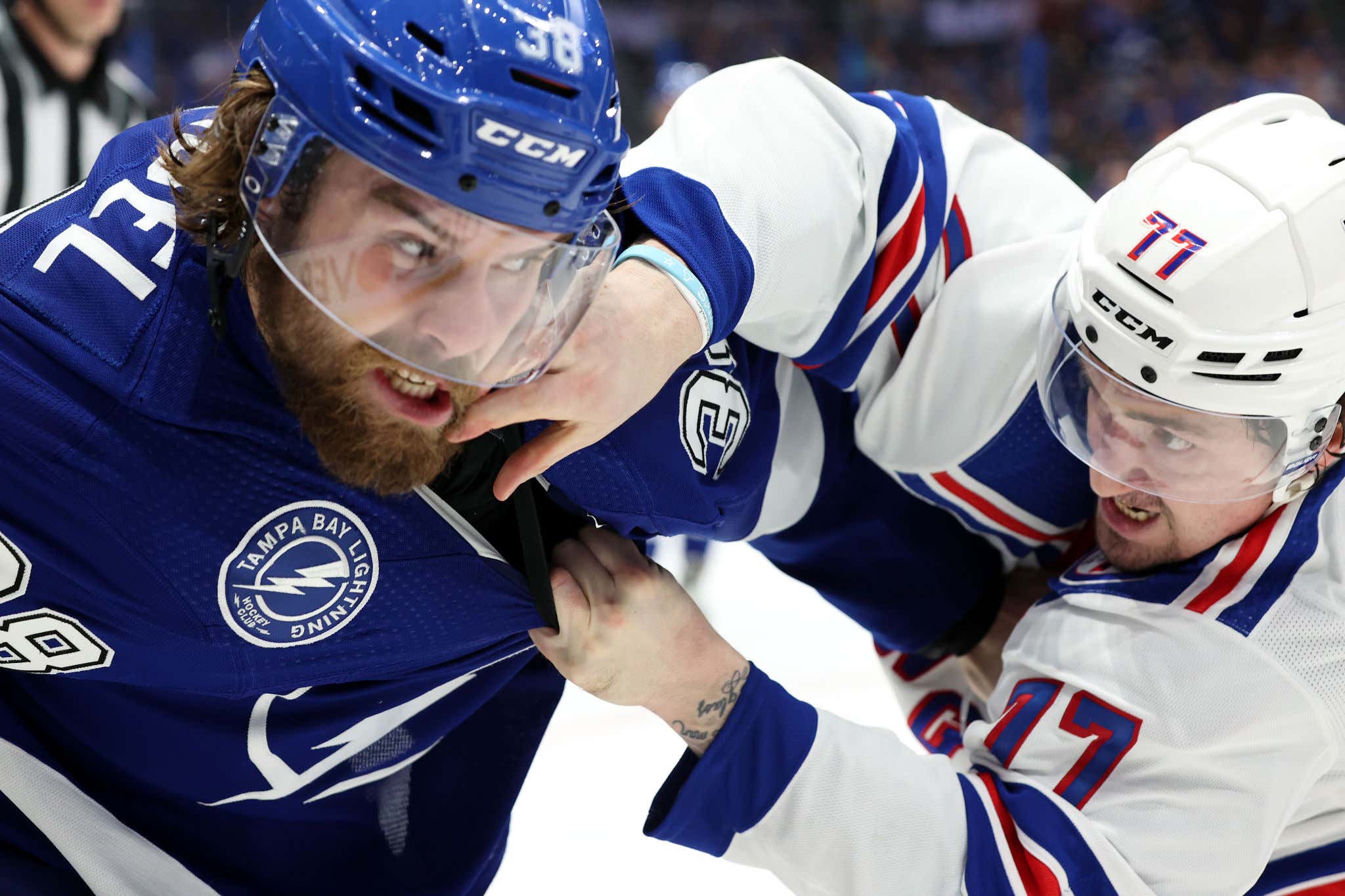 5-0 in do-or-die tilts these playoffs by a 25-13 total score, including their only two road wins.

That's all the positivity I got for the situation the New York Rangers find themselves in. Yeah it's familiar territory but this time it's against the big, bad Lightning on the heels of three straight wins. One dominant performance sandwiched between a pair of late backbreakers that separate good squads from elite. The upstart Blueshirts had leads. Had opportunities to extend or retake them. The Bolts have seen it all before though and simply wouldn't allow that to happen.

So here we go again with the Rangers needing multiple wins to stave off elimination. The first being their toughest task yet - stealing one at Amalie Arena. It'll be their 20th game in 40 days. More hockey than an overwhelming majority have ever played especially considering the previous two playoff-less seasons weren't even full slates. Guys are playing hurt. Others gotta be running on fumes. Meanwhile the defending Cup champs have found their best hockey after a long layoff and have a postseason point-per-game pivot inching closer to his return by the day. I don't know how the odds could stack up much worse.

Still gotta play the game though. Teams down 3-1 in a playoff series have a 90% probability of elimination. Rangers bucked that trend in the first round. They were a big road dog for Game 7 in Carolina & got that done too. So fuck it, might as well continually raise the degree of difficulty right? I dunno how many squads have made it to the SCF after facing multiple elimination games each round but I'd be willing to bet it's a more exclusive club than the "three straight Cups" group Tampa Bay is hoping to join. The Bolts are on the cusp of making history but so are the Blueshirts if they can somehow manage to get this back to the Garden.