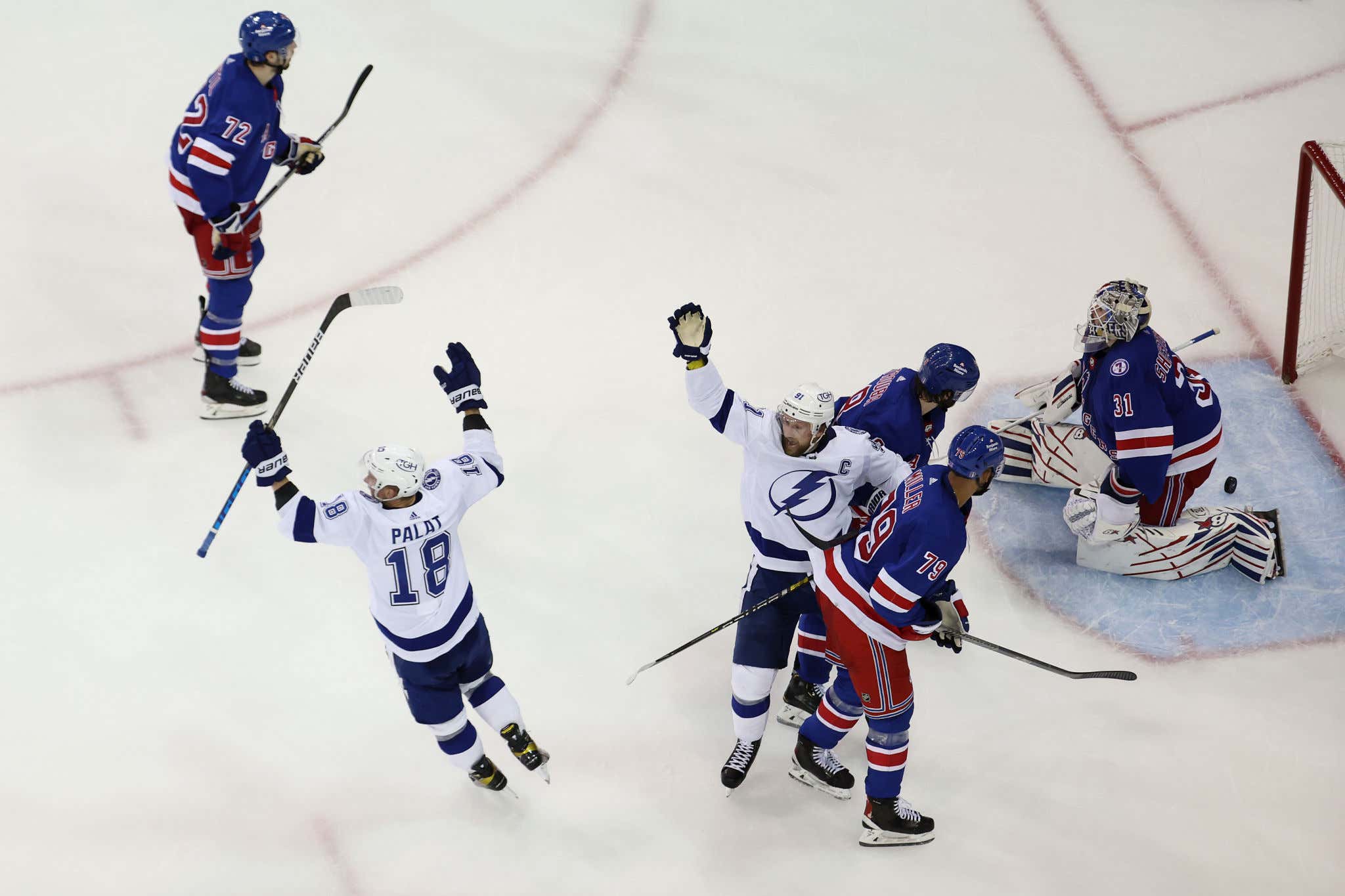 Fox just missed top corner. Lindgren stuffed on a wraparound. Copp forced a pass & turned it over instead of firing an open shot from the slot. Strome whiffed on a wide-open net. Plenty of opportunities to hammer home a third goal of the game that just felt like it'd be the winner before the final frame started. The Rangers came up empty though and let the two-time defending champs hang around until they tore the hearts out of the entire Garden just 110 seconds away from OT.

The Blueshirts battled. They got the benefit of a couple posts early then took a 1-0 lead at the halfway point of the game on what seemed like a harmless Lindgren shot from against the boards. The building was energized, Shesterkin was solid but Tampa Bay finally beat him on a wrister from the blueline where there was simply no chance Igor could see through the line of bodies in front of him. That goal definitely took the wind out of the NY sails late in the second but knotted at 1, there was still plenty of life left.

There was no reason to think the Rangers couldn't win this game going in and they proved that. The Bolts didn't dominate. Both squads defended well. In these types of games though they usually don't end in the favor of the squad who comes up empty on their quality chances to break a tie. In fitting form, another low-danger shot from distance through traffic and off the hip of Palat found its way past Shesty and sends this series back to Tampa with the champs a win away from their third straight trip to the SCF.

I said all along there was no reason to panic until the Lightning win on the road. Well here we are and yeah, it's time to panic. Tampa Bay has their confidence and swagger back. Amalie Arena is gonna be bananas - but Carolina was supposed to be a no-win situation in an elimination game and the Rangers are still here. Barely, but here. It's a monstrous ask though to expect NY to fend off two more shots at their season ending when the Bolts have all the momentum in the world and can taste the opportunity to become a dynasty within a win's reach.

At this point, at least for fans, all we can do is cross our fingers and hope these Blueshirts have another mini-miracle left in them.