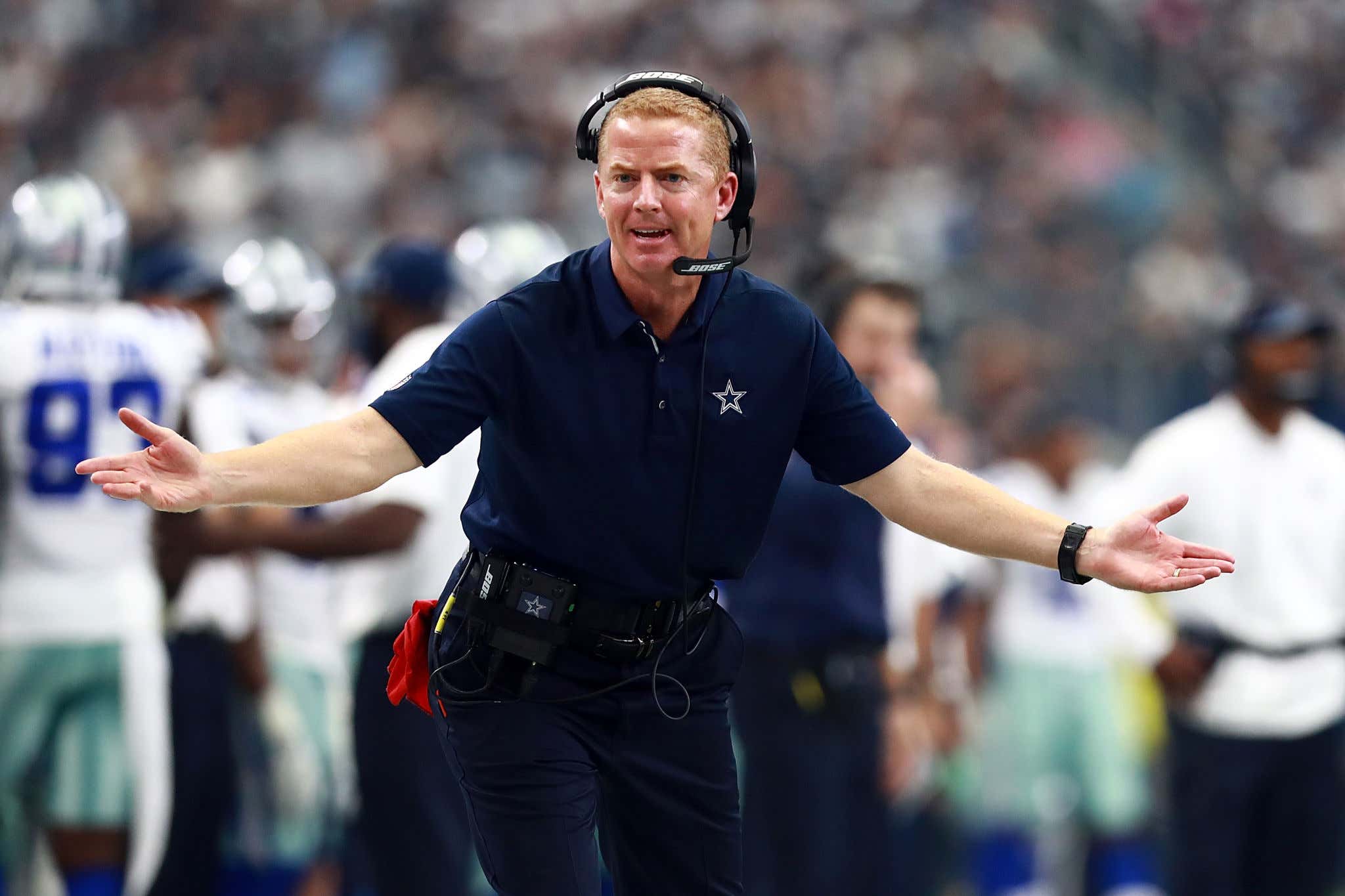 NY Post- Former Cowboys coach Jason Garrett will replace Drew Brees on NBC’s NFL pregame show, “Football Night in America,” The Post has learned. Garrett could still also succeed Brees as NBC’s Notre Dame game analyst, but a final decision has not been made there, according to sources.

Garrett has been calling USFL games for NBC this spring with Jac Collinsworth. Collinsworth, a Notre Dame graduate and the son of Cris Collinsworth, is a candidate for the play-by-play position.

What, and I cannot stress the next part of this sentence enough, the FUCK is this? TV networks have been throwing around money all willy nilly like the Rams when it comes to hiring announcers yet somehow NBC has been waiting all day to hire the guy that haunted two of the biggest NFL franchises for years and has been a clapping punchline for the other 30 fanbases for Sunday Night. Bezos is going after Marshawn Lynch for TNF. ESPN already has the Manning brothers for MNF. But the Peacock is trying to land a boring dude that did this at his last job.

Sunday Night Football is already stressful enough chasing my bets from the afternoon and needing my fantasy players to outperform projections by 10 points all as a John Williams score plays in the background. But having to listen to a guy that ran an offense from the 1990s in the 2020s and ruined two years of my sweet Daniel is the last thing I should have to deal with, no matter how great it was to see him fuck the Cowboys up year after year. So I guess fuck you Drew Brees for being so meh at your job that NBC would rather hear the takes of a blah coach over those of a Hall of Fame QB.