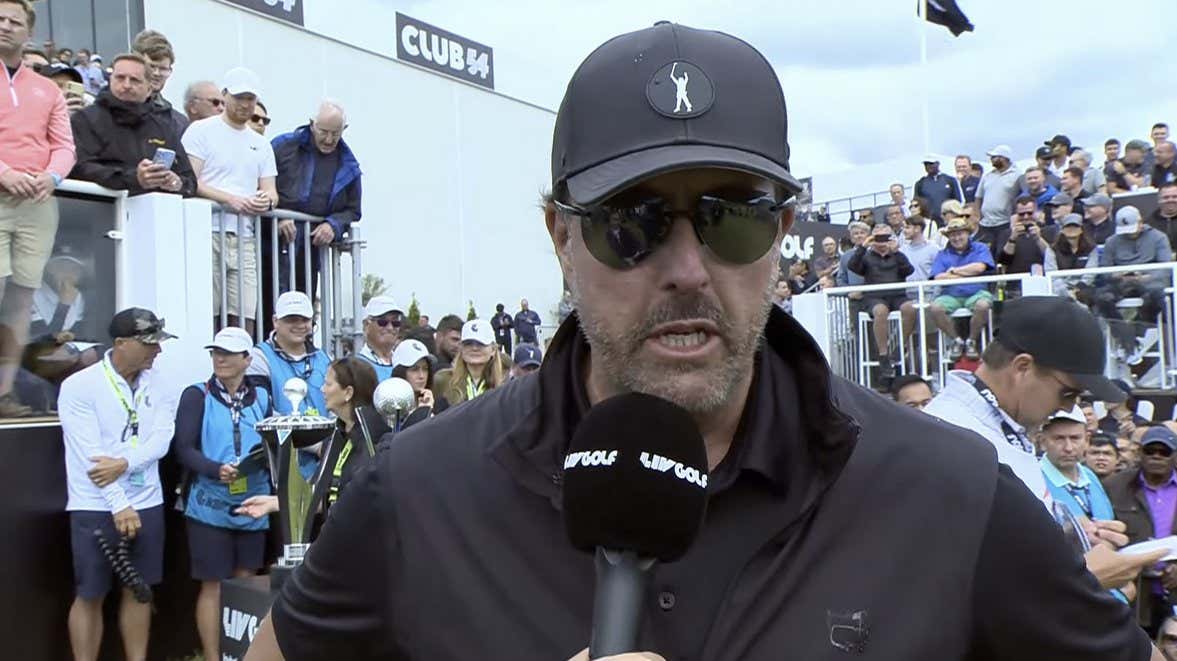 Is it cold in here? Or is a golf legend trying to send a subtle message to the rest of the golf world? And what might that message be?

Let's put the tin foil hat on for a second and throw some theories out there:

- Phil is trying to flex on everyone that he's still here and still very much an accomplished legend of the game. He wears the ANGC logo proudly, stating that while he may be playing LIV Golf now, he'll always be a 3-time green jacket winner that we'll see every April in Georgia.

- He's simply going heel by wearing black on black. Kenny Powers style, to assert his dominance. Tbh, pretty in line with what he always wears. They don't call him FIGJAM for nothing. The logo is merely a coincidence.

- It's hard to tell whether or not the vest is designed to be black on black (or at least to the degree that we see it here), or if it's been doctored by Phil. Let's say that he blacked out the logo himself. Is he cancelling the world's most prestigious golf club? Perhaps it's a fuck you for a behind-closed-doors suspension from the tournament?

- Perhaps he hasn't doctored it and he's pleading with the club, trying to win back their affection (let's be honest, this one ain't true unless Phil is a true moron).

Idk man. It's a bizarre move for sure, and surely an intentional one. This is a guy who is typically very conscious of his sponsors, what he's wearing, what he's holding, etc etc. That "coffee for wellness" phase is a prime example of that. 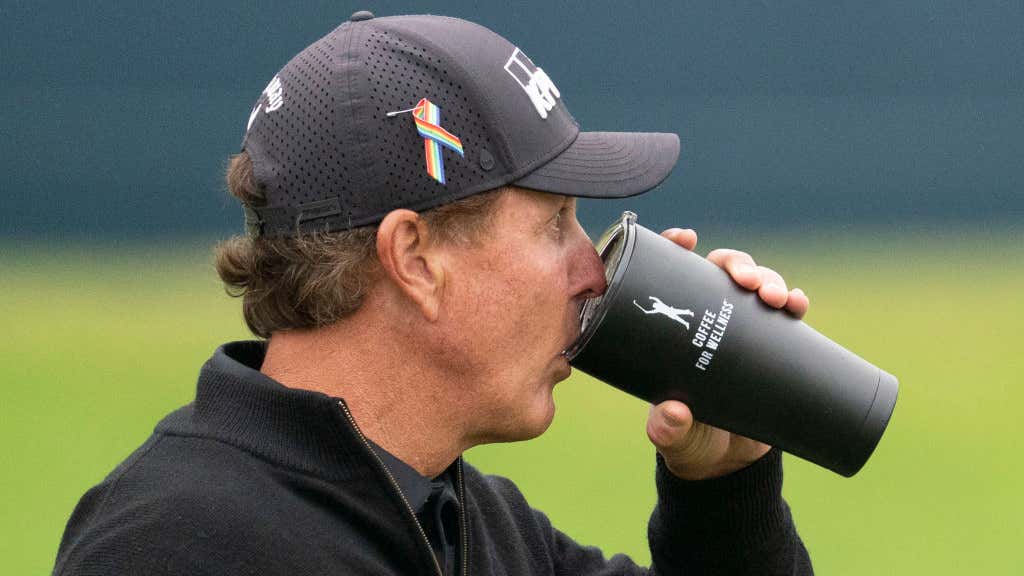 Next week is gonna be unreal. Cannot wait.