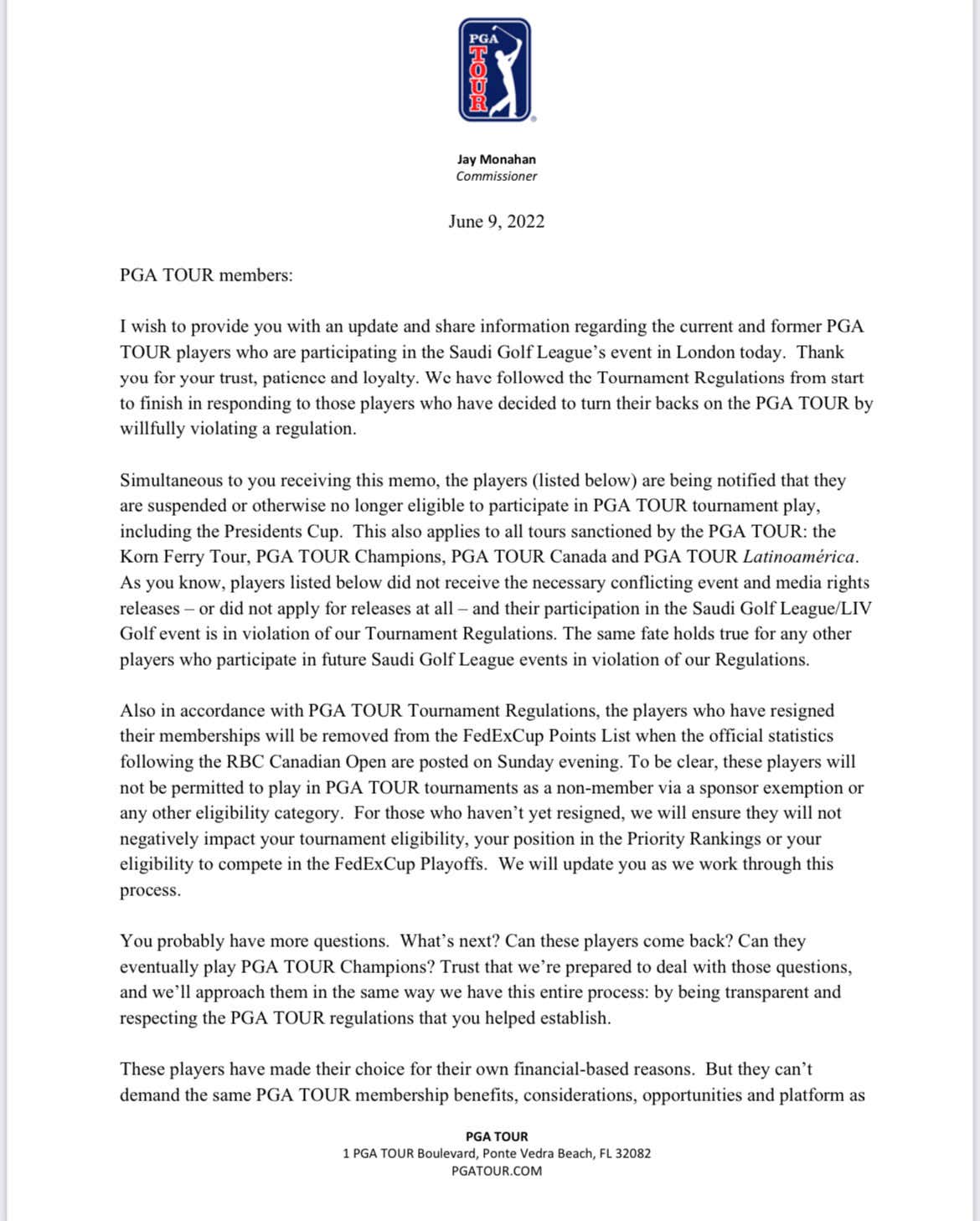 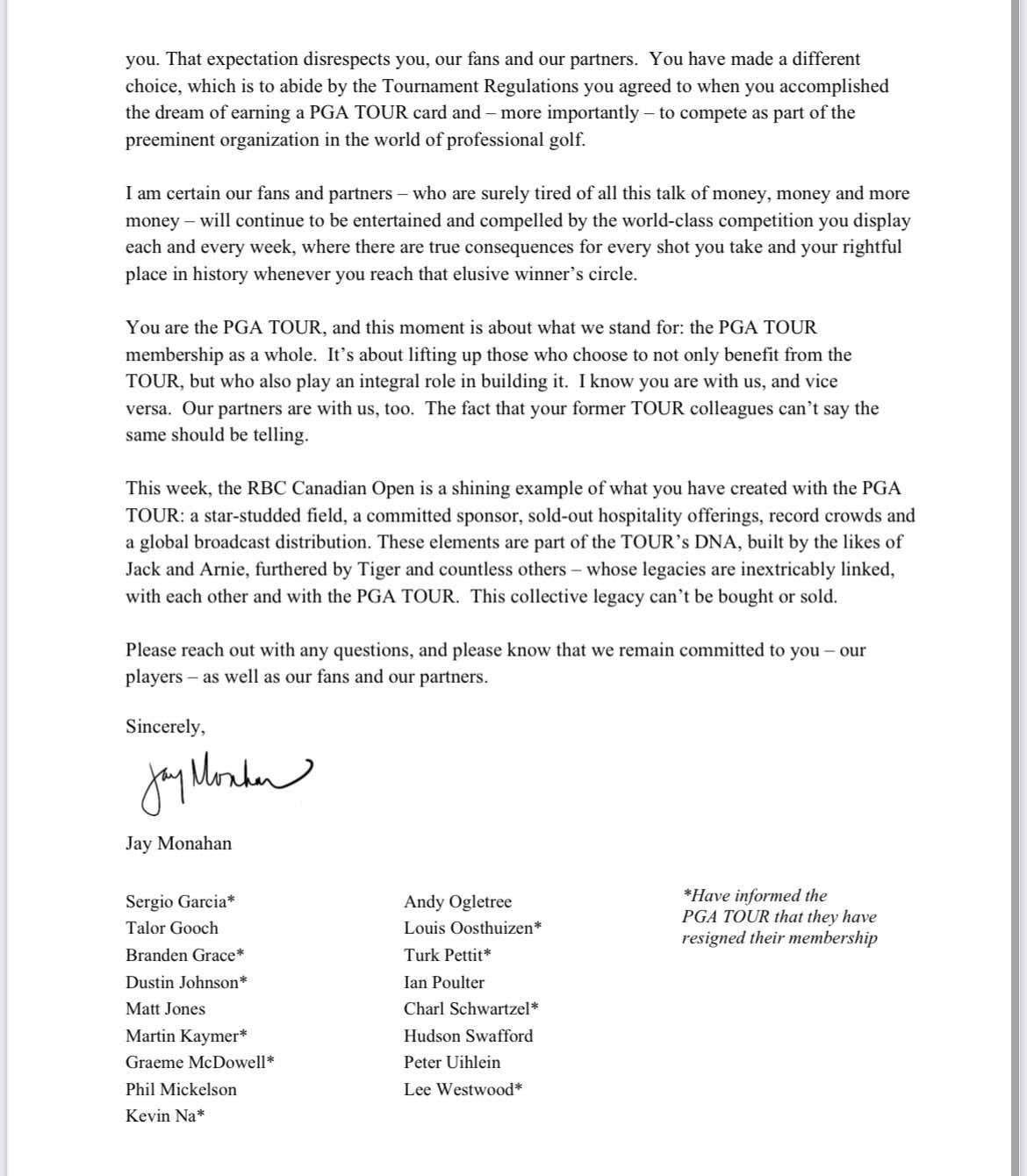 Well… there ya have it. It was inevitable and Jay Monahan and the PGA Tour waited until balls were in the air over in London, but the PGA Tour has now given their response. The proverbial hammer, so to speak. 17 guys have been officially suspended, and there's plenty more to come as we await the official defections of Bryson DeChambeau and Patrick Reed, and likely Matt Wolff, Bubba Watson, and others.

These players knew the consequences going in. Jay Monahan was more than clear over the past year or two what would happen if guys jumped ship. So this morning's announcement was more of a formality than anything.

Where this thing gets interesting is the legal implications that are sure to follow. LIV Golf CEO Greg Norman has been adamant throughout the process that his team is prepared to do battle with the PGA Tour in the court room just as much as the golf course. His stance is that the golfers are independent contractors who are free to play where and when they choose. I'm no lawyer, but I would think the PGA Tour is just as free to say who can and cannot play in their tournaments. But again, not a lawyer.

I really have no idea how much leverage either side has here. Initially it sounded like Greg Norman's threats of litigation were hollow, but I included these tweets in a blog the other day that suggest that might not necessarily be the case. Or at least for the top guys who have (had?) higher PGA Tour card priority:

There are surely players that saw the money and didn't think twice (looking at you Poults and Westy)… but there are also may be players who measured their legal risk and became convinced that they do have some legal footing here to return to the PGA Tour should things go sideways. The fact that LIV Golf is building strength makes me think they've really got some ground to stand on based on how the PGA Tour bylaws are currently constructed. I'm sure the PGA Tour's lawyers are working as diligently on revising and strengthening those bylaws as they are defending the ones currently in place.

All of this makes for an extremely scintillating era in golf and that continues to build with every big name that makes the jump.

I've said it all week, this is only the beginning. Getcha popcorn ready…